Beekeeping for a healthy ecosystem 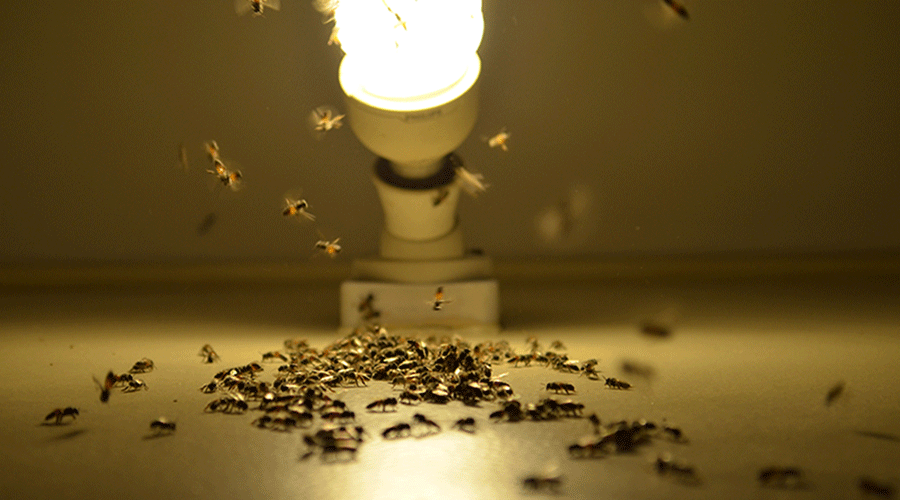 Many a times, we are faced with such incidents that give rise to the feeling of uncertainty in our lives. Well, human life is anyway full of uncertainties. Such incidents or situations often change the course of our life but they also leave behind a lot of learning and experience for us. It is, therefore, important to take careful notes of these incidents or situations and then reflect upon oneself. But this can only happen if one leads his/her life in such a way that they truly experience every moment, going beyond the conventional “right” and “wrong”.

Who knows what experience may change the course of our life or give a new meaning to our life. Something similar happned with our next ‘parinda’ a few years ago, thus, changing the course of his life’s journey and giving a new meaning and mission to it.

Amit Godse, like most youngsters, had completed engineering and joined a big company. He was earning well and had bought a place for his family in Pune. However, there was a big beehive in the building, and scared residents had called pest control personnel who set fire to the hive, killing thousands of bees at once.

This disturbed Godse to quite an extent and he began to think about how he could change the situation. Soon, he got a chance to visit an organic farm where he was introduced to beekeeping. Once again, his curiosity and interest in safeguarding the bees grew. When he returned to Pune, he carried out extensive research on beekeeping. Godse even quit his job so that he could focus more on his research, and decided to go for professional training in Mahabaleshwar and Pune to become a beekepper. Protecting the bees had become his mission. And as he continued to work in the field, he realised the close bond that human life shares with bees.

Godse tells me, “Various research studies carried out by scientists are enough proof to tell that the use of insecticides on farms is posing a major threat to the species of bees. Bees feed on pollen and nectar produced by plants. Female bees collect pollen to feed their larvae, storing it in pollen baskets on their hind legs or on branched hairs on their body. As they go from flower to flower, bees inevitably lose some of the pollen they have collected, which may land on the female parts of other flowers of the same species, resulting in cross-pollination. Just as much as bees have a role in ensuring the survival of humanity, we also have a role in ensuring their survival. This way, we can ensure that the symbiotic relationship we have with bees will endure for many more generations. All elements of an ecosystem are important for the functioning of that ecosystem. The elements may be positive or negative from a human perspective, but we cannot look at nature from a human standpoint alone.”

“Well, ecosystems are complex, possibly too complex for us to be able to understand all the connections, actions and interactions that take place within them. If we do not know what will happen if we change something, it makes no sense to rush and make those changes,” he explains.

Albert Einstein had once said, “If the bees disappeared off the surface of the globe, then mankind would only have four years of life left. No more bees, no more pollination, no more plants, no more animals, no more man.”

I had several questions for Ghodse: How many bee hives does he breed? What costs him the most as a bee keeper? How does he sustain himself?

“The question is not how many hives but the proper management of honeybee. You need a suitable location for honey production and consequent pollination. After these steps are taken care of, you have to rely on Mother Nature to work in your favour. After all of these stages are accomplished, you must the hope that the bees are not poisoned by the crop farmers, who trying to make a living for themselves. But, there are a lot of people who’re making a sustainable living from beekeeping, and are making enough to hire an entire team to work for them. And yes, I am able to sustain myself as well,” he says.

For those who’re interested in becoming beekeepers, Godse suggests that they should first learn and work under an established beekeeper before going independent.