Decoding Politics: Of, in, about Food 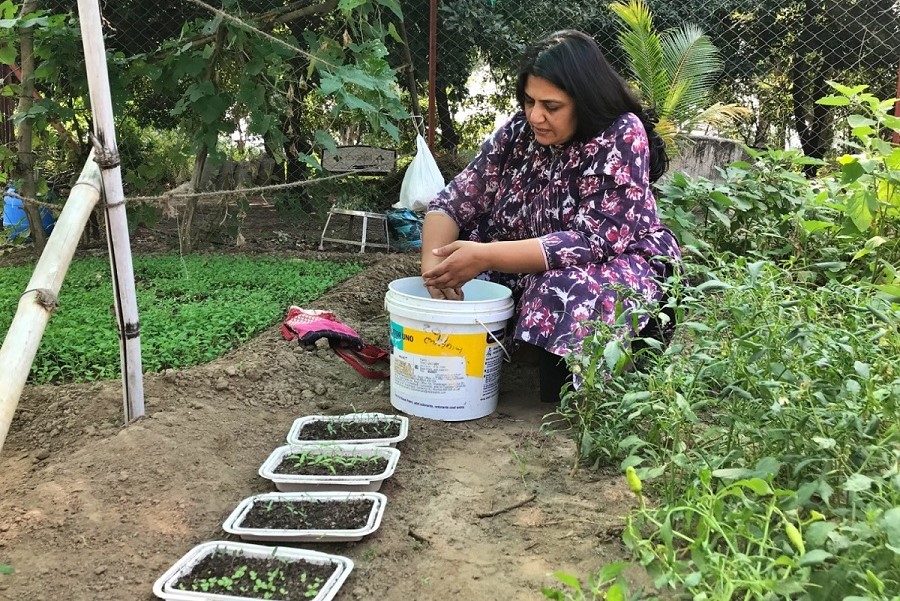 Women farmers are often unheard, or unrecognised in the mainstream agrarian discourse. Purvi accents her existence as a “woman farmer”, voicing her opinions and asserting the rights. She is also a professor imparting knowledge of- Politics of Food, a niche study focused on covering the nuances of food choices and systems through the lens of the present world denominators (such as capitalism, casteism, colonialism, mannerisms, and other ‘isms’). 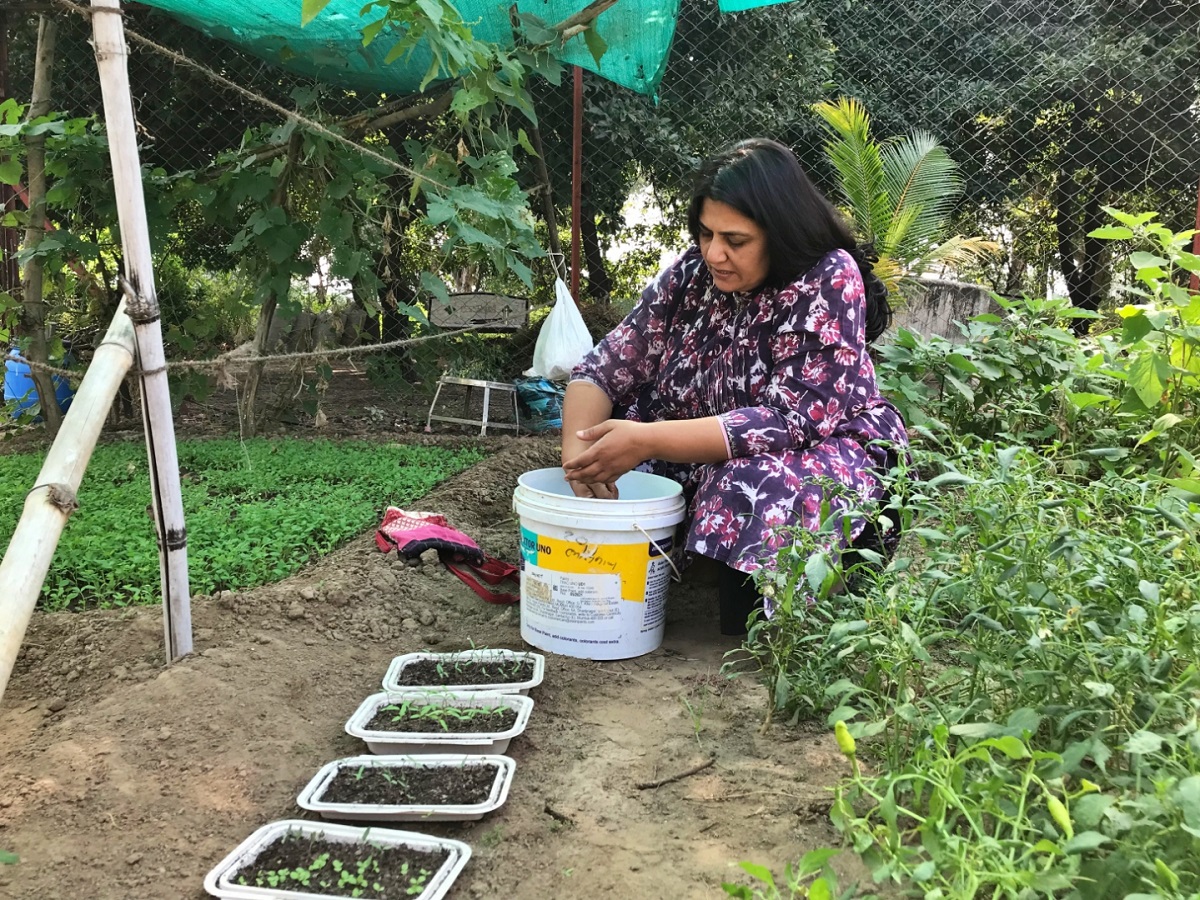 Purvi experimenting with a new technique of watering saplings in her farm (Photo: Saumya John)

Purvi was unaware of the theories of food systems before she chanced upon the opportunity to set up a farm on her mother’s property. It was then the start of her relationship with research, and practice on food systems. She tutored herself on topics of agriculture, communities, cultural significance, consumption patterns, and more. The interlinks of agriculture as a cultural, regional and seasonal activity constituted a revelation for her. Combined with her love for food, her quest to read more and engage in conversations, she could join the dots of inquiry- from Columbus’ voyage for pepper to the French revolution, she found a common ground of food, culture, habits and climate, among others. 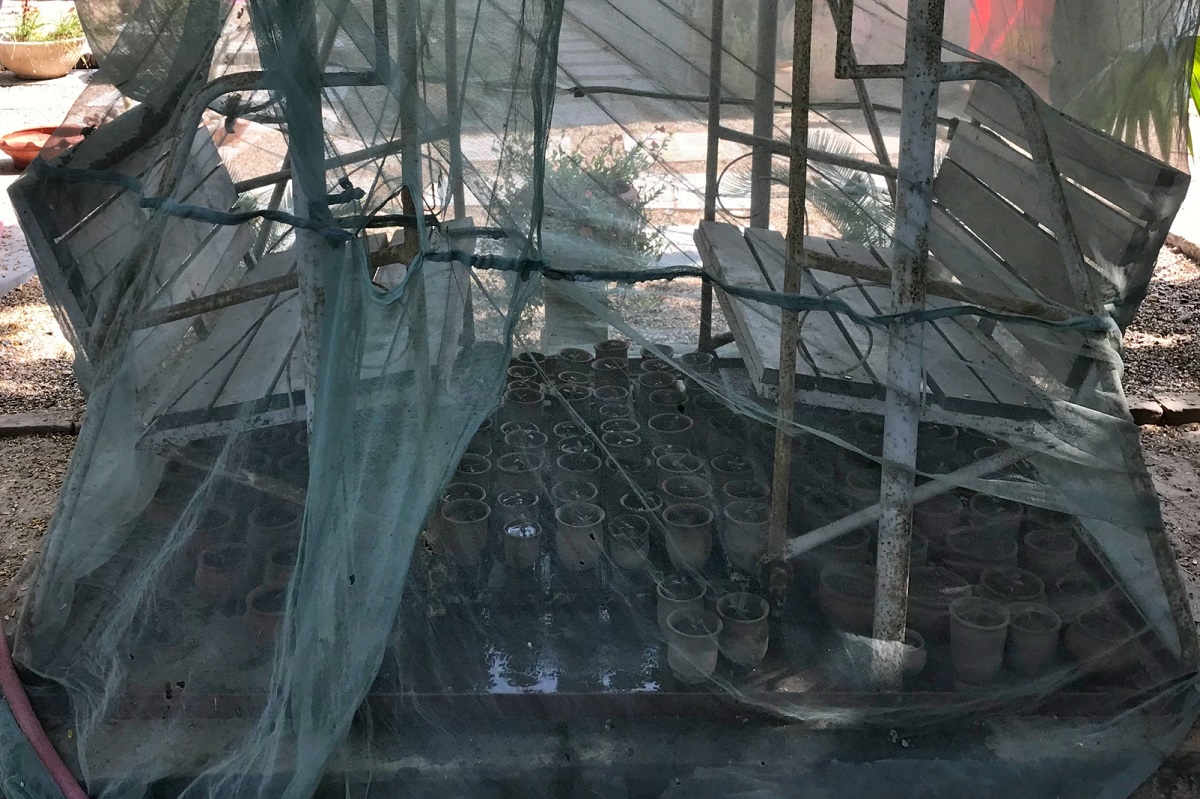 Making use of available space to set up a nursery (Photo: Saumya John)

As a medium to articulate her learnings, she began conducting workshops on “understanding food systems and the politics around them”. These workshops acted as an opportunity for her to magnify her reach by teaching college students as well. At present, she is associated with five different universities, along with her engagement with women farmers in a non-profit organisation- ‘Working Group on Women for Land Rights and Cohesion’. Her workspaces are stark opposites with regards to the audience; their social and economic backgrounds, their relation to food systems, and their accessibility to make choices. 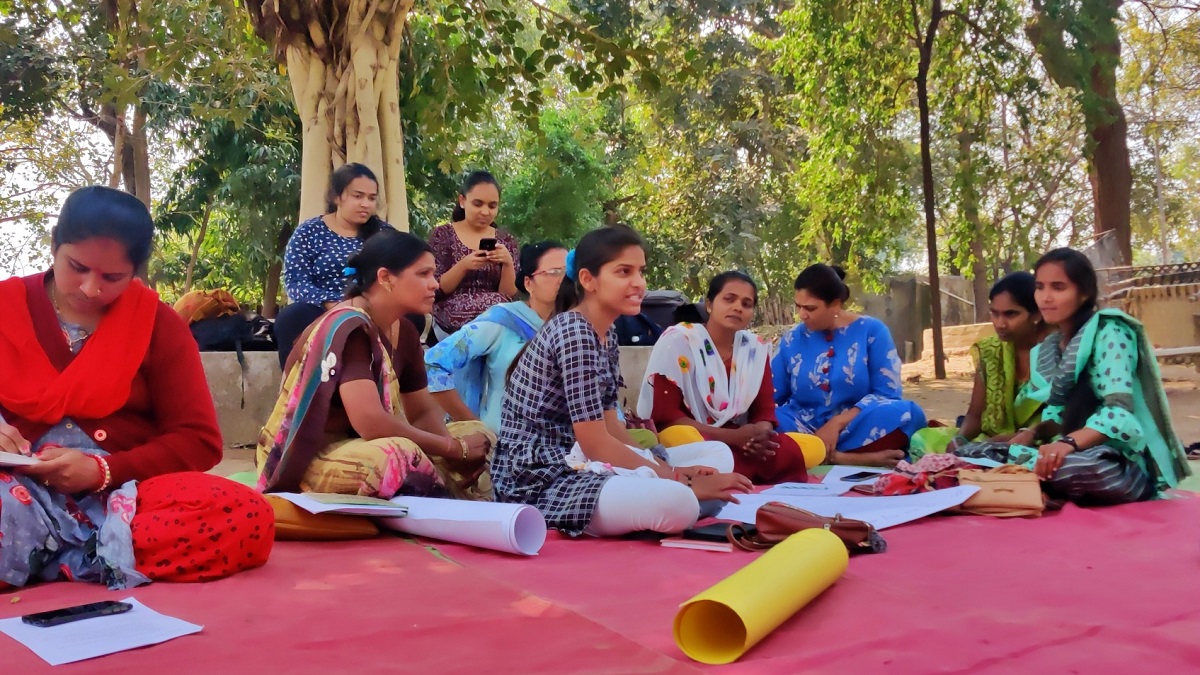 Purvi has embarked on training particularly women farmers to transition to organic farming. She guides the women to recognise and leverage their inherent skills, knowledge and abilities. Along with, navigating their way out of considering themselves just as extensions of their relationships as a wife, sister, or mother. The social stratification placing women at the lowest rung in society plays out in subtle ways in farmlands, amplified through the layers of caste. Decisions about the farm seldom include women, who toil on the land or are part of the land-owning family. Purvi’s efforts are to make these women farmers visible and heard.

“I am hoping people are listening, the whole idea is not to change the world or stop them from eating processed food. I just want them to understand that when they eat from packets there is an impact- it does not happen in isolation. There are many people, including themselves, who are affected by it.” 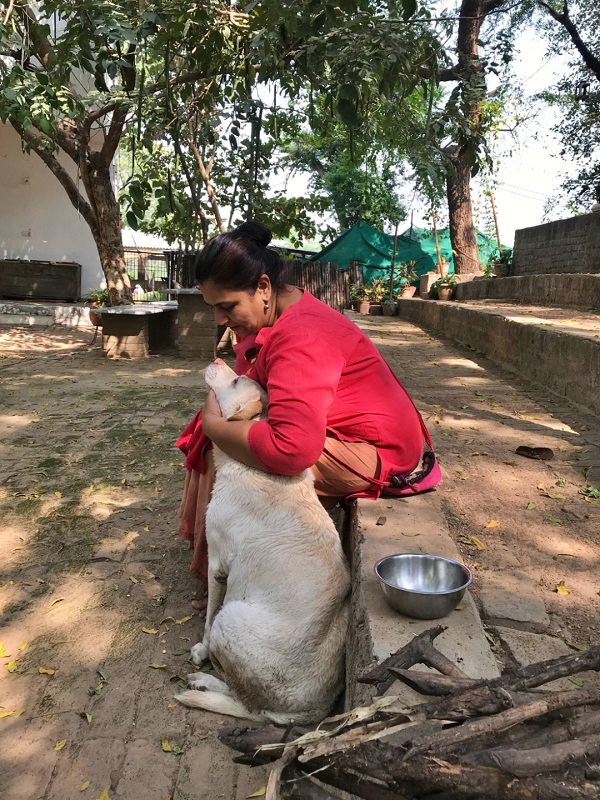 Purvi with one of her fur babies Reva at her home where she conducts workshops around the politics of food (Photo: Saumya John)

Organic farming holds its ground on a strong community, as it includes the upheaval of practices that are engineered to support only toxic-chemicals-based farming. The uncertainty of produce, pest invasions and disrupted supply chain are some of the demotivators for farmers to transition to organic farming. Hence, Purvi supports the community that she is part of, to secure financial resources, develop market networks and receive moral support. She connects the transitioning framers with like-minded potential customers of the produce to aid in adaptation to organic farming.

The existing political and economic environment makes it all the more challenging for farmers to make shifts in farming practices. “Food Inc.”, a documentary Purvi refers to while teaching about the politics of the food systems, narrates – “McDonald’s..they trained each worker to just do one thing again and again and again. By having workers who only had to do one thing they could pay them a low wage and it was very easy to find someone to replace them… that mentality of uniformity, conformity and cheapness applied widely and on a large scale has all kinds of unintended consequences”. In such a scenario, Purvi’s training and support is instrumental for the ones who require direct information, updated knowledge as well as an understanding of the benefits of shifting to organic farming.

The politics of food is beyond the demarcation of political and democratic boundaries; it encompasses the accessibility, affordability and more so the acceptance of food choice and selection. Ranging from eating a  packet of potato chips to specific variants opted due to religious sentiments. Each move towards such choices holds immense power to drive markets. Food imports, resource assortment, foreign processing units, targeted advertising, engineering food to make it ‘addictive’ to taste buds are all the results and causes of individual food choices and structures facilitating this. Purvi’s acts in making the individuals around her to be aware of this power have been a steady process. From an urban college student consuming a mass-produced burger, or a rural farmer growing food with toxic chemicals, there is resistance, yet hope for realisation. 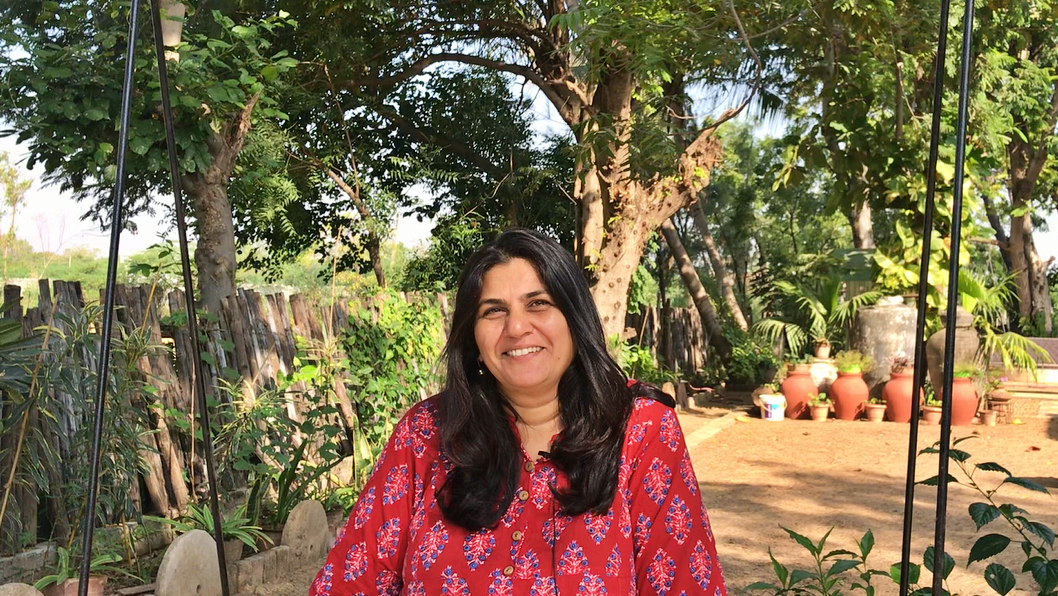 Purvi at her residence in Gujarat (Photo: Saumya John)

Purvi can be reached at: poorvivyas@gmail.com