Filmmaker who Travels across India to Document Stories of Change 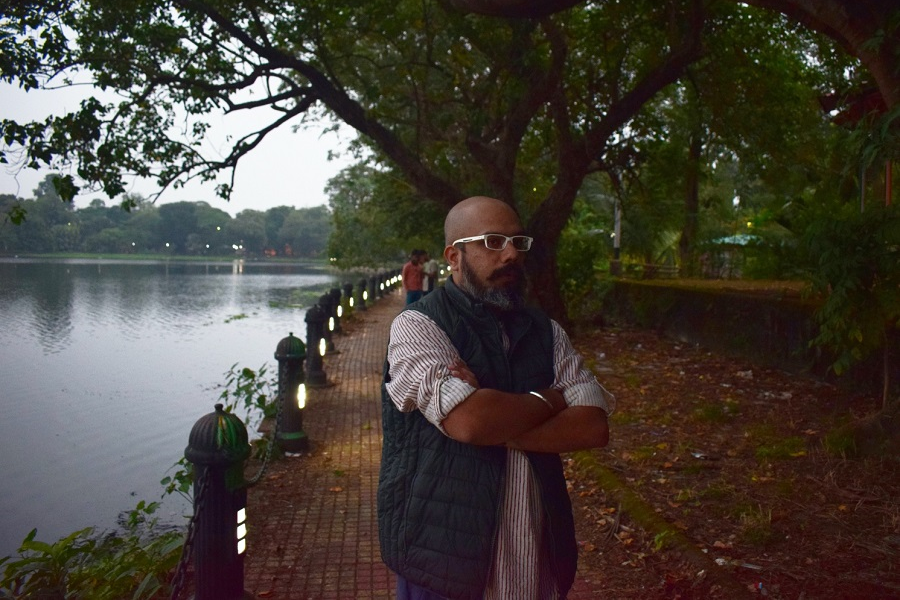 Can learning take place outside of the classroom? What are some of the alternative ways to acquire education, especially at a primary level? These are some of the questions many young parents are grappling with due to the increased use of technology for education owing to the pandemic. Given that schools around the world were closed for a significant period of time, these questions have become imperative and have resulted in the reimagination of the classroom. However, several individuals started to rethink education way before the pandemic to develop a robust, relevant, and sustainable model of learning. For instance: a learning model which does not emphasise solely on rote learning and equips the child to think critically or help them in identifying their true interests which may go beyond the structure of the traditional curriculum, or going beyond the traditional relationship that exists between technology and education. Furthermore, experiential models of learning like community-based learning are largely unheard of in India. Here is the journey of a film professional and his quest to learn and document such unique learning practices and various other conscious efforts of living by diverse individuals in India. 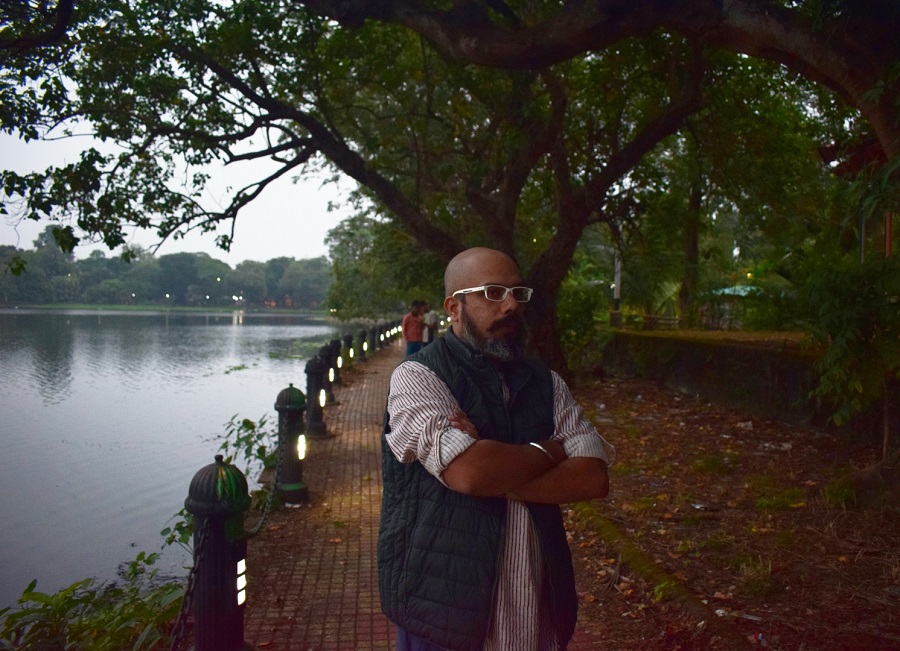 In 2019, a year before the COVID-19 pandemic, Mumbai based filmmaker Sourav Dutta started an initiative called ‘Project Nomad’ alongside two Pune based educationists Harshad Tathed and Abhilasha Kulkarni that aimed to document alternative educational and learning practices across India. They hoped to bring forward the stories of attempts by individuals to establish alternative learning spaces for young parents to have a platform to understand the challenges and complexities associated with education in India. Sourav’s gradual transition process from working in the mainstream Mumbai film-television industry to being an independent filmmaker is quite intriguing. This journey started from his hometown, Kolkata, which brought him to the city of dreams. Sourav, who neither went to any film school nor completed his undergraduate studies, landed in Mumbai in the year 2011 when he got an offer to work in the film industry based on a short film that he and a couple of his friends had made in Kolkata. “I had executed a shot wherein the protagonist had a double role. As part of this shot, the requirement was for the protagonist to stare at his own dead body. I did this without a proper chroma background which is the norm to execute such shots. I did it using a blue tarpaulin that was lying around at a friend’s place because of some painting work that was happening at his place during that time. One of my seniors saw this shot and was impressed by how easily I executed this. Thus, when he was away for work, he called me to take up a vacant spot at their production set. That is how I landed in Mumbai,” says Sourav, reminiscing about the time he spent in the city learning the trade of filmmaking. 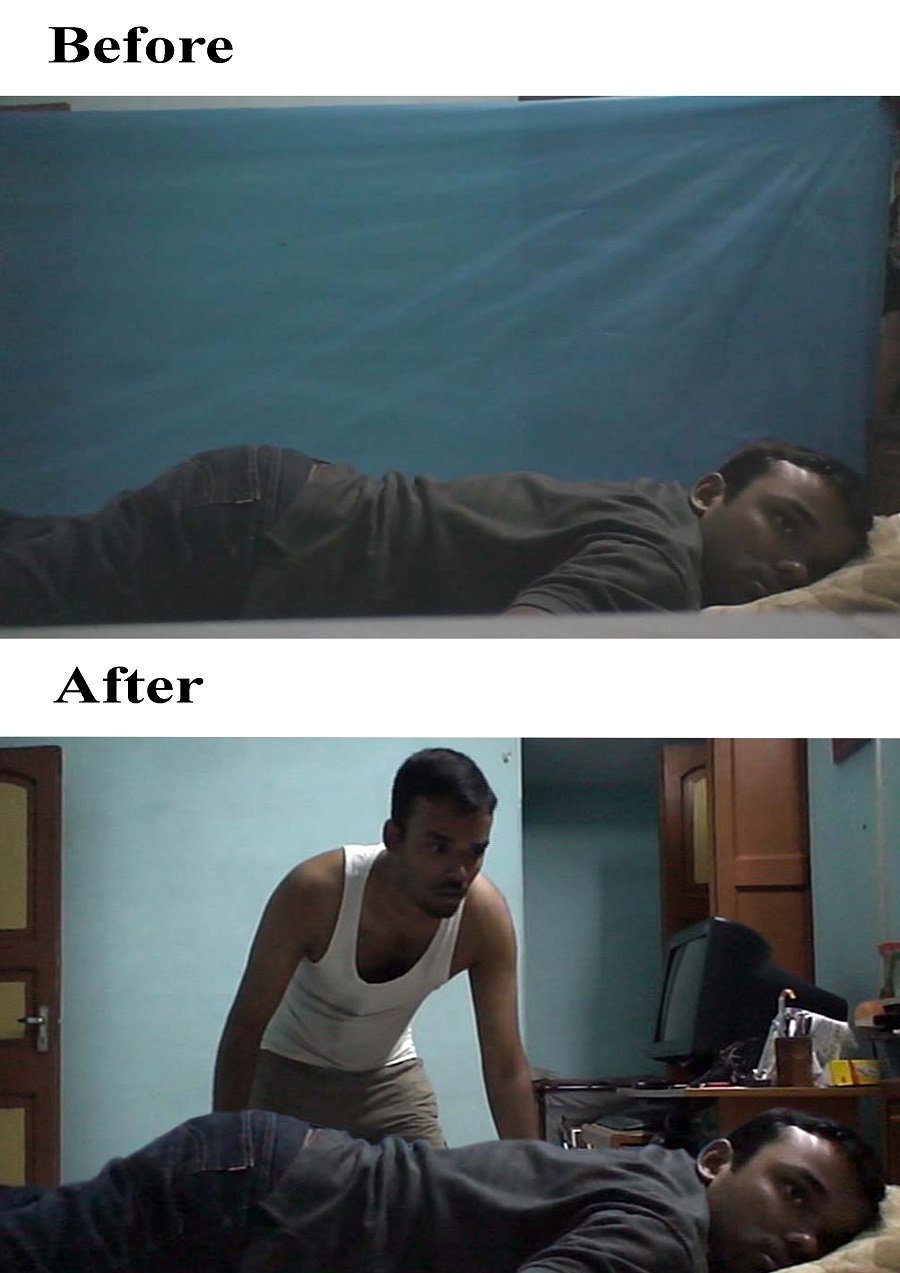 The making of the shot paved the way for Sourav to arrive in Mumbai, circa 2008-09 (Source: Sourav Dutta)

Although he studied Science in his high school and later was enrolled on an Economics programme, he never planned on becoming a film professional. “… I did not go to a film school, I was more keen on learning various aspects of filmmaking that revolve around pre-production, production, and post-production,” he asserts. Thereafter, Sourav worked diverse roles in various successful productions, but slowly realised that his learning remained stagnant. He was not allowed to implement any of his knowledge despite some of his ideas being appreciated by his seniors and peers. “There is a fixed set of rules that is adhered to within the television-film industry, i.e., the creative process is structured in a manner that there is no room for new kinds of development,” says Sourav, recalling his past experiences. Around this time, he had a discussion with director Satish Kaushik who encouraged him to look for other opportunities that may provide the space for him to grow as a professional. In time, he realised that he must interact with other individuals for him to grow as a professional and produce meaningful content. With this mindset, he welcomed the challenges that came with independent filmmaking. 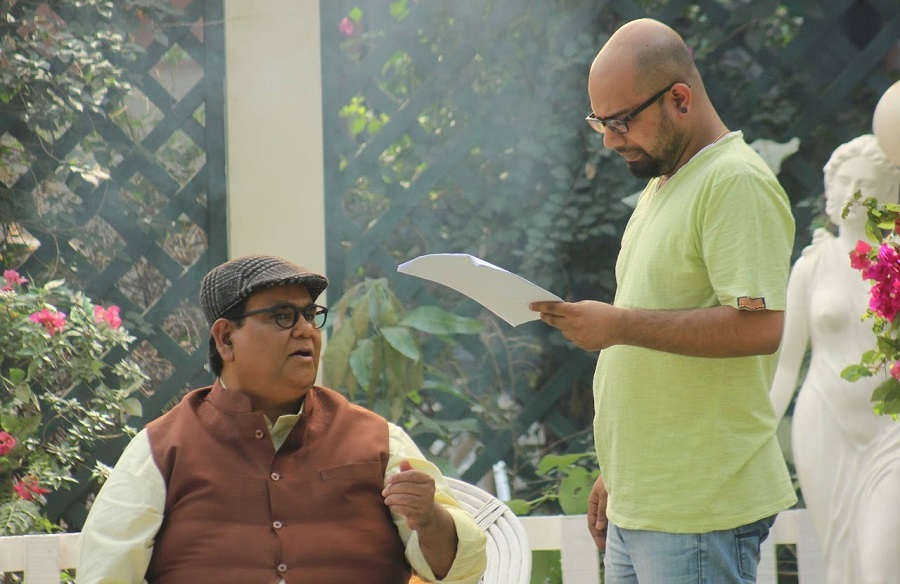 Soon after, in 2016, Sourav’s son was born which led him to rethink some of the learnings that he would like to pass on to his son. “I did not want my son to be part of the same educational structure that I was a product of,” says Sourav smiling about some of his own past experiences. This was when he started to look for alternative and sustainable learning spaces and started a group on Facebook called Home-schooling India in 2017 to form a community and brainstorm with other like-minded parents. The group initially started with a handful of interested members. “Since the pandemic began, the number of members rose to 13,000. Now I get calls from parents across the country who are interested in home-schooling and do not wish to send their children to mainstream schools,” he adds. Around this time, he gained an insight into the alternative educational spaces that exist within India. Hence in January 2019, alongside Harshad and Abhilasha, he launched Project Nomad to document such distinct learning practices. Their goal was to make these spaces known and accessible to other individuals in India and elsewhere. According to him, “learning processes should be fun, inclusive, and not rigid that allows one to grow as an individual and develop one’s interests.” Ever since then, as part of Project Nomad, Sourav has documented various sustainable alternative spaces across the country that deal with a range of themes – from natural farming to educational spaces. According to him, this initiative is called Project Nomad because individuals back in time would travel from one region to another looking for sustainable educational and livelihood opportunities. He adopted a nomadic lifestyle to travel and document these unique initiatives and as a result of this, the initiative is named Project Nomad. The kind of educational spaces that he documents are alternative because these spaces are all purpose-driven as opposed to revenue-driven which makes them sustainable in the longer run. “The individuals who run these initiatives are not concerned about making money but look for ways to make an impact,” echoes Sourav who immerses himself in the documentation process by living with such individuals and interacting with the larger communities they seek to make an impact on.

There have been various material challenges associated with an initiative such as Project Nomad. However, for Sourav, it is the exchange of energies that matters and the relationships that he has formed with communities that keeps him motivated. For instance, his first story as part of Project Nomad was with an inclusive educational school based out of Karjat district in Maharashtra known as Samaaveshi Pathshaala run by Ashok Shah and Nivedita Tiwari. “I would visit this school once or twice every year to help them in any capacity I can. I find the core idea of this initiative very inspiring wherein both differently-abled and able-bodied children study together. The unique pedagogical approach adopted by Samaaveshi inspired me to learn more about this initiative and the kind of impact it had on the children who study there,” he adds. For Sourav, these are not mere stories of successful alternative ventures, but lived experiences that he would like to voice using his skillsets.

Thus far in his journey, apart from voicing sustainable alternative learning models, Sourav has documented various conscious ways of living in India – from natural farming practices, sustainable ways of water conservation, to problems faced by marginalised communities as a result of the climate crisis. He believes it is important for one to know where their food and water is coming from. For instance, what are the conditions under which vegetables are being produced or how clean is the water that one gets to drink in cities. With widespread consumerism, individuals have stopped questioning the authenticity of the food and water that they consume – something he considers to be the bare minimum that one can do when one aims towards living an ecologically conscious lifestyle. According to Sourav, the long-term goal of Project Nomad is to form a community wherein the emphasis is on happiness and living in harmony with the rest of  nature. He believes that the learning experience in its true essence cannot be monetised, and it must flow freely like air. His dream is of an inclusive society wherein every individual has equal access to resources. In future, based on his present learnings, he hopes to build a community and prove that such coexistence can effectively be achieved with the right ethos. Currently, he uses his skillsets in filmmaking to raise awareness on diverse issues and document stories of individuals invested in socially and ecologically conscious lifestyles. He perceives film as a medium that can be constructively used to produce discourses on intricate socio-political and environmental issues.

Sourav Dutta can be reached out at: sourav.gmjns@gmail.com

Check out the social media handles of Project Nomad:

If you would like to volunteer, donate, or contribute towards the work that Project Nomad does, reach out to them at improjectnomad@gmail.com

Teaser/SEO description: Sourav Dutta, co-founder of Project Nomad, who experiments with the medium of cinema to explore learning and education.