The Saga of a Seed Saver 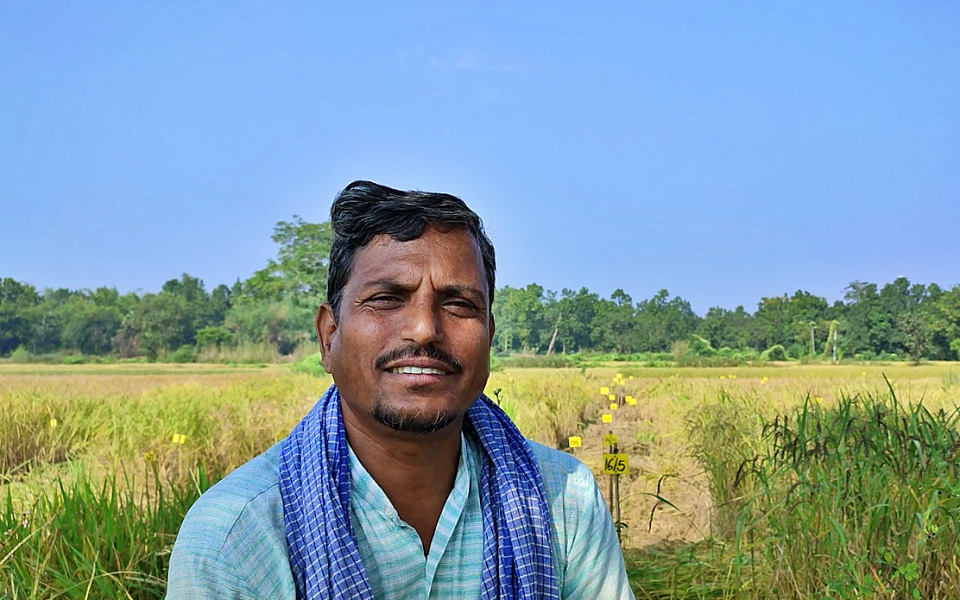 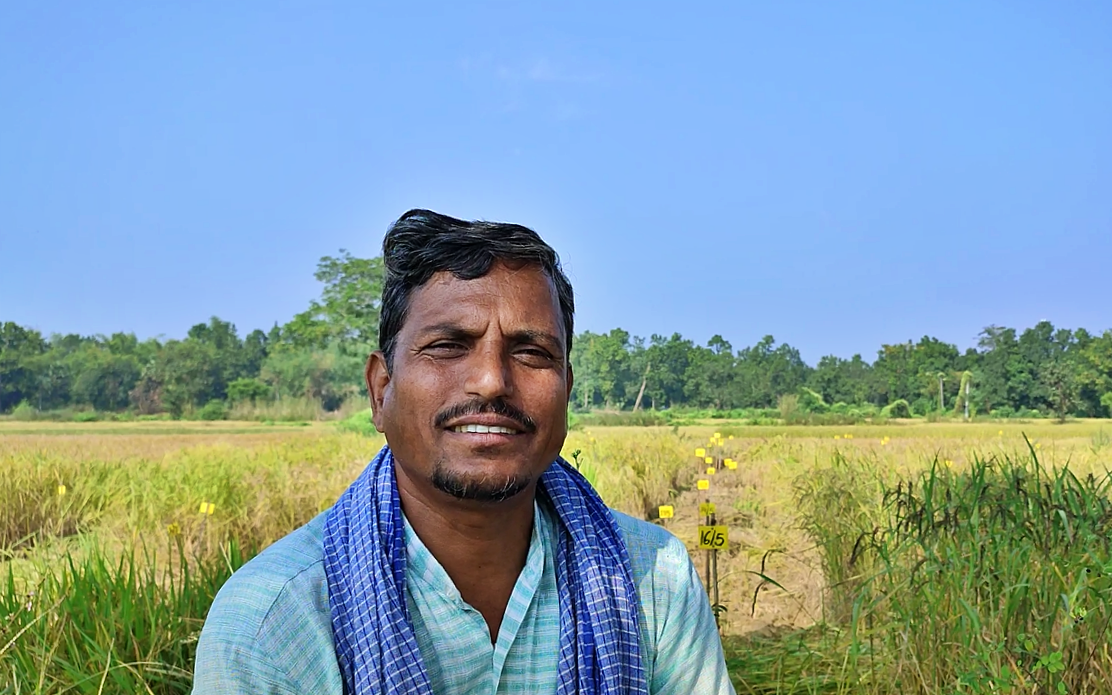 Successful food systems are anchored on “seed”; nurtured by water, air and soil and given subsistence by a farmer. Growing food isn’t just a livelihood, it is also a channel to give back to the life-cycle of consumption– a skill that is inherent to some while others can simply learn; Bhairab Saini continues the legacy of his farmer ancestors while pursuing a new-age farming livelihood.  He displays it as an act of resilience as well.

He was practising farming since 1993, it was only in the year 2004 he began farming for organic produce. The backdrop of his shift to organic was based on his assisting experience in 2002 with Dr Debal Deb, an agricultural activist and ecologist who started his own Rice Research Station (RRS). At RRS, Bhairab understood the ‘how’ and ‘why’ of the resilience of indigenous seeds against genetically modified/hybrid seeds. While the former seeds would survive (germinate) in floods and droughts, the latter would struggle to do so.

It was Dr Deb who reminded and showcased to the residents of Arjunpur, a village in Bankura district of West Bengal, how organic farming is not only more economical but also a better way for natural resources. As Bhairab got familiar with the concept of organic farming and an understanding of the harms of using chemicals in farming; he was soon willing to convert his farm completely as organic against the apprehensions of people who suggested experimenting in a small patch of land first. He was the only farmer at the time to practise non-toxic means of growing food. It took his neighbouring farmers two more years to transition after witnessing successful harvests in Bhairab’s farm, with minimal inputs. 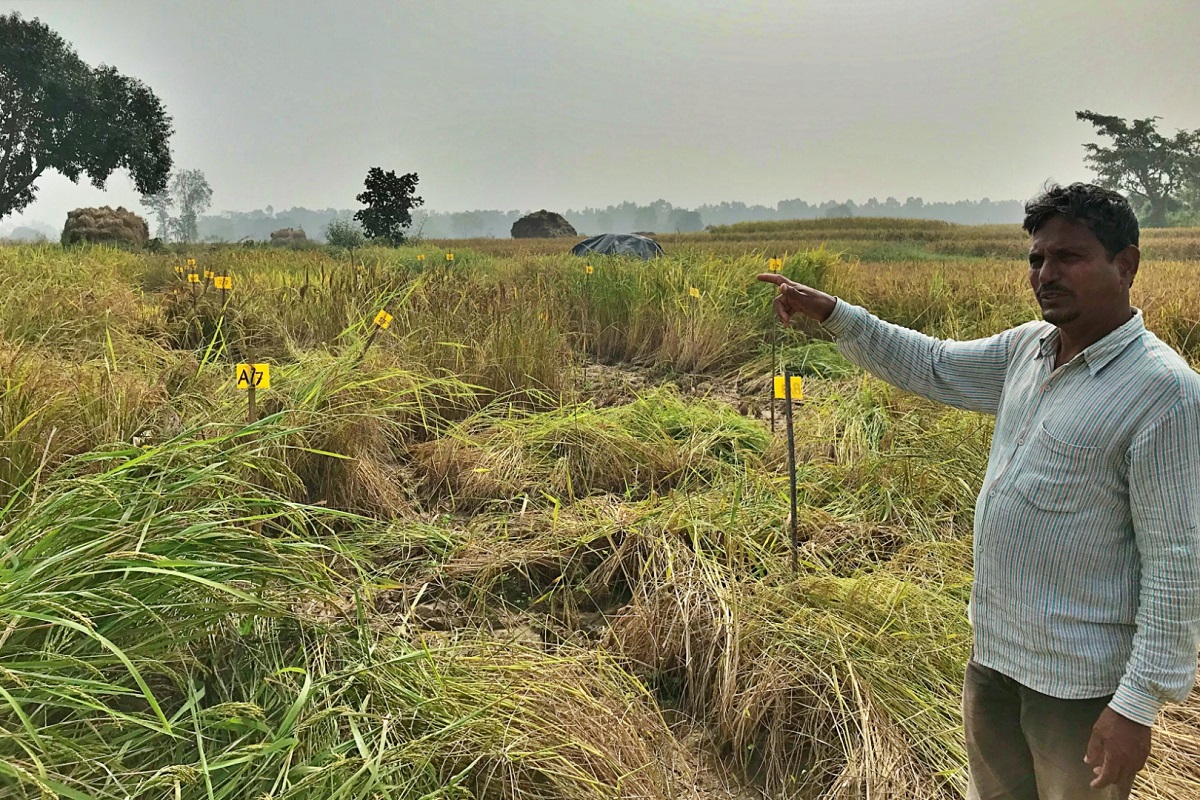 Bhairab at his farm, where he grows paddy in small patches to save seeds. (Photo: Saumya John)

“It is not just toxic farming; it is us feeding ourselves toxic food, corporations selling us poison, pesticides, herbicides which we consume through food and slowly poison ourselves. The same corporations will also sell us treatments, for cancer, for diabetes and many more. To save ourselves from their network we have to do organic farming for the health of the self and the environment. Nature will exist even if humans don’t exist but for us to stay alive we need nature and natural ways of farming.” 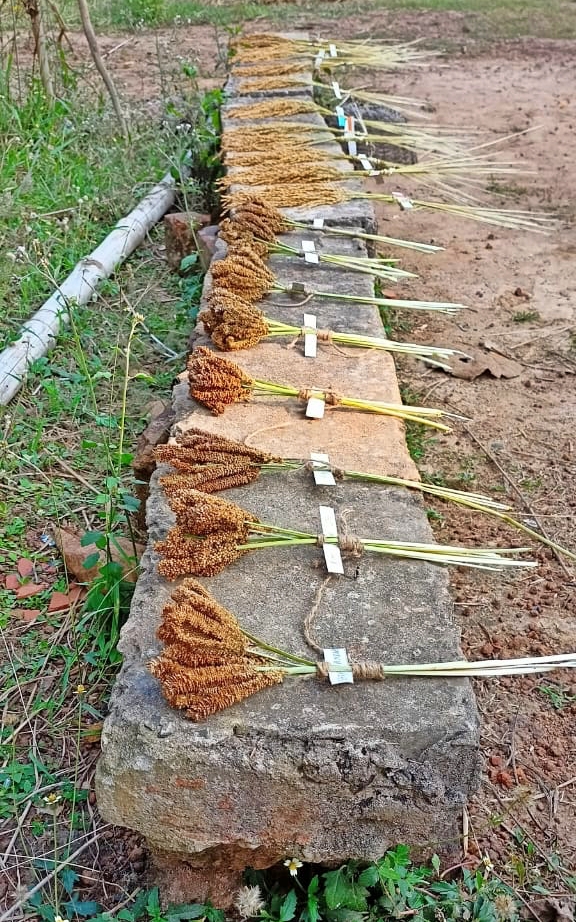 This group of organic farmers sells rice and its traditional value-added forms like beaten rice, parched  rice, and popped rice at several outlets across the country and to regular customers outside the village. The group has two perspectives at play- one considers the produce as a commodity meant for market domination, and the other takes the economic gains along with means of livelihood. The major difference in this thought process is that the former farmers sell all of their harvests and do not save seeds or keep produce for their consumption. In contrast, the latter ones keep aside necessary organic produce for the family, sell the surplus, and grow vegetables and pulses in the rest of the patches of land. Bhairab is also the believer and persuader for respecting the food grown organically as a means of life, not solely for monetary gains.

Bhairab also partakes in areas related to growing food. Bhairab and Debal Deb used bhairab’s land to grow 600 varieties of rice for conservation, however, this was paused after a severe drought in the year 2010. The rice research station was shifted to Odisha, yet Bhairab persisted in his efforts. He received  120 types of rice seeds including drought-resistant varieties from Debal’s seed bank*, where in previous years he had saved and stored diverse varieties of traditional seeds. Bhairab’s conservation methods were noticed by another forest management researcher Soumik  Bannerjee who introduced him to more varieties of wheat, mustard, maize, millets and cotton seeds. The mass of seeds that are being conserved at his land is also being characterised by his team of volunteers to protect against “seed piracy”. The fear set in after the infamous activities by Monsanto India Limited towards bio-piracy: stealing indigenous seeds, developing genetically modified versions of them, without giving any compensation back to the local people or nation where the plant originally came from. 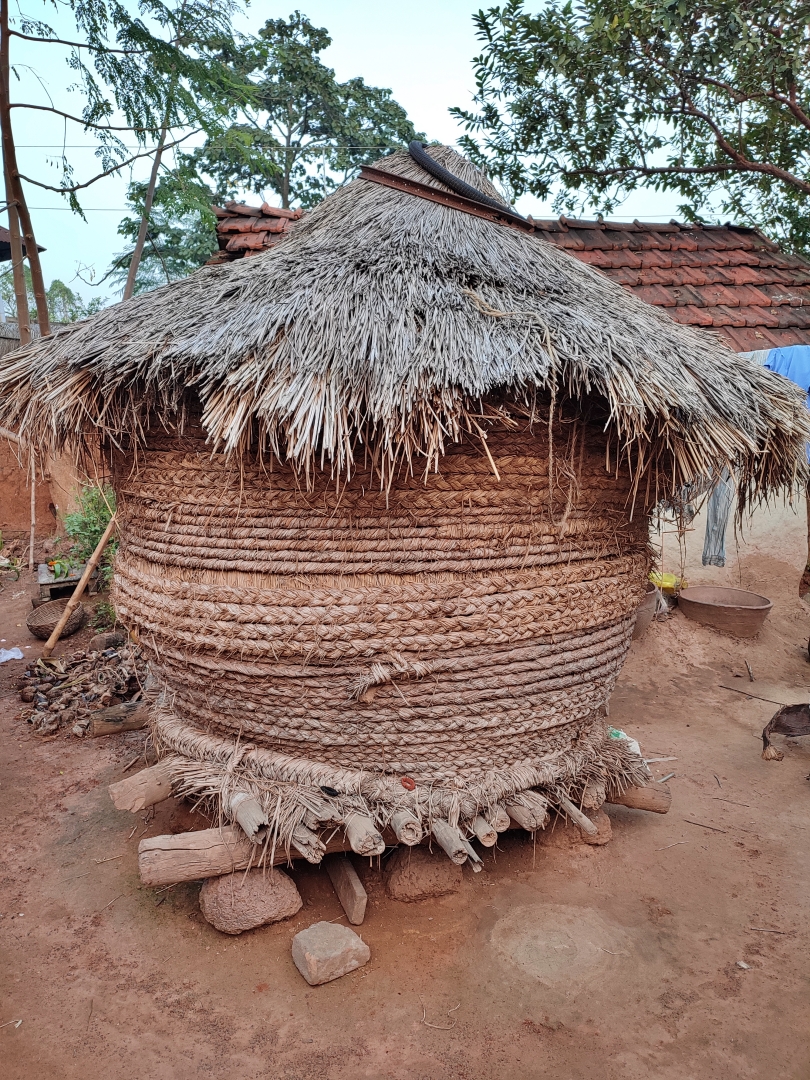 Being modest and bold in his approach, he considers Vandana Shiva as his inspiration- to save seeds, and make a community that grows food organically. He believes that the rights over seeds should be in the hands of farmers. Thus, he has never sold seeds to other farmers instead has only exchanged seeds. As a result, there has been increased diversity and resilience in the seeds of the region which keeps genetically modified seeds out of the ecosystem. At present, he has conserved and preserved- 240 varieties of rice seeds, 35 varieties of wheat, 6 types of barley, 42 types of mustard, 37 types of maize, 32 varieties of millets, and 33 types of cotton. Even though the maintenance of the seed bank and remuneration for the characterisation staff is financially and infrastructurally tough to manage, Bhairab is in the process of raising funds and securing grants to meet the requirements.

There is also an urge to conduct experiments that can ensure more yield. Along with the System of Rice Intensification (SRI); Bhairab has tested new techniques on his paddy field, millets, and mustard seeds. One of the experiments, “Clonal propagation”, a method where paddy seed is transplanted 4 times, faced immense success this year.

He is also invested since the last five years to research on comparing the loss in weight of potatoes grown organically and potatoes grown with toxic chemicals, conditioned in the same storage units. The data findings of this research have represented the obvious of organic and traditional varieties of produce being resilient and farmer-friendly.

For him, the public systems are unreliable forces that should not be decision-makers for one’s own piece of land. His resistance stems from the fact that the policymakers do not have a stable identity on whom to support: it can either be an MNC or an organic farmer depending on who can bring more tax. The farmer in his perspective should be independent of what the government declares, the focus is on maintaining the health of the self and the environment. For the past few years, he has been part of peaceful protests against laws that are harmful to food growers, the most recent being organising protests in his village against Farm Laws. He is preparing to also fight against the passing of laws allowing for the sale of fortified foods. 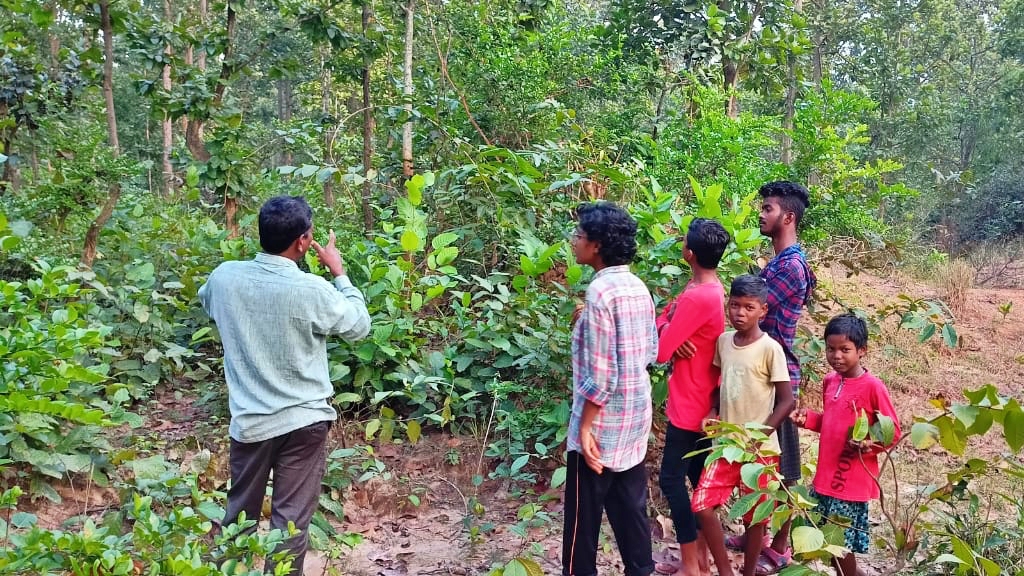 Bhairab leading a forest walk and sharing deep knowledge about the biodiversity in the region. (Photo: Raju Pathak)

Bhairab’s ideas and practices are based on the thought of sustaining the self and future generations in an environment built on foundations of support and respect. He and many other farmers have faced threats that are beyond their control, including but not limited to political forces and climate change. The ill-effects of rains during the sowing season, droughts and floods have begun creeping up on their fields. Yet, the spirit of hope that comes with bowing to the powers of nature guides them; as they look at this as an opportunity to change old timings of sowing, harvesting and continue protecting the diversity of seeds and the land.

Bhairab can be reached at: sustainableagriculture2015@gmail.com

*Seed bank –  A seed bank is similar to a gene bank, where seeds are stored after each harvest in their original form/in their husk itself. It helps in increasing yield, building resistance against diseases, tolerating drought, maintaining nutritional quality and taste, etc. of crops. Storing seeds also helps in maintaining the genetic diversity of seeds.

Teaser/SEO description: Bhairab Saini, a farmer-activist-conservationist, saving biodiversity and fighting for the rights of food growers.