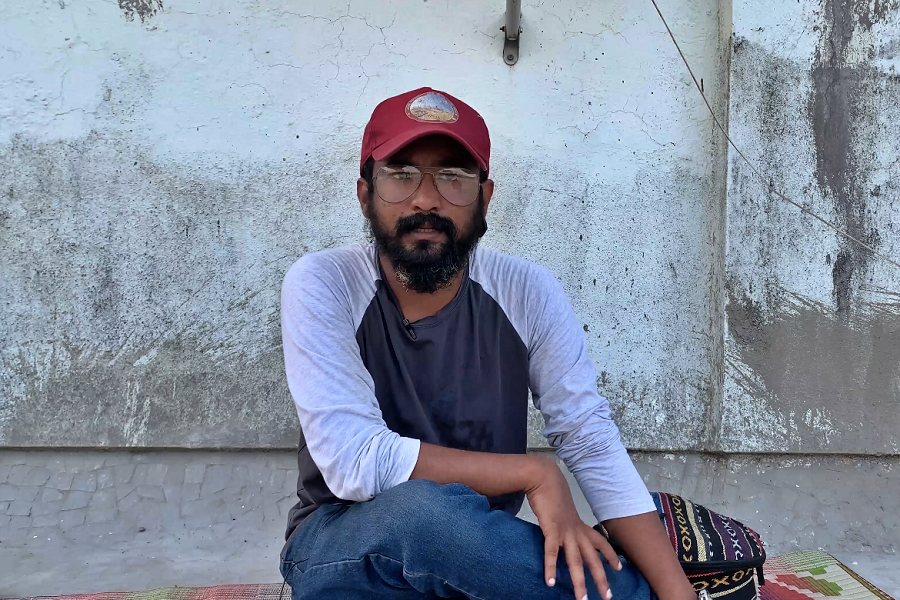 “Childhood is the most crucial period that shapes an individual’s personality. I believe it is the basis for all behavioural patterns that a person continues to follow for the rest of their life. I want to support children in enhancing their skills so they are better equipped in processing their thoughts and understanding mental health which will further develop their personality positively. Understanding their psychology and mental health is important and that is what I do through my interventions.”

Sacredworx Foundation is a growing social sector organisation in Maharashtra working for underprivileged kids to make a better society. Their work is based in Rabale, a slum settlement of Navi Mumbai. Founded by two youngsters Vijil and Saikiran in 2019, the objective of the organisation is to work on the thought processes of children and developing their worldview, with a focus on their personality development, communication skills and hygiene. The foundation has been working with 50 to 60 children in the age group of 5 to 15 years, and holds classes every Sunday as per the need of the group. These classes include English speaking, basic discipline, hygiene, reading, drawing, diya (oil lamp) painting, paper craft and introducing new art forms. All the classes are facilitated by the founders and volunteers.

From one of the sessions of SacredWorx Foundation (Photo: Gayatri)

Vijil completed his graduation from SIES College of Arts, Science and Commerce in Sion, Mumbai, in 2014. But his journey as an artist began much earlier in the year 2009 with Hip-Hop. His first crew was called Break Down Elemetaz. He later joined SlumGods crew, where he also managed the crew along with being a performer. The SlumGods crew was the pioneer in the old Hip-Hop scene in India. They participated in various cyphers (competitions) and taught B-boying, Beatboxing, Rapping and Graffiti to the kids in Dharavi.

Along with SlumGods, he was also a part of a body shadow act called Silhouette Squad. With this ever-alive passion, he performed in various reality shows including India’s Got Talent. The most interesting part of this form of art according to Vijil is that it is creative and requires the performer to be more conscious. 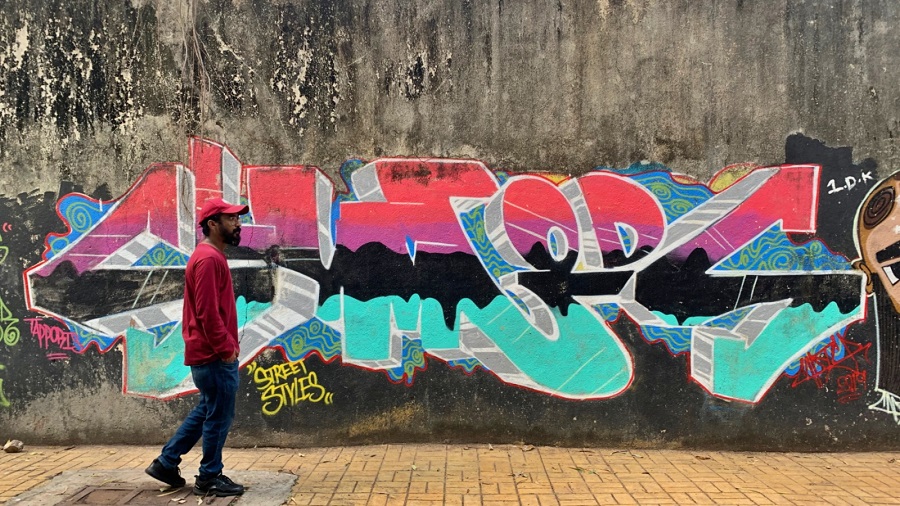 “Performing in front of an audience is one thing, but performing behind the curtain as a shadow and yet keeping the audience engaged is a completely different ball game,” says Vijil. Currently, he plays Didgeridoo with The Rais Khan Project (Rajasthani folk band) and manages other artists and groups like Afilia (Music Band), The Moment (Music Band), Jango (Hip Hop artist), Jmanshouts (RJ, Emcee, Rapper).

Vijil’s journey of inner and outer transformation began when he realised the privilege he holds and the stark difference between various sections of people. He used to work in Thane and travelled 30 km from Vashi, where he lived, every day. On his way to Thane, he observed a very peculiar divide. On one side of the railway tracks was a hustling developed urban space, busy in its corporate world; on the other, Rabale, a slum settlement which was home to many street vendors who struggled to make daily ends meet. This class difference prompted Vijil to do something for the underprivileged communities.

His attention was drawn towards the children of these slums, and the realities of their life which is marked by lack of good education and health. This subjugation on varied socio-economic levels unsettled Vijil. He wanted to do something for them. Being an artist himself, he knew he could use art as a medium to engage with them. He decided to bring these children together to build consciousness around various topics through artistic means like dancing, music, hip-hop and so on. This captivated the attention of the children and slowly a community was being formed. 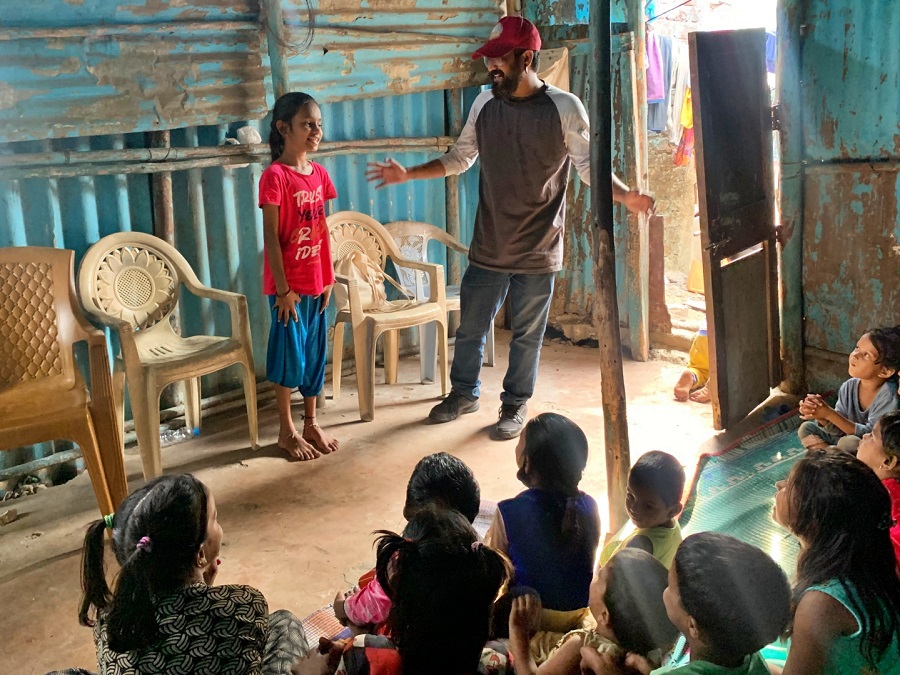 Vijil during a session with the children at Rabale (Photo: Gayatri)

While using art to teach the kids, Vijil was also disrupting the class and caste hierarchies inherent in various forms of art. As art is plagued by these prejudiced notions of class hierarchies, many artforms still remain restricted to the elite classes and upper caste sections. Vijil was determined to break this hierarchy and make various artforms accessible to these children. These motivations led him to eventually begin his own collective. Thus began the journey of Sacredworx Foundation.

Working with children required openness from their parents and caretakers. The biggest challenge was to create a safe space for people as they were sceptical of outsiders providing any form of support. We carry the weight of caste and class divide in multiple layers within us. It takes several years to unlearn these beliefs and become flexible. “I will always remember my first visit, when Saikiran and I went to Rabale. We got a chance to communicate with the local community. The first few questions asked were: What is your caste? Why are you here? Who do you work for? All these questions reflected the domination of the caste and class system,” says Vijil. The journey of crossing these huge barriers and creating a safe space was one of the challenges they faced. They experienced a reduction in the number of volunteers following the COVID-19 pandemic, which has affected the number sessions and workshops they were planning to host. These sessions and workshops include the ones designed to support the children to make conscious and aware choices, on topics such as Gender, Sexuality, Career Guidance, etc. Another challenge faced by Vijil is the lack of financial independence in relation to the time he invests in the work. 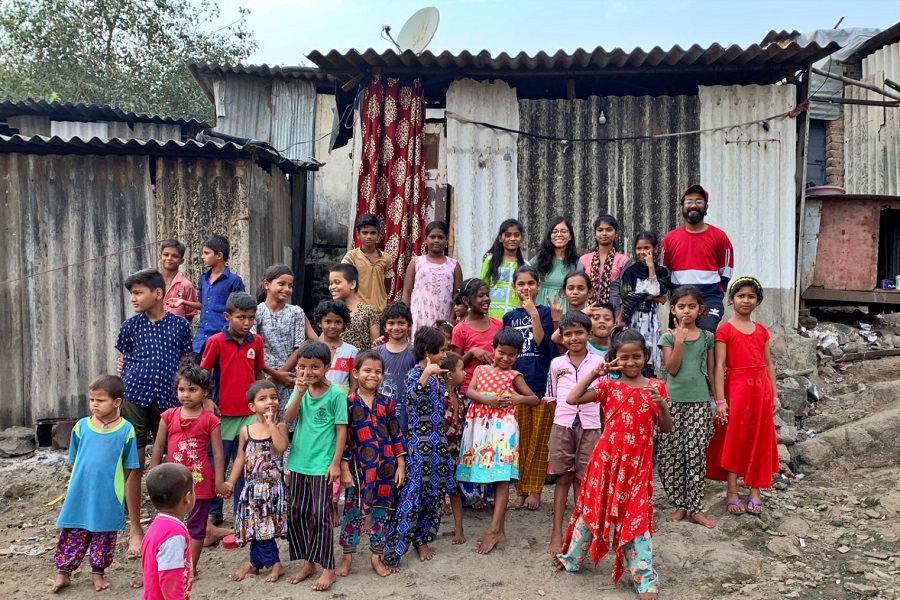 Vijil and the children at Rabale (Photo: Gayatri)

After years of struggles, Vijil has received the support of the elders and parents in the community for his endeavours and he has been provided with a space where he can carry these activities with their children. This was possible because the parents were able to see the difference that he had made in the lives of their children. Earlier, the children played in dirt, were unhygienic, communicated poorly, didn’t have interest in studying and had no exposure to arts. Children are now more consistent with the awareness of arts and maintaining basic hygiene. Currently, Vijil is trying to gain more funding for the cause which he is working on and trying to reach out to more kids in the slums to strengthen his quest of making various art forms reach a larger population of underprivileged kids. Sacredworx Foundation is also funding the education of two girls from the community as their parents were facing financial crisis and the girls were on the verge of quitting their education. After three years of hard work by Sacredworx Foundation, the community has become conscious of their inner talents and capabilities. 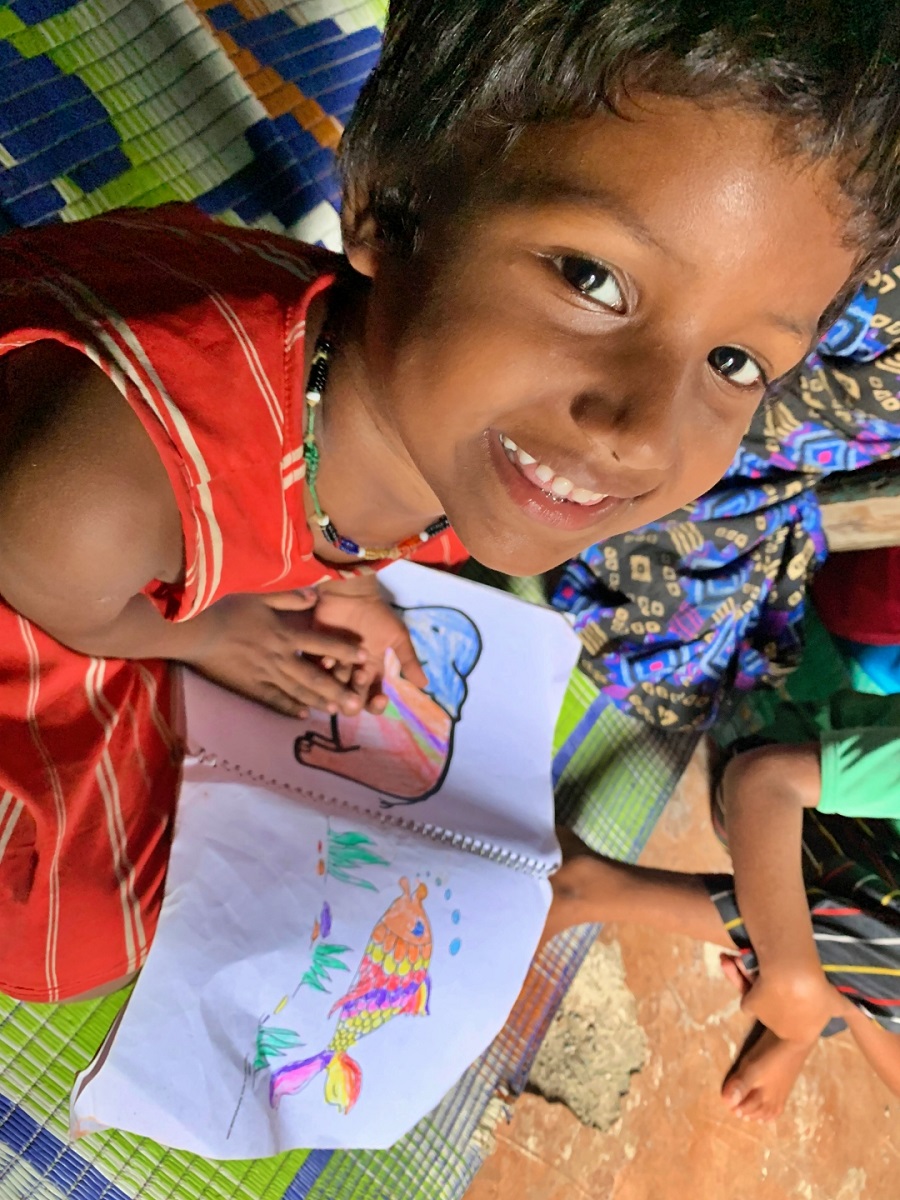 One of the children with her drawing (Photo: Vijil)

Through his life and work, Vijil envisions a world where discrimination does not limit one’s humanness, where people can live with dignity and express themselves. Since Vijil’s own freedom to express himself was what gave birth to a cause he is dedicated towards, he believes that everybody has an artist in them and this becomes the medium through which the children learn to express themselves.

Teaser/SEO description: How an artist nurtured children of a slum dwelling, strengthened a community and is working for a more just society all by the means of art.