Education is incomplete without travel 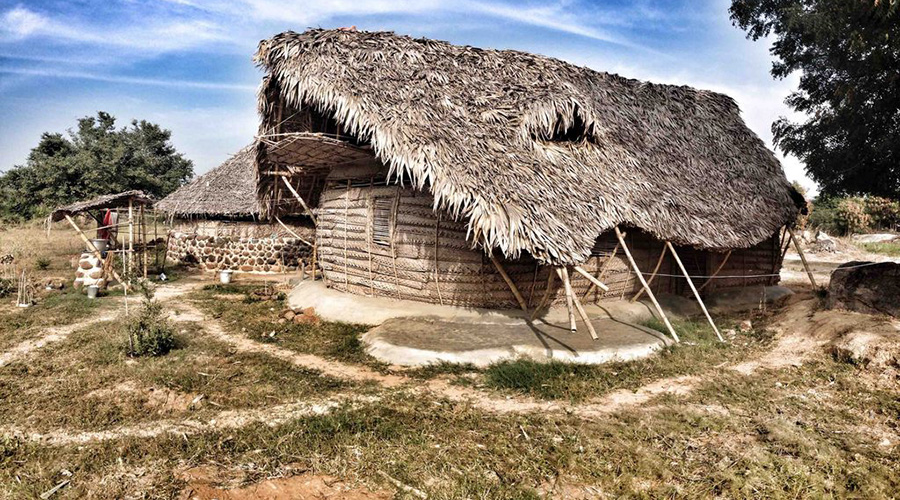 “Travel is fatal to prejudice, bigotry and narrow-mindedness, and many of our people need it sorely on these accounts. Broad, wholesome, charitable views of men and things cannot be acquired by vegetating in one little corner of the earth all one’s lifetime.” – Mark Twain

Education, indeed, has an integral role to play in the journey of a person from childhood to youth-hood to adulthood. And to achieve this education, it is important to gain new experiences. However, these experiences cannot be gained while sitting within the boundaries of four walls. I have always believed that “travel is our best teacher”. When one steps outside the four walls of a classroom, one gets to meet new people, see new places, learn new traditions and gain different experiences. When we travel, we experience or become part of a lot of things that we would have otherwise not been able to do. Travelling forces us to drop stereotypes, exit narrow-mindedness and leave superstitions behind to widen our perspective and horizon of the world and people around us.

Travel and education cannot be separated from each other. In another words, education is incomplete without travel. From Kashmir to Kanyakumari and from Kuchh to Kalimpong, there is such extreme and varied diversity in India, that there is no end to learning. There is history, architecture, agriculture, environment, folk music & dance, traditional art and so much more to learn that we never get to read about in our text books.

Our latest ‘parinda’, Biju Bhaskar, too, realised that real education cannot be confined to the four walls of a classroom. Biju was studying architecture at that time but he left midterm and decided to take a tour of the country. He was still interested in art, but he wanted to experience out-of-classroom learning. He didn’t know where his journey would take him but he knew it was in the interest of his passion for architecture. And so this journey brought him to Khajuraho in Madhya Pradesh. Here, he met somebody who became his guru and master in sculpture art.

Biju then decided to take a break and spend time with his guru, learning the art of living from him. It was during this phase of his life that Biju learnt about the importance of the five elements of nature — earth, water, fire, wind and ether — and how humans can live a peaceful and relaxed life if they live in harmony with these elements. With this understanding came the realisation of a bitter truth — modern development has distanced humans from their roots and forced man to forget that he, too, is a creation and amalgamation of these five elements of nature. By destroying these elements, mankind is destroying its very existence.

While experiencing the art of living, Biju saw villagers building their own houses using naturally available resources. It was a new experience for Biju. Being a student of architecture, his interest in it was immediately rekindled. He began to help the villagers and realised that building a house is not just about creating a framework of the house. It’s an art, a spiritual journey that transforms a house into a home. That is the reason that, traditionally, for thousands of years, people have been making their own houses.

Unfortunately, Biju could not stay for long. His father called him back to complete his architecture studies, following which Biju worked on some projects in a few big cities. However, all along, he knew it wasn’t his piece of the cake. He wanted to learn the art of building homes, and take it to as many people as possible. And so, finally, in 2011, he established Thannal (meaning ‘shade’) in Tiruvannamalai, Tamil Nadu, to promote building homes as an art.

“Thannal is not an architectural firm that simply builds a structure. Our aim is to create awareness about natural building and promote the knowledge of traditional techniques and ancient architecture. For this purpose, we organise workshops for architecture students who are interested in this field. We also travel around the country, meet old and new artistes, document their knowledge. Now, we are involving various art forms like music and dance to release a music album to create awareness about natural building,” says Biju.

“Even today, one-fourth of the world lives in houses that have been built with naturally available resources. These homes aren’t only closely associated with nature, but can sustain for much longer. Yet, modern development terms people living in such houses as ‘backward’. Under a planned conspiracy, some powerful people have forced others to suffer from inferiority complex and then distanced them from their ancestral knowledge,” he adds.

However, it’s not too late. We can still learn from our mistakes. A generation older to us still holds large amounts of traditional knowledge which we can use to build houses that will not harm our environment. So our time to act is now. We must preserve this knowledge and ensure that it is inherited by the newer generations.