Emancipation through Education: Vimal Kumar and his Movement for Scavenger Community 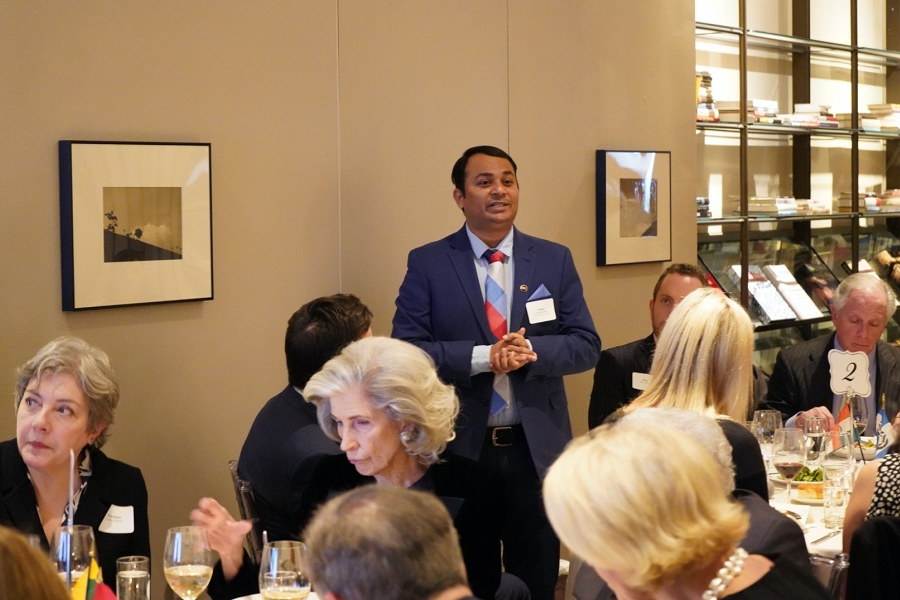 There have been various bills proposed in the parliament to ban manual scavenging in India. In the most recent bill, which was introduced in 2020, there were talks of amending the controversial manual scavenging law. However, after six months of discussion, the government manifested no plans to amend. The draft for the Prohibition of Employment as Manual Scavengers and their Rehabilitation Amendment Bill proposed for a mechanised process of cleaning sewers, septic tanks, and a lawful basis to provide compensation to those pursuing this livelihood in the event of fatalities. Irrespective of legal talks of the amendment and much awareness regarding this issue by various activists and non-government organisations, the issue of manual scavenging persists because it is deeply rooted within the question of caste. Individuals involved in manual scavenging are from the marginalised Dalit communities.They have been practising this livelihood for generations, mostly because they have no agency to pursue anything else owing to unequal access to education, healthcare, and other caste-based barriers. Although this inhumane practice has been made illegal decades ago, individuals continue to perform manual scavenging in not only remote or rural areas but also in tier one Indian cities. Here is the journey of Vimal Kumar, who runs an initiative called ‘Movement for Scavenger Community’ (MSC), which is working towards eradicating the practice of manual scavenging across the country by forming independent resource centres amongst the communities that pursue this livelihood. Vimal comes from a family of manual scavengers. He has dedicated his life to annihilating the vicious cycle of manual scavenging. 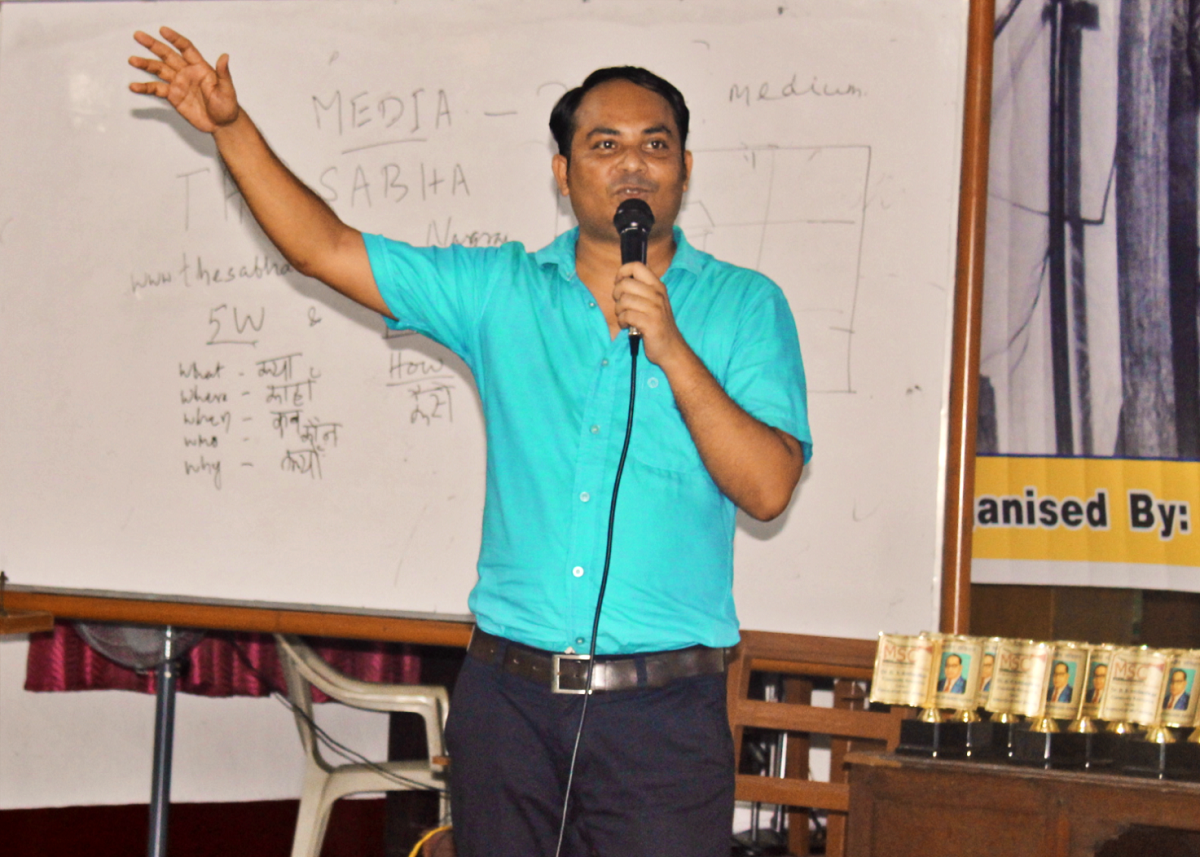 Born in a settlement for manual scavengers outside the town of Ladwa in Haryana, growing up, young Vimal had witnessed his mother and grandmother performing manual scavenging. “Childhood memories always stay with one – be it a good or bad experience. When I was four or five years old, in the school that I went to, my mother and grandmother worked as manual scavengers there. My classmates would bully me that I am an untouchable and my family members performed unsanitary tasks. My teacher would not call me by my name but refer to me as Jamadarni-ka-beta – meaning manual scavenger’s son. I hated this and I had no interest in studies because of this”, says Vimal with a smile on his face as if he could almost reminisce about this experience with his eyes shut. Children from manual scavenging communities often face discriminatory behaviour at schools by not only their peers but also teachers who take no interest in helping them progress. Experiencing discriminatory behaviour first-hand and all the casteist slurs attributed to him at a young age and later during his adult life shaped his vision to work towards eliminating caste-based violence. Today, he leads a pan-India movement that works towards raising awareness and improving the lives of manual scavengers through education and other sustainable livelihood opportunities. The need for such a movement emerged in Vimal’s thinking process while he was in school. 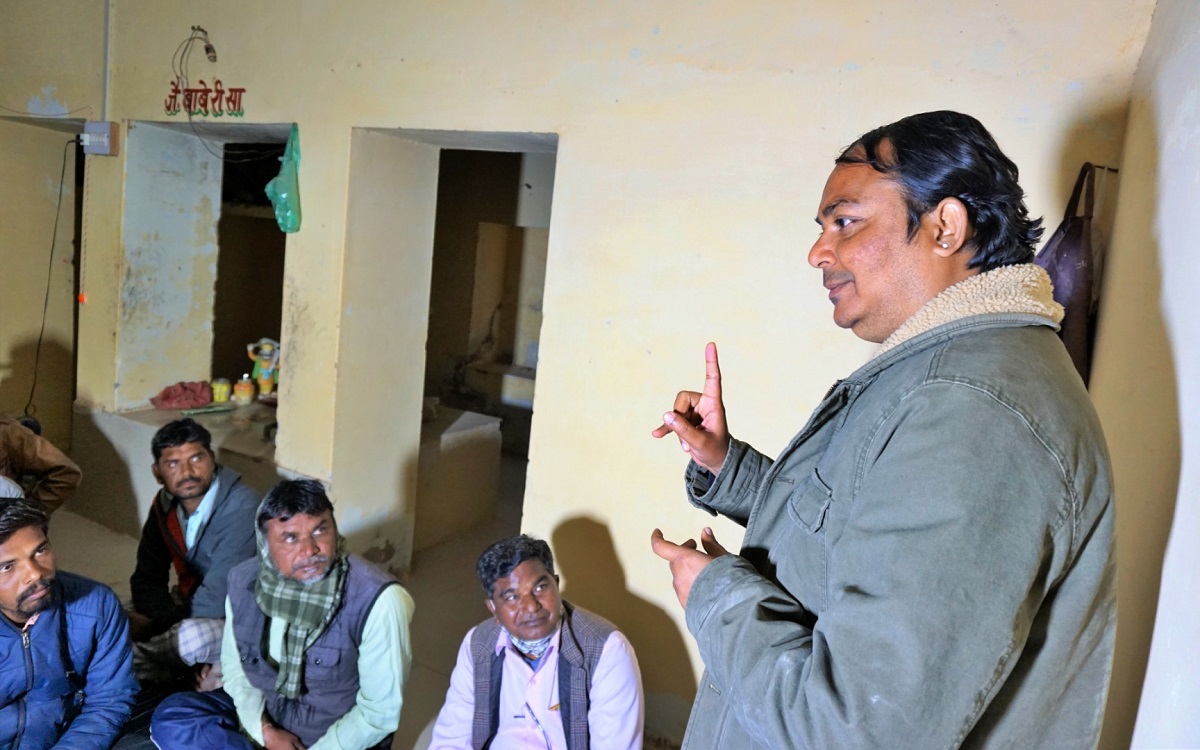 Vimal discussing the vision of MSC at a gathering in Phalodi, Rajasthan (Courtesy: Movement for Scavenger Community)

During his school life, he contributed to forming a cricket team in his hometown and competed against other teams. One would think what is so extraordinary about forming a cricket team, but the journey behind this was something that has stayed with Vimal till now. In his hometown, most of the other cricket teams would not play cricket with individuals from Vimal’s community owing to their caste differences. “We did not have gears and equipment to play cricket. We used whatever we had at hand to play the game. This one time, we lost a game against a team of upper-caste individuals. They bullied us and proclaimed that we manual scavengers must not play this game as it is our destiny to be involved in this profession. So, we formed a team and started practising under the sun in peak summer afternoons when nobody would use the playground. We did manual scavenging, worked odd jobs for daily wages to gather money and took part in a city-wide cricket competition. We defeated all the so-called strong teams in the city”, asserts Vimal who later went on to organise the pan-India movement for the scavenger communities based on some of the learnings he acquired while forming the cricket team at his hometown.

Having acquired leadership and organisational skills at a young age, along with his learnings from the cricket field and school life, Vimal has established six resource centres spread across the country with talks of forming many more in other parts. All the centres that he has set up and the work he has initiated as part of the movement is community-led. Indeed, it was Vimal who helped organise the communities, but since then these communities have actively taken an interest and are leading towards making an impact in their neighbourhoods. He believes the movement should continue even if he is not around in the region. These centres are known as B.R. Ambedkar Community Resource Centre given they are based on the Ambedkarite thinking of education, agitation, and organisation. 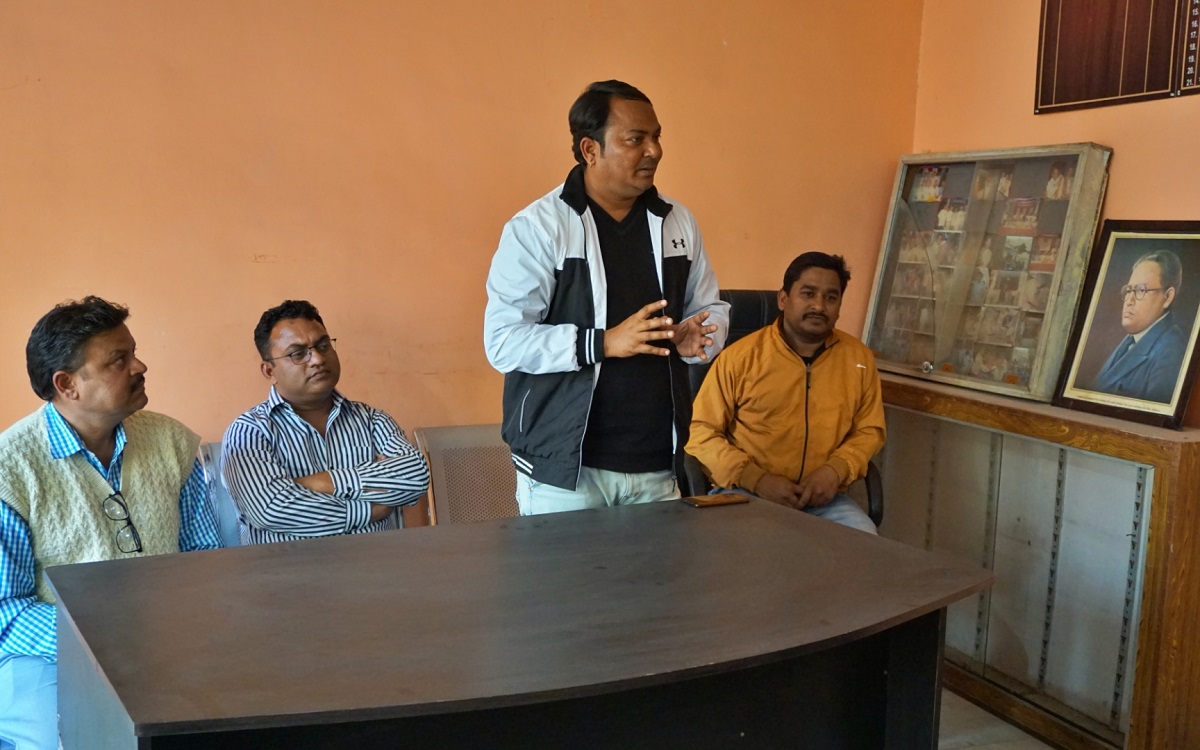 Vimal at a meeting on behalf of MSC (Courtesy: Movement for Scavenger Community)

From leading an extraordinarily difficult life owing to caste-based discrimination during school, university, and later in his workplace, Vimal has fought back the injustice with his sheer willpower, determination, and commitment. He never gave in to the unfairness and went on to study in the United States and Germany. In Washington, he was a Next Generation Leader as part of the prestigious McCain Institute named after the former US Senator John McCain. Ever since an early age, as part of his quest to understand the caste question in India, Vimal went beyond the borders of Haryana and travelled to fifteen Indian states and has interacted with diverse communities who indulge in manual scavenging. It was in 2009 when individuals from twelve states came to Haryana for a conference that led to the initiation of the MSC.

Based on his learnings from abroad and within India, Vimal uses education as a tool to pass on to the youth of his community. He believes that true change can only take place when there is access to education. “The attitude that manual scavengers must do manual scavenging generation after generation must end. This sentiment can only be changed through education,” argues Vimal who has designed a fellowship for young professionals to work towards social equality. As part of this fellowship, youth from marginalised communities work towards improving educational outcomes, identifying, and encouraging sustainable livelihood opportunities within their communities. This is achieved through partnerships and the encouragement of other local initiatives with similar visions. Thus far in his journey, wherever Vimal has travelled, he was able to organise and set up sustainable communities and other forms of self-help groups. However, this did not come without any challenges or opposition. “Sometimes the problem is not from outsiders, but from people within the community. Of course, there are problems from outsiders as well. But mostly, it is from the so-called political agents or village headmen (the sarpanch) of these communities who questioned our cause. They are in power because of polarising politics in the name of religion. They do not want marginal communities to progress because then they lose their stronghold,” echoes Vimal who continues to fight against many such oppositions as part of his fight for education, equality, and social change. 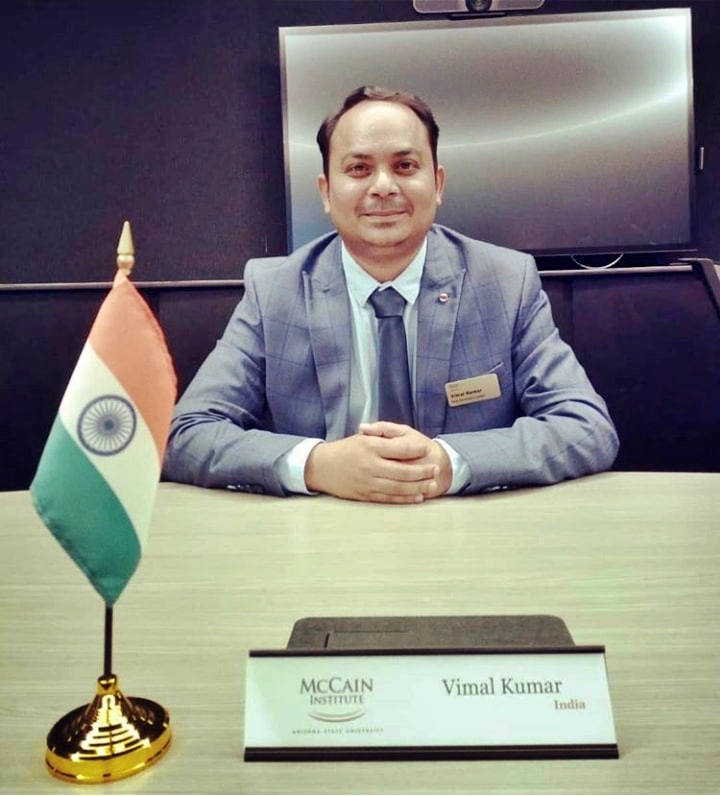 At MSC, they work on a need basis and travel across the country where they are invited or where they have identified a need for change. “How this works is that we interact with the community and identify the various problems first. We then bring forward the local people’s interests and brainstorm with them collectively to design the movement. We ask them about the kind of work they have done in the past and what work can be done at present. Then we identify interested individuals, talk to them in detail, share our past work with them, and our larger mission and vision. This is a long process which sometimes takes weeks or months”, argues Vimal based on his experiences of organising this movement in more than five Indian states. In the coming months, he plans to establish three more centres in three different states.

Overall, the Movement for Scavenger Community is a community-led effort by young individuals, social activists, and other like-minded stakeholders who continue to work towards abolishing this unjust practice. Their goal is to ensure that all the families that they have worked with do not indulge in manual scavenging. They hope to create a choice amongst individuals from such families who pursue manual scavenging for generations. In doing so, they aim towards breaking the chain of manual scavenging and eliminating the caste-based barriers. Through Vimal’s journey, one can see how long-term social progress can be achieved and sustained through education.

Vimal Kumar can be reached at: vimal@scavenger-movement.org

Check out the social media handles:

If you would like to volunteer, donate, or contribute towards the work that MSC does, reach out to them at vimal@scavenger-movement.org