For the art of storytelling 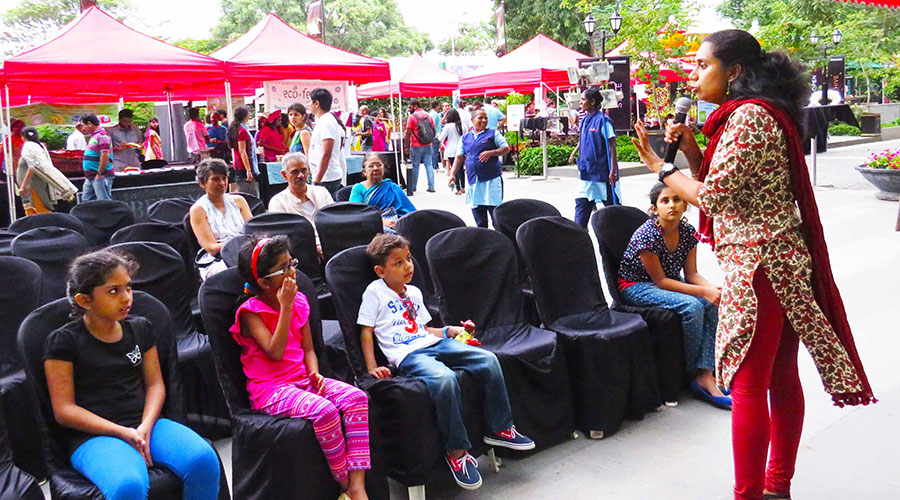 From time immemorial, man has had a unique relationship with stories. If we turn the pages of history, our ancestors used the medium of cave drawings to leave behind stories for us. On one hand, this art of storytelling gave impetus to gradual development in the world, on the other, man developed and innovated the method of storytelling. Therefore, one can say that the development of humans and the art of storytelling are complementary to each other. One cannot evolve without the evolution of the other.

Overtime stories or the method of storytelling changed, we saw some changes in our lives as well. For example, we if take a look at stories being created today, most of them reach us through the mediums of television, cinema and advertisements — with almost no spiritual value. These stories make us aware of our materialistic aspirations, promote the culture of consumerism, give birth to inferiority complexes, and take us away from our roots. We also worship the stories that we hear, and try to become like the characters in them. In fact, the knowledge and value hidden in the stories are often lost in the shadow of the so-called characters or avatars.

The plight of stories is not a recent phenomenon of the modern era. It was actually started when the term ‘mythology’ was coined, and the act of “ideal worship” began.

Technically, stories should be the mirror to the world, and a storyteller should be one who can shows the world this mirror without any bias or fear. Our latest story is about one such storyteller who is trying to show the society a mirror through the medium of stories, thereby, instilling spiritual values in children.

Priya Muthukumar was born in a middle-class family in Chennai. Her grandfather wanted to see her as a doctor but her father always encouraged her to participate in all kinds of extra-curricular activities in school.

“My father always said, ‘Whatever you do, do it with all your heart. Do whatever you heart says, and don’t be afraid of failures.’ This lesson has always stuck with me, even till today. Whatever I am doing today, is because of this mantra of life,” Priya tells me.

Having said that, Priya did try to fulfil her grandfather’s dream but she couldn’t secure enough marks to get into a medical college to pursue MBBS, so she graduated with a degree in pharmacy. However, while studying in college, Priya realised that there aren’t enough jobs in this field. And so, after finishing college, Priya worked for a while with an airlines.

Once she had finished college and secured a job, our society did what it does best.

“The girls is all grown up. She should get married now.” And so, she was married.

Post her marriage, she worked as an anchor for a national news channel. In a couple of years, she gave birth to a beautiful daughter who soon started going to school. That was the time Priya’s life came to an important turning point. She had received an offer to work as a teacher in the same school where her daughter was studying. Initially, she had a doubt about this offer but she eventually accepted it. Once she started teaching, she also dived deeper to understand education and the path is leads us on. She started reading a lot about ‘education’. Though she worked at that school for seven long years, Priya had realised that the motive of education lies in making children and individuals responsible towards their society and their environment.

During this period, Priya was also keeping a track of environment pollution in Bengaluru (then Bangalore). She developed several workshops for children on topics around environment. However, she was extremely disappointed that she was not able to grab children’s attention and enthusiasm. She returned home with a heavy heart, and thought of including stories in her next workshop.

While working with stories, Priya realised that stories are an extremely powerful medium for transferring and transmitting ideas.

“Stories have been an integral and natural part of almost all cultures. They help make people aware about the experiences of life. Stories give our memories and our experiences a character or perspective through which we are able to communicate about new thoughts, cultures and a better society. Stories help us reflect on ourselves, which, in turn, encourage us to reflect on our experiences and develop a better attitude towards our surroundings — society and environment,” says Priya.

Therefore, narrating stories and good stories is important for the preservation of our society. After all, it is the medium of stories that makes us understand life.