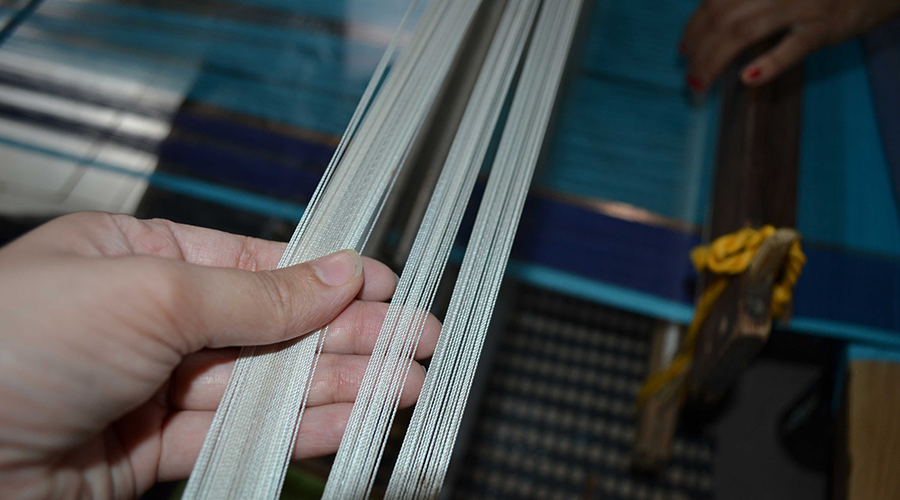 Our latest parinda, Arup Rakshit, was teaching students at a government school in Howrah, West Bengal, after he completed his post-graduation in botany. As he had a keen interest in this field, Arup was also simultaneously working on a research project on Indian medicinal plants. It was during this research phase that he came across a bitter truth — our precious plants are not being utilised well due to the implications of modern development. The knowledge of using this traditional and medicinal flora seems to be disappearing from communities.

If you’re wondering why, it is because modern education focuses on city life while such knowledge is actually embedded in the villages of India. This knowledge has no value in the city-based education system.

To uncover this valuable hidden knowledge, Arup, his wife Ruby and their daughter travelled to several Indian villages, attended many fairs and spoke to many learned men for his research. During one of their visits to a fair, Arup came across a muslin weaver. When they saw his work, a dying art in India, the couple was extremely impressed. However, a brief conversation with the weaver was enough to tell them that this art is not appreciated in the market. There is not much market for muslin weaving, and it’s the same story for most handloom products. It amazed Arup that there were so few takers for this beautiful handloom art; and so he decided to work with the weavers and for the weavers.

Arup tells me, when he was trying to understand the industry and the market for khadi and other handloom products, he learnt that these are only available at big shops, and that too at expensive rates. Therefore, very few people can afford handloom. On the other hand, there is the role of middlemen who pay meagre wages to weavers and then end up selling their hard work to retailers at 10 times the wages of the weavers, pocketing large margins of profit. Often the weavers are given orders in bulk and paid only at the time of Pujo, Eid or Diwali.

In a situation like this, and with no savings, how can weavers weave cloth round the year unless they fall prey to moneylenders? This is the reasons many weavers have moved from their traditional skilled occupation to become unskilled labour in the hope of earning a regular income.

This isn’t the problem of weavers alone. If we delve deeper into this issue, we will understand how it supports the structure of an entire village and various small enterprises. Farmers, yarn spinning women, dyers and tailors, among others, are victims of this problem. Only 10 per cent of the market value of handloom reaches these people. Now imagine a scenario where all this money remains within the village; villagers will not have to migrate to cities for labour.

Not only cloth, the cost of almost every product consumed/used by an urban resident can only be truly gauged when we understand the roots of its economy. If we take a look at the investments made in factories, the figures are always running in crores. Machines have increased the productivity several folds; much more cloth can be weaved in a day on a powerloom as compared to a handloom. Those running these factories are people who have been giving their weavers meagre wages and then selling the produce in the market for much higher prices. They, of course, pocket 80 per cent of the profits for themselves.

With more and more machines entering the industry, there is less and less need of weavers or human resource. If there will be no weavers, there will be no yarn spinners; if there will be no yarn spinners, farmers will be forced to sell cotton to factories. With only one level of buyers (that too the kind that only cares about profit), the latter will try to buy maximum raw material in minimum cost. And, in the absence of weavers as buyers, the farmers have no choice but to sell it to factories at throwaway prices as that is their only source of income. So, of course, the cost of cloth goes down, and this is beneficial for only two people — capitalists (those who are producing the cloth) and the urban end consumer (who only thinks about himself).

Ruby says, “Urban population, which is paying a low cost for products that they are buying, is unaware that the burden of its actual cost is being borne by somebody else today. But the urban population will bear the brunt eventually tomorrow. The way clothes are being manufactured today, the process involves an intensive use of chemicals which is slowly, and unknown to most people, transforming our bodies into a house of diseases. Today, rare diseases like breast cancer among women and impotency among men have become so common. One of the reasons for these is chemically-produced/dyed clothes. If you include the cost of treatment for these diseases with the low cost of clothes available in the market, you’ll realise how expensive it actually is. If we talk about its implications on the environment, then it’s almost impossible to add the cost of environment degradation to the cost of the cloth.”

“Handloom does not only have a link with nature and our natural surroundings, it is a source of income for a large section of the society,” she adds.

This is the reason Arup and Ruby travel around the country to make urban consumers more conscious of what they are buying, especially handloom products. They encourage people to buy more and more handloom; and try to bridge the gap between the weavers and the end consumers. For this purpose, the weavers associated with them exhibit their work at various fairs and events. This not only gives them a chance to directly interact with their customers but also provides them with knowledge about market prices and the profits earned by middlemen. The weavers, tailors, cloth cutters and farmers with whom Arup and Ruby work get 80 per cent of the profits that are earned by the collective efforts of all of them. They’re not only helping them earn a better livelihood but they’ve also been successful in trying to keep them away from the web of moneylenders.