Saving otters to save the rivers 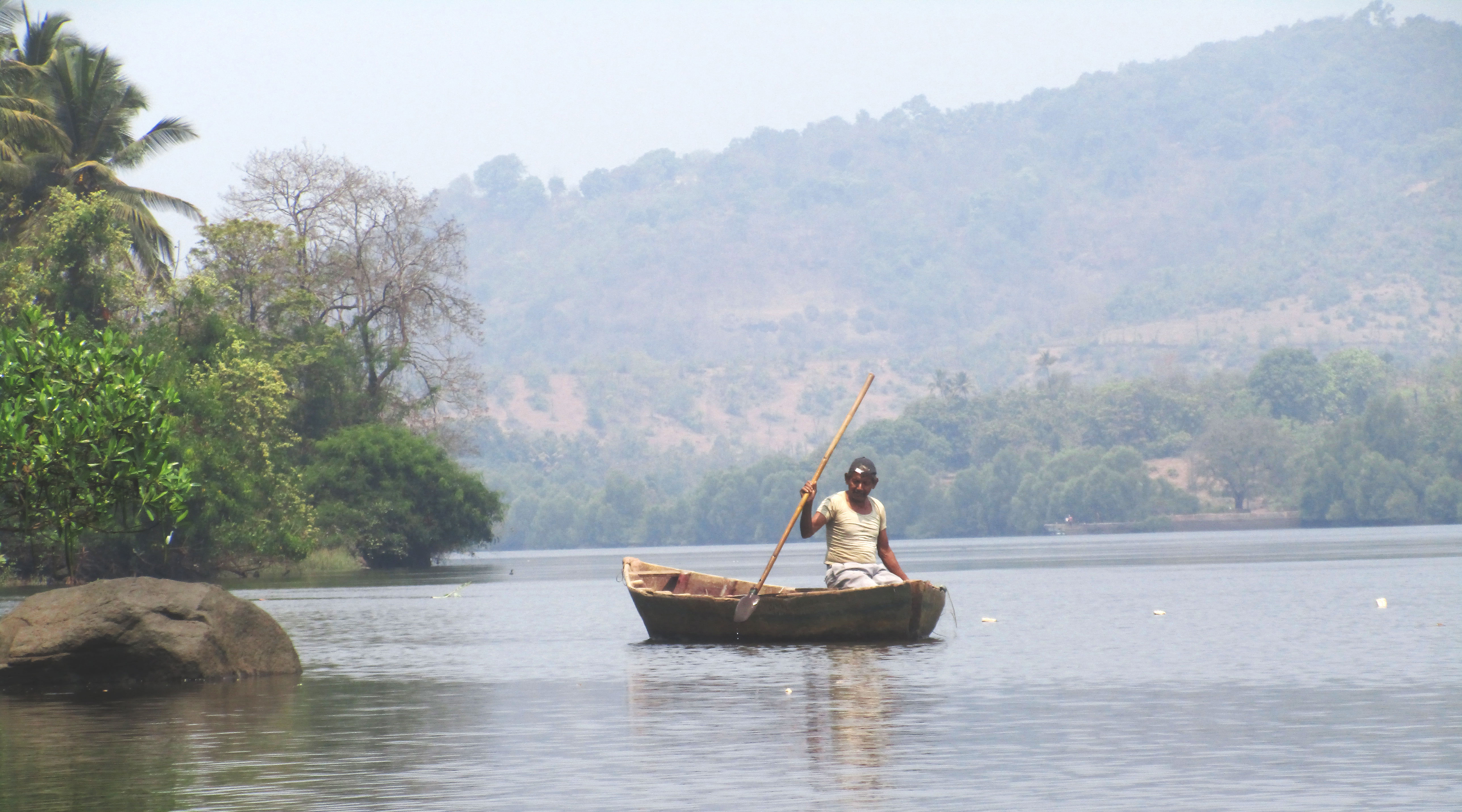 I have always said that students should take a year-long break after Class XII. From childhood to youth, we are continuously running without even asking ourselves how we want to live our life. Whatever everyone else is doing or saying, we follow them as if they’re our personal dreams and wishes. We live our lives following this route until we reach a stage where we regret and think, “What if…?”

The time immediately after Class XII is the time which helps us view the road ahead of us. Before somebody else decides for us what road we should take or how we should lead our lives — or even before we start applying to pursue a particular degree or course — we should give ourselves some time, take a pause, and think about where we want to head. We need to hunt for what we want to do and it should be justified with personal reasons and not reasons that somebody else has fed into our minds.

For this, we need to step outside the four walls of our classroom and see the real world, not just superficially but with perception. We should travel a lot, meet new people, work with them, live with them and learn from them. We need to tell ourselves what we want to do and why do we like it. We should also experiment with ourselves, challenge ourselves and push ourselves into difficult conditions to best judge our capabilities and our temperament.

When I usually say all of this to people, they tell me that these things sound better when heard; implementing them in reality is actually much tougher. They ask me how many people in the world actually follow what I’m preaching. “And those who are following this ideology, what are they getting out of it?” they ask me.

So, as an example for them, here’s the story of our next parinda who found his own road.

Even as a child, Malhar Indulkar loved the river and those residing in the river. His house was situated on the banks of the river Vashisti; as soon as Malhar would return from school, he would rush to the river with his friends to take a dip in the water and catch fish. But he never thought of the river as a part of his future career. Like most other children, he went to school and studied whatever everyone else was being taught. Till Class X, he had no clue what he wanted to pursue so when somebody suggested him to take up Commerce, he opted for the stream and went on to finish school. However, he wasn’t happy with what he had studied. He had simply followed the path that somebody else had led him on.

After finishing Class XII, he heard of Udaipur’s Swaraj University. When he read up more about it, he realised that this establishment could help him find his own way, and he can know what he really wants to do. At Swaraj University, the power was in Malhar’s hands to decide what he wanted to study. There was no pressure of examinations and he had the freedom to make mistakes and learn from them. And so, he decided to take a break from formal education and enrolled at Swaraj University to find answers to what he wanted to do in life, and what subject did he want to pursue a degree in.

During this break at Swaraj Univeristy, Malhar understood that he wanted to live a life that was closely associated with nature, and work for the river and the lives that depend on the river. In pursuing this road, Malhar started with understanding the lifestyle of fishermen who lived near his house, and learnt what they thought of the river. He learnt from them what had changed under the surface of the river over the years and why. Who resides in the river and where? How can different species of fishes be differentiated from each other? What human activities help the creatures of the river and what cause damage to them?

It was through these conversations that Malhar learnt that 90 per cent of the species had become extinct in the river in the last 20 years. Industrial waste — and chemicals in it — entering the river was one of the major reasons that were killing the fishes.

An old man told Malhar, “When industrial waste was allowed into the river for the first time, thousands of fish were found dead in river the next day. And since then the situation has continued.” The damage hasn’t been restricted to this; the shrinking number of fishes has affected the count of other aquatic animals as well. One of these aquatic animals is the otter.

“I first heard about otters about two and a half years ago when Swaraj University gave me a chance to work on the conservation of these animals in Kaveri river. While working on the project, I realised that the conservation of otters is highly important for the health of a river because these creatures eat up all the sick fishes in the water body, restricting the spread of diseases to other fishes. After I worked in the Kaveri, I thought I should do the same in Vashishti, the river that flows near my house, where, too, the number of otters had been declining over the years,” Malhar shared.

Otters that were could earlier be seen almost every day could only be spotted once a month. This was also leading to the death of sick fishes, and those infected by the sick fishes. However, the damage was not just restricted to the rivers and the organisms living in the river but the fishermen as well. This is the reason that the river is heading towards its death. With the declining number of fishes in the river, the source of livelihood had reduced for fishermen who began to migrate to cities and were forced to live in filthy and cramped localities.

The situation is such today that about 90 per cent of the houses near the river are abandoned or are only inhabited by the senior citizens of a family. When it comes to nature, everybody is dependent on somebody/something or the other. Even if one creature goes extinct, the result can be seen on several others, including humans. And so, working for the conservation of otters meant preserving the entire river and the organisms living in it and dependent on it.

It’s actually the need of the time that everybody tries to understand their surrounding environments and work towards the conservation of life dependent on it. However, this is only possible when people get out of their rooms and take shelter in the lap of nature and live in sync with the nature. And this doesn’t require any degree or qualification. It only requires willpower, love, compassion, perception and the ability to question one self and others. Ironically, none of these are really focused upon in schools today. In schools, all we’re thought is how we can grow up to become money minting machines.

Malhar tells me, “And so I decided that I have to learn as much as I can. And I don’t need a degree to follow the profession I want to pursue. The more I work, the more I live amid people and nature, the more experience I will gain and, thus, learn.”