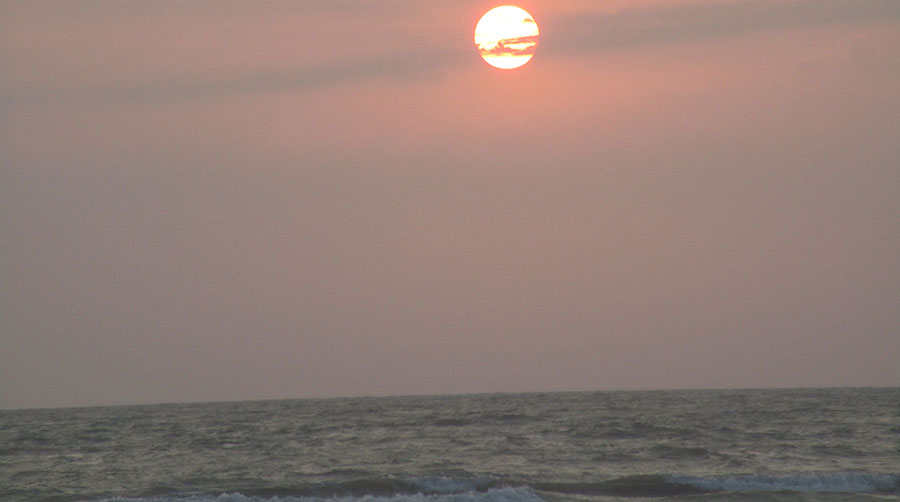 Throughout the history of mankind, the sea has always had an influence over it, directly or indirectly, but it has. For the mankind, it’s the source of water and precious mineral; it’s also the highway for international trade and the reason we have different seasons.

According to a study, 70 per cent of the oxygen found on Earth comes from the sea. Not only that, the sea is also the source for 10 per cent of the entire world’s protein, which is required for a balanced diet. With the changing times, the sea has now even become a source of entertainment and tourism. Every year, lakhs of people are attracted to the ocean for recreational fishing, boating, cruise and a bunch of other adventure water sports. However, it seems the mankind has taken the services of the seas and oceans for granted. Maybe that’s the reason the oceans are struggling to sustain amid pollution.

If you don’t believe me, question yourselves. Every time you’ve go on a vacation to a natural site, how much trash do you generate? Where do you throw the plastic packaging you get with your food? Where do our sorbet straws go? Now some people will say that they don’t litter and they only throw the trash in the bin. But have they ever wondered where the trash from the dustbin is dumped? But then there will be some other people who would not even want to think about these questions. Fair enough, why should they be questioned? We, humans, are selfish by birth.

Anyway, my intention is not to point fingers at anyone but to bring their attention to our acts, and where are they leading us. My next ‘parinda’ thinks similarly. She believes that instead of playing the blame game, one should invest energy in finding a solution to the problem. “And your positive efforts will automatically encourage other people to join you,” she says.

Born and raised in America, Jill Ferguson first came to India for her educational project and worked with a group of human rights activists in a village in Gujarat. Here, she realised that pollution was a serious concern for everybody, but especially for people whose livelihood depends on land.

She shares, “While working in Gujarat, I saw once that thousands of dead fishes were floating on water because industrial chemical waste had entered the water body. And its impact could be felt across the nearby village. After a lot of efforts, the villagers convinced some government workers to help them remove the dead fishes. Even though the dead fishes were out of the water body, I couldn’t help but think if the water was actually ‘clean’ now. This is the water that villagers drink, use for bathing and for various other everyday purposes. Does it not affect their health? Do the villagers raise their voice against this unclean water? There were so many such questions. And to find answers to these questions and more, I worked with my organisation to gather some facts. Later, I filed a petition in the court, hoping that the court would find a solution for us. Meanwhile, I had to return to the US to complete my education. I don’t know what happened of that petition but I couldn’t help but wonder if a court or a petition was the permanent solution to such a problem.”

This question stayed with Jill for a very long time. As she had already lived in India for two years, she decided to come back to India to work full-time. She discussed the idea with a college friend, Rahul Malani, and together they came up with the idea of Vaayu.

“Vaayu is not just a resort or a water sports centre. It is medium through which we tell people that you can establish a business and take care of your surrounding environment simultaneously,” Jill adds.

And so, the two decided to use naturally available material for the construction of Vaayu to ensure there was no negative impact on the environment. Even for the café menu, they made sure to get as much of organically grown vegetables and grains as possible to reduce carbon footprint.

“Through water sports, we try to build a relationship between people and the sea. In this culture of consumption, we have almost forgotten about our bond with nature. However, we need is to understand nature, nurture love for it, and live a sustainable life in sync with it. What we also need is spiritual development, but we cannot achieve that unless we build a relationship with nature,” she adds.

So, twice a month, Jill and her friends carry out cleanliness drives in areas around the sea. And they try to include as many locals as they can. They believe that the locals and their families have been living here for years, it’s their land. It’s just that they’ve forgotten the importance of their environment because of some shiny prospects. And so they attention must be brought back to nature and its importance for humans.

Jill says that simply talking about a change cannot happen unless you do something to bring about the change. “If we become the solution, more and more people will begin to join our endeavor, and then change will happen,” she says.