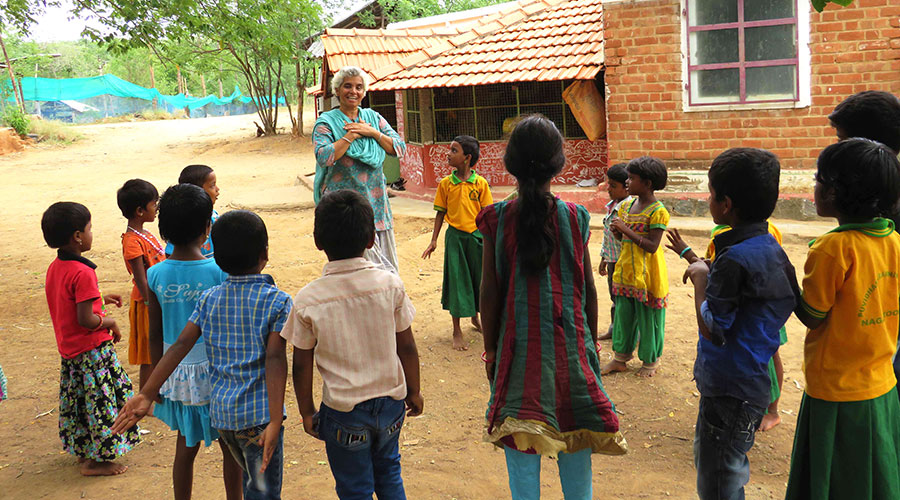 Today, a major part of the world is reeling under the consequences of climate change that have been caused by mankind over the years. The degrading quality of water, soil erosion, floods, rising temperatures, unexpected changes in the pattern of rainfall, loss of biodiversity and rising water levels in the sea are some of the disastrous challenges that are hanging over our heads and mocking us.

While a large population of the world contributes to pollution, it affects those the most whose livelihood depends on nature. These are people who consider nature their god. Farmers, fishermen and potters, among others, are losing out on their earnings because of the unquenchable greed of urban dwellers, forcing the nature-dependent livelihood workers to leave their peaceful rural lives behind to migrate to a life of hardships in a city — and live in a filthy, congested slum areas — in an effort to meet their daily needs.

To a considerable extent, the ‘modern’ city dwellers are to be blamed for this — and most of the time they are not even aware of it. It would not be wrong to say that for the selfish reasons of a fistful of people, we’re being taught a definition of ‘development’ that speaks of nothing but destruction.

When our latest ‘parinda’ came across this ugly truth, she saw no solution to the problem other than disconnecting himself from the endless race that she had become part of in this age of “development”.

Meenakshi Umesh was born in Uttar Pradesh and raised in Maharashtra. As she grew older, she came face to face with the glittering life of Andheri in Mumbai and realised that two cities exist within Mumbai. On one hand, there is a city full of eye-blinding glare. On the other hand, there is a city full of people who have come from villages to capture this glare. Meenakshi would often feel disappointed looking at the lives of people in the latter city.

Meenakshi’s life saw a major change when, during the course of her architectural studies, she got the opportunity to work in the world’s largest slum area – Dharavi. While working in Dharavi, she realised that the reason behind the plight of these people are the lives of those who live in that first glittering city of Mumbai. They people are so involved in their greed and modern facilities that they don’t even realise the repercussions of their actions on others around them.

Meenakshi came face to face with her own mistakes, too, while working in Dharavi, and this began to bother her immensely. Eventually, she decided to quit her work and move to Tamil Nadu to live an alternate life in Puducherry’s Auroville Ashram. At the ashram, Meenakshi realised that the force behind the manmade mistakes is our understanding of “development”, which is deep-rooted in our education system.

“In fact, starting from the environment to our personal lives, the root cause of all our problems is deep engraved in our modern education system,” believes Meenakshi.

Our modern education has created a gap between us and our roots, and made us selfish individuals. Our education system has created a system of competition around us, and conditioned us to think only about ourselves. People have begun to live with a sense of fear, and therefore they try to gather as many tools and gadgets as they can to make their lives easier.

However, education is supposed to free us of our fears and make us individuals who dream and work towards a better world. Nature and humans should be able to co-exist in such a way that a cordial environment can be created for other beings as well.

“I didn’t want this kind of an education for my children, and so I opened a school for them. That’s how the foundation for Puvidham was laid. Today, about 80 children come to Puvidham from nearby villages. We don’t study here, instead, we learn to live. We do everything here that we need to do to live our lives. We grow our own food, we weave our own clothes, we stitch our own apparels and we clean our surroundings. Even the school building has been built with the help of the children. The basis of all our work here is nature. We laugh and play with each other, and we learn the important of nature and the methods to conserve it,” Meenakshi adds.

Puvidham is not a school; it’s a small community of people, a family of sorts. If children fight among each other, they also share a bond of love and friendship with each other. And this is an important lesson for all of us. We need to keep humanity alive within us, we need to understand ourselves and we need to feel grateful towards nature — this way, we can be lifted from our problems.