Soil holds our past, present and future 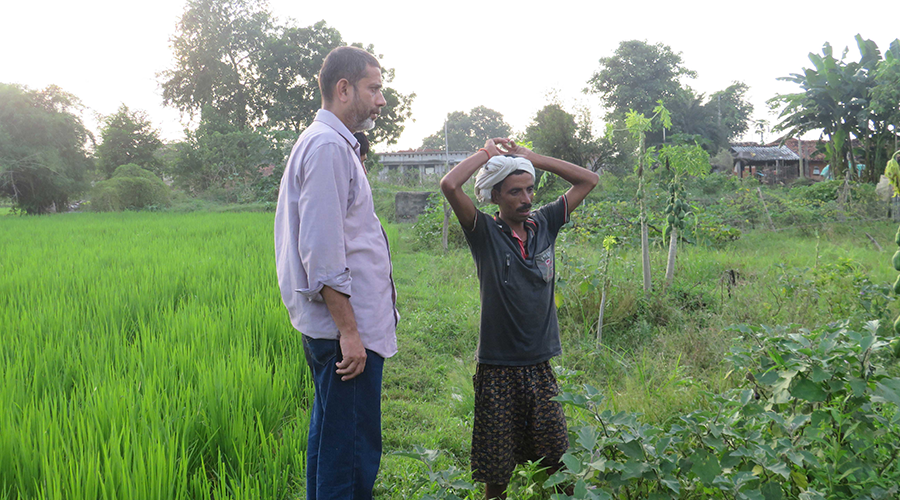 Most of us understand the importance of soil for life on earth. However, in the last few decades, we have adopted several modern techniques that had negatively affected our soil and reduced the content of necessary minerals and elements.

This is the reason famine and starvation has become so common in the world. But people who do not have a direct relationship or contact with land will probably not understand this. People whose food comes from big grocery stores run by corporate houses or those who are used to eating out in fancy restaurants will not understand this either. However, those who have done even a little bit of gardening in their lives or worked in an agricultural field can easily understand how a good quality of soil can change the results of such catastrophic situations. These are the people who also understand that the purpose of soil is not only to grow food but it also plays an integral role in protecting the diverse flora and fauna found in forests, lakes, rivers and fields; while maintaining the quality of groundwater and river water. As the soil-dependent vegetation around the area grows, the flora even prevents the soil from being washed out in the rain.

Our soil holds the history of our planet. The natural minerals that have taken years to form are stored in our soil. Similarly, even for the future of the Earth, the existence of soil is extremely crucial because it holds various organic substances and micro & macro bacteria that are the source of carbon, which supports life. Till the time the soil holds these important elements, we can hold the hope for fighting climate change.

Unfortunately, ever since we started adopting modern methods of farming and poisonous chemicals, we’ve been slowing killing the soil every day. What we don’t realise is that by killing the soil, we’re killing ourselves. It’s like we’re smiling at the invitation of our destruction.

Our latest parinda, Ishtiyaque Ahmad, has been working on the preservation and protection of local seeds for a long time now. When he first understood the grievousness of the use of modern farming techniqies and its consequences on the soil, he joined Greenpeace to work towards improving the quality of soil. He tells me that when he was working with Greenpeace, he spent hours speaking to thousands of villagers in the state of Bihar to understand the issues of land. And everywhere the response was the same — the soil’s quality is deteriorating and the farmers have no solution to fix this problem. The farmers were aware that the poor quality of soil had erased the presence of earthworms from the soil. Various insects and bugs and birds that fed on them, too, had vanished from villages. Chemical compost had polluted their wells. Yet, farmers didn’t want to return to their traditional methods of farming because they were scared organic farming will not be able to give them enough yield. Further, the count of cattle has considerably reduced in villages in the last few years. Because of this reason, farmers don’t have access to enough cow dung for natural manure. The little cow dung that is available to them on a daily basis is largely consumed for the purpose of cooking.

And so Ishtiyaque decided to work with Greenpeace to identify a location and create a model village where farmers would rely on traditional methods of farming. The aim of the project was to create a successful model that would inspire farmers from other villages to return to traditional farming techniques. After several interactions with community members, Kedia village in Jamui district of Bihar was selected as the pilot project site.

Ishtiyaque says that it’s not easy to work with farmers because we can’t tell them or expect them to wait for results. For farmers, their next harvest is their sole source of income and saving.

“So we started our efforts by using ‘Elixer Water’ (a combination of cow dung, cow urine, gram flour and neem, among other ingredients) on a small piece of land. When the local farmers saw its results, they slowly began to reduce the use of pesticides on their farms too. It’s been 20 months since the initiated was piloted in Kedia and not a single farmer uses pesticides today,” he says.

The next step was to talk to the farmers and work with them to improve the health of the soil in the region. “For this, we prepared vermicompost fertilizers,” he says. “Since earthworms had completely vanished from the region and the farmers could not have borne the cost of a vermi bed, we sought help from government schemes. With the help of government schemes, we were able to build a few small cow shelters in the village too.”

Next on the agenda were biogas plants and compost toilets for villagers. This has been helpful in meeting the fuel needs of the villagers, and the waste from the plant is used as manure for the farms. Further, human excreta from compost toilets is used for manure. Meanwhile, the problem of water, too, has been met with the carving of a few ponds.

With the help of various initiatives, efforts and support from government schemes, Kedia village can now proudly boast of 282 vermi compost beds, 11 biogas plants, five ponds, five cow shelters, one cold-storage unit and several compost toilets. The farmers of Kedia village are now self-dependent; and their input cost has considerably reduced. They no longer have to buy manure or seeds from the market or pay for irrigation; and their yield is better than ever before.

When the farmers of this village returned to their traditional and natural methods of living, even the nature was on their side.

The farms are alive with earthworms once again. Various species of birds and butterflies that had left the village have returned to their original habitat in Kedia.

“This is where the role of the country’s literate and educated comes into focus. How can they bridge the gap between the availability of government schemes and access to the benefits under them? That’s exactly what we’ve done in Kedia, and the results are in front of you. Even the government is citing examples of this village,” says Ishtiyaque.