Building the self-reliance of farmers 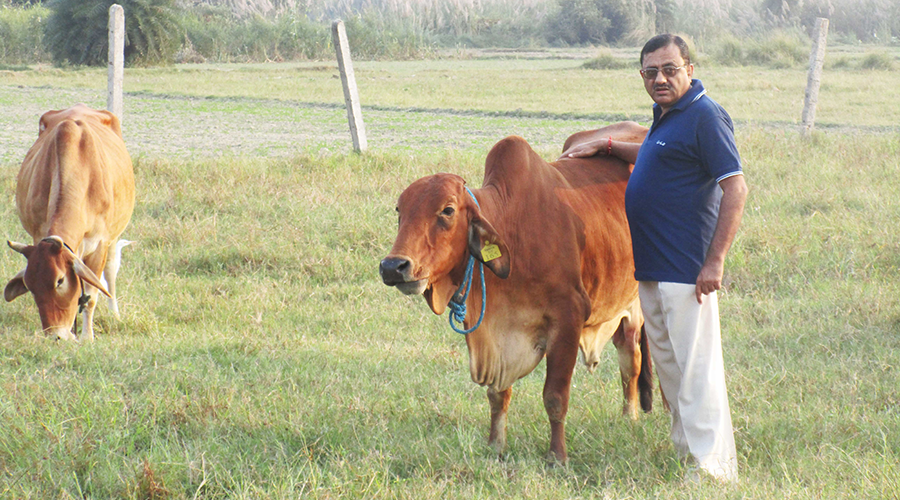 There was a time when money was everything for our latest parinda, Vivek Chaturvedi. In fact, he spent a major chunk of life just trying to earn more and more money. To earn more returns, Vivek even invested in a piece of land a few years ago.

Sometimes after buying the plot of land, he got a chance to participate in a workshop on Jeevan Vidya (Life Lessons). At this workshop, Vivek saw new perspectives of looking at life — and that was a new start for him. Instead of focusing on money, he started focusing on the value of real thing, basic needs and non-materialistic things.

“When I was reflecting on these life lessons, I realised that all that money that I had earned, after which the entire mankind is running, is a mere figment of imagination,” says Vivek. “It’s just a medium through which we fulfill our wishes and needs. However, the real value is not in these currencies but in the things that we buy from these notes. Our basic needs are still the same — food, clothing and shelter — as they were centuries ago. The only difference is that we’ve associated these needs with money today.”

“We’ve made our food poisonous and our water polluted. The air that was the source of our existence has today become the source of our destruction. And the reason for this is that we’ve made wealth and money the reality of our lives while the real needs have become mere objects to be used in our daily lives,” he adds.

When Vivek realised this hard truth, he started looking for solutions to undo what he had been doing until then. And he saw a solution in reconnecting and recreating a bond with the land. He started leaning towards agriculture; and understood that agriculture is no longer the same as it used to be some decades ago. Farmers, themselves, are so caught in the web of money today that they find it impossible to work without it.

The issue that caused most stress to him was that farmers were suffering losses despite working with seeds, which have the amazing power and potential to multiple into thousands. When Vivek was diving deeper into the issues of agriculture he learnt that farmers are dependent on markets for almost everything today. He has to spend money at almost every step of agriculture yet he doesn’t receive a reasonable price for his produce. In a situation like this, farmers are not even able to recover their input cost.

With this realisation, Vivek started looking for simple and intelligible options for farming. He began with increasing his self-reliance on seeds and compost. By utilising local seeds, he set up a pool of seeds for next year. For making compost, he started rearing cows and oxen. He used the excreta of the cattle for biogas; and its waste for manure. When he could no longer manage plowing, irrigation and harvesting on his own, he deployed the oxen in plowing.

“Do you know two rounds of oxen plowing is equal to five rounds of tractor plowing?”, Vivek says, adding that tractor often even kills the worms and microbes that live in soil, thus affecting the crop harvest.

For the process of irrigation, Vivek set up an oxen-powered water pump. Next, he used oxen-powered threshers and mowers that eliminated the use of any external machinery and yet increased the potential of farmers by at least two times.

“After taking all these initiatives, I wanted to introduce a measure and process by which farmers could become self-reliant in the areas of electricity and fuel too. I tried a few experiments for this. We innovated a gasifier that utilised straw in a village to produce electricity. To become self-reliant and self-dependent for petrol and diesel, we utilised the liquid waste from jaggery machines, which is frequently used for making alcohol as well. You can even use this fuel in vehicles if you make minor modifications to them,” says Vivek.

Right now, the experiment is in its preliminary stage but Vivek is confident he’ll soon achieve success in it. He is also working on an innovation that will allow farmers to get the maximum harvest by using minimum seeds.

Vivek believes that the day is not far when everyone will be forced to return to their roots and adopt farming because “we can’t eat, wear or drink money”.

“We have very limited resources left. Therefore, by returning to innovative techniques and traditional knowledge, we will not only increase the self-reliance of villages and farmers but also lead to optimal utilisation of available resources,” he says.