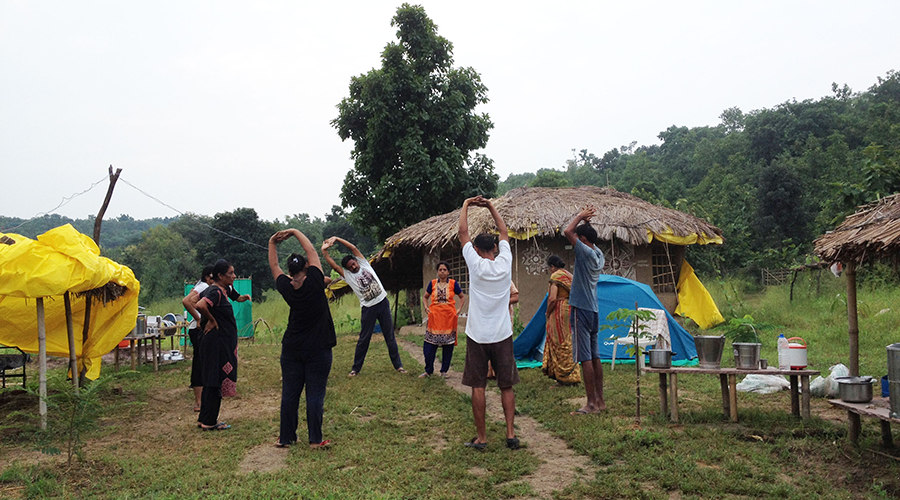 If a healthy person is made to believe that he/she is unwell, the health care industry can earn a lot of money. Pharmaceutical companies, for years, have been playing this game and enjoying. Due to the various chemicals consumed by a human, through various preservatives and products, fever, cold and cough are common. Usually, these “ailments” make our body stronger. Fever, for example, pushes a lot of toxins out of our body. When we pop pills into our body, it restricts these toxins from being released. Pharmaceutical companies, however, have been instilling fear into our minds and have termed this natural process as an “illness”. This way, they grow their businesses but play with the health of humans.

If we try to read up a little about this issue, we’ll know how these pharmaceutical companies are promoting this immoral and inhumane act. By instilling fear into our minds, they are forcing us to take medicines, which actually give birth to more diseases in our bodies. To cure these diseases, more medicines are produced. It’s a viscous cycle. Their objective today is merely to earn more and more profit. Some decades ago, the pharmaceutical industry was seen as a social service group. Supporting these pharmaceutical companies are often those doctors who are regarded as God by many patients and their families. So how does this work? Well, doctors take a certain commission from, let’s say, X Pharmaceutical Company and then prescribe a medicine of the same company to his/her patients.

You might be thinking that Rahul has a habit of writing against almost every other institution, and that’s why he is dissing this honourable profession too. But let me tell you, whatever I am saying is from my personal experience. I have taken no medicine in the last five years, and I’m perfectly healthy. In fact, I have been finding myself better ever since I stopped taking medicines.

Our latest parinda, Vipin Gupta, used to have complete faith in medicines. In fact, he was a researcher for various pharmaceutical companies. Many reputed universities have Vipin’s research papers in their syllabus. He has also worked with a few Nobel Prize winning scientists. A few years ago, however, he started developing doubts about the methods of some of these pharmaceutical companies. Several questions were being raised in his mind about the procedures being followed by them. When he translated these questions into his research, he came across several truths.

He knew that the human body is capable of two key things — reproduction and repairment. For both, our body needs the right environment and the right lifestyle. When he understood the importance of these two elements for the good health of a human body, he started doing several experiments with his life. He quit his job and took initiatives to bring his life closer to nature. His initiatives focused on two things: the first was to ensure he was living in the right environment; and the other was to change his lifestyle in such a way that he would not longer be a slave to medicines.

To further his efforts, Vipin organised several camps across different parts of the country. Through these camps, he was able to interact with people directly and make them aware about how they can tackle diabetes, blood pressure and heart diseases without medicines. To make his efforts reach more people, he even set up an establishment called Sehatvan.

Through Sehatvan, he brings small changes in the lifestyle of people to prevent and cure big diseases.

“While working in this area, one thing became very clear to me — there are two kinds of environments around us. One is the external environment, which encompasses flora, fauna, water and air; and the other is the internal environment that exists within our bodies. In this second environment, there exists microbiome inside our bodies — we commonly call them “germs”. These microbiome strengthen our immunity system and are as important for us as our external environment. Ironically though, we’re adamant on destroying these environments. In the last 15-20 years,  advertisements have played with our minds and our thinking capacities and made us believe that these microbiome are harmful for us,” says Vipin.

He adds, “To kill these human microbiome, we use sanitisers, soaps and medicines. By using these products, we’re reducing the immunity of our body and making it hollow by the day.”

At Sehatvan, Vipin tries to raise awareness about these issues. He explains to people how, by living in a healthy external environment, we can improve our internal environment. And in this journey, Vipin has seen some dramatic results in the lives of people who suffer from diabetes, blood pressure issues and other lifestyle diseases. Vipin says that if the right lifestyle is adopted, we can even prevent major diseases like cancer.