Creating a bond with environment 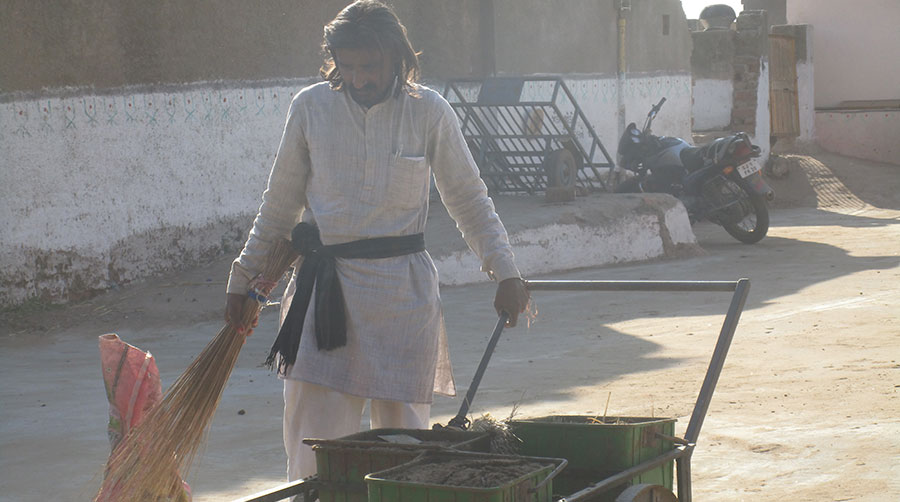 Experience doesn’t always lead to a change and change doesn’t always give experience. And what’s the difference between evolution and spiritual experience? Experience creates awareness, and evolution brings about a change in life structure. Evolution doesn’t always give experience. It simply organises the experiences together to heighten knowledge and memories, which in turn help in the evolution of a person. If you are in search of a spiritual path and want to improve your experiences and quality of life without changing your lifestyle, then it’s not possible. However, the practice of love is a very powerful process which can completely change your being, externally and internally.

Enchantment is not about improving your quality of life. It is about risking the whole life to live on the edge, making an evolutionary leap into unknown, relying on your wits, your creativity, and deepened life intelligence to create a new context for human life, to help it achieve it highest possibilities.

Reading all this you might think it is being spoken by some spiritual guru but these are the thoughts of a common man and our next “parinda”, Suresh Bhai.

Suresh was once a government employee who stepped out of his comfort zone and stable future for the dream of a beautiful future. A future where love, honesty and compassion resides within people, and where people don’t exploit the environment for their personal gains.

When Suresh Bhai was working in Patan, Gujarat, he realised that everyone was running after money. Nobody cared about the society or the environment. There were several questions in his mind regarding this and other pertinent issues of today’s world. So, to find answers to these questions, he quit his job and enrolled for a Master’s degree in Social Work at the Gujarat University.

That was a time when Suresh was going through a phase where he angry with the current system. At the university, however, he got the chance to meet and interact with Gandhians like Narendra Bhai Desai and Gopal Dada who changed his views on life and lifestyle. Living in the proximity of such great men, Suresh studied in depth the lives of Mahatma Gandhi and Vinobha Bhave (two leaders known for their non-violent approach towards human rights). It was at the university that he learnt the real meaning of service, and decided to dedicate his life to the society.

While studying at the Gujarat University, he also met Ishwar Bhai, the founder of Safai Vidyalaya (Cleanliness School). While living with him, Suresh travelled across 1,800 villages in the state where he tried to raise awareness about cleanliness, environment and female foeticide. Despite doing all this, he felt something was missing. It didn’t seem quite right. He felt that he, himself, was not living up the words he was speaking. He wasn’t living a life that he was preaching. That’s when he decided he had to stop at one location and live the ideal life he was preaching.

With this thought in mind, Suresh reached a small village called Wakenada near Ahmedabad in Gujarat and began a new chapter in his life. When he first arrived in Wakenada, local villagers refused to support Suresh Bhai. This, however, did not sway him from his aim. He identified some of the dirtiest places in the village and, after eight days of hard work, transformed them into the most beautiful sites. At one of those sites, he laid the foundation of the Temple of Service. Every day, he spent five to six hours working for the village community, clean the surroundings and segregating plastic waste from household trash.

Suresh, who believes his work is his love, says, “I didn’t have to teach anyone anything. I was sure that whatever I was doing, people would notice and be encouraged to do the same. I was sure people would begin to love nature.”

“The government has devised several laws for the betterment of the world. Even the aim behind terrorism-led violence or government-led violence is somewhere to make the planet a better place but their course is wrong. If love, compassion and empathy would reside among everyone, the world would become a better place on its own,” he adds.

And so Suresh set up an alternate education centre or a school of fun where he could nurture love, compassion and empathy among village children, thereby creating their bonds with environment. This year, Suresh has also done a lot of work in the field of organic farming to prove to the village folks that natural methods can, too, lead to a full growth of crops without harming the environment.

This man is doing so much for the village and, the important thing is, he is doing all of it for free and selflessly. His monthly expenditure is only Rs. 750. Aren’t you surprised that a man can dedicate his entire life to a cause like this? But this is the truth. Even the change that he believes in is true and possible.

During my stay in this village, I heard so many stories of change from the local community, and the love that I received in Wakenada is the result of Suresh Bhai’s selfless service and love for the people of the village. Afterall, love has the power to write stories of change and promise a better world.