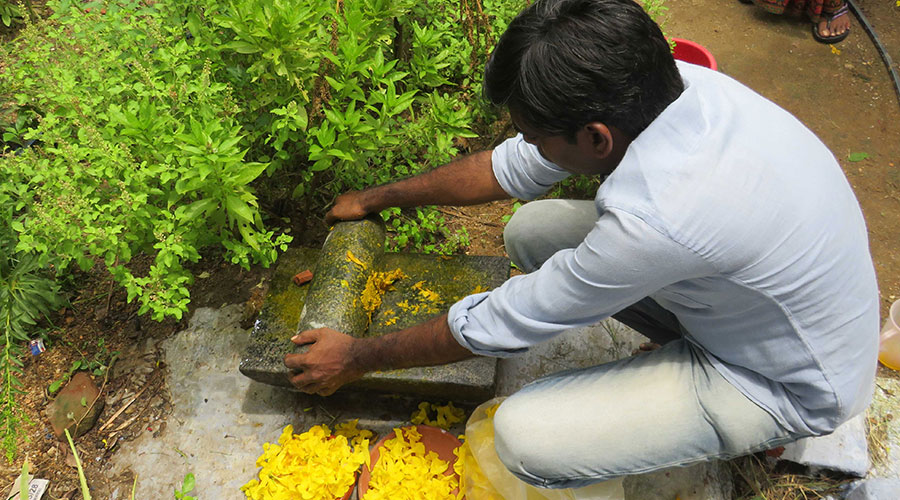 Since ancient time, natural elements like minerals, plants and flowers have been used to colour (read dye) our clothes. In fact, dyeing is a beautiful art if we look at it from a historical perspective. However, this art began to lose its essence when scientists discovered methods to create artificial colours in 1856. Using various chemicals, scientists created a variety of new colours, which were successful in attracting people. At the same time, these artificial colours considerably reduced the cost of production for textiles and clothes. This completely changed the textile industry, and natural colours began to be excluded more and more from the market.

However, with the continuous use of chemical-based colours over the years, we can now see various negative impacts of the same on our environment. If we talk about health hazards alone, the people who are most affected by these chemical colours are those who are involved in the dyeing process. Labour that work in textile factories earn very little and risk too much while dyeing clothes in a poisonous environment.

I know all of this not only because I’ve read about it or heard about it but I’ve experienced it too. During my college years, I had briefly worked in a textile manufacturing company. Every time I had to visit their dyeing unit, all I could think of was getting out of the unit. It seemed difficult for me to even spend five minutes in that environment because of the strong, toxic odour of chemicals. And there are people who spend eight to 10 hours in this environment every day.

It was much later that I came across a research that informed me that people who work with chemical colours are susceptible to tumours. In the highly developed United States of America, there are 40 times more cases of factory employees dying of cancer, cerebrovascular diseases and various lung diseases.

Our next parindey, Tirumurugan and Shiva Raj, used to work in a textile factory, too, in Erode, Tamil Nadu, for many years when they started to develop various ailments and the harmful effects of the toxic environment could be seen on their health. When they went for a check-up, the doctor suggested them to change their field of work.

It was during this phase of their lives that they came across some social organisations that were fighting against the impacts of chemical colours on local water bodies. This made the two realise that the negative effects of artificial colours was not restricted to human health but could also be seen on the environment. That’s when they decided to read more on the issue, and started looking for alternatives — and their research introduced them to natural colouring and brought them to Dindigul’s Gandhigram where they studied in depth about natural dyeing. It was then that they established a small enterprise by the name of Wrukshatone in Erode for natural dyeing of textiles.

Tirumurugan tells me, “When we were studying in Dindigul, we learnt that artificial colours were not only harming those who were working in dyeing factories but also those who were wearing these clothes. I can bet on this that most people would have never even thought about how clothes can be poisonous for them. No matter how much organic food one consumes at home, people are still living in a bubble if they believe chemically-coloured clothes are protecting them. Unfortunately, the truth is that our clothes are home to a variety of poisonous and invisible chemicals. Our textile industry, which is worth more than $7 trillion, uses about 8,000 different kinds of poisonous chemicals. These chemicals come in direct contact with our skin, and often cause lung diseases, cancer, infertility and various other life-threatening diseases. The more chemically-dyed clothes we wear, the more susceptible our bodies become to risks and diseases.”

Shiva adds, “Almost every industrial dyeing process involves mixing of chemicals in water. When the textiles are dyed, this toxic water is then directly released into a river or a canal because the cost of water treatment is too high for these enterprises. Every year, the global textile industry releases about 40,000-50,000 tonne toxic water into water bodies. On the other hand, natural colouring requires 80 per cent less water for production. Additionally, even the water that has been used in the process of dyeing comes as a boon for farmers due to its high potassium content, which acts as a fertiliser.”

Due to awareness and government diktats, several factories have started separating chemicals from the water to be discharged but they are not aware of how to deal with this extracted chemical waste. Further, the discharged water is not fit for drinking anymore. In a town like Erode where the Cauvery river is a boon, people are forced to buy drinking water because water from the ground has been found with various poisonous elements. In fact, on the shore, the water is often visibly coloured as if someone has just played Holi.

Our natural surroundings are full of beautiful colours. If we understand our nature well, and respect it, then we’ll know that there are various methods to extract natural colours from our environment.