From narcotics & arms to organic farming 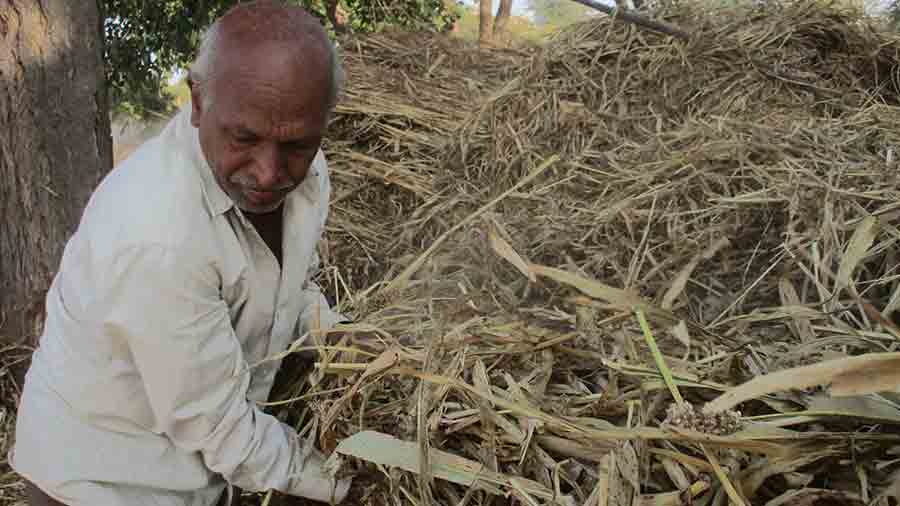 It is said that the act of committing a crime is a tendency that is naturally found in humans. In some people, this tendency is more dominant while others are able to exert a greater control on it. This is the reason crimes were being committed thousands of years ago, and crimes are being committed even today.

People have been carrying out research on crime and criminals for years, but nobody has been able to pinpoint one common reason to prove why a person turns into a criminal. Some theories suggest that criminal nature preexists in humans while another explains that the society, environment or circumstances turn a person into a criminal.

We’re now in the 21st century, and over the years researchers have progressed in the study of crime and its reasons. However, there was never a crime-free world nor will it ever be. Rather, it would be better if researchers focus on the reasons that turn a person into a criminal, and work on those tendencies to make this planet a better place.

You must be thinking why am talking about this instead of narrating my latest innovator’s life. Well, that’s because I was forced to think about it because of the innovator I met in Jodhpur.

The latest innovator under this project, Dinesh Gurjar, spent most of his life in activities that are termed “criminal”. There was a time when he was the rising star of the criminal world. He was the villain of the society. From drugs to weapons, he’s done business in all.

Dinesh tells me, “When I was in school, I often saw serious conflicts between ethnic groups around me. As I grew older, I began to adopt that kind of violent nature. Fistfight and felony seemed natural to me. It was in 1970 that the first case was filed against me. However, during the hearing, somebody else would always go and take my place. This way, I got rid of the little fear that I had in me. I figured how to play with the law to save myself. I became bolder and braver, and eventually was a time when there were 50 cases against me.”

In this “boldness”, Dinesh killed a man in 1986. And this time, he couldn’t get away. The case went on in court for four and a half years in court, and he was award life sentence. However, he broke the prison a year later, and was on the run. In this chase with the police, he committed one crime after another. Soon, he reached Mumbai and began to deal in illegal arms and narcotics for the dangerous underworld. He was almost caught several times, but changing his identity helped him get away every time.

In 2001, however, he was part of a major crime racket and realised he couldn’t get away this time. So he decided to serve his prison term in Tihar Jail. There, he got the opportunity to enroll for the Art of Living meditation course.

A MA and Hotel Management graduate, Dinesh says, “Modern education system does not allow room for analysis even though it’s supposed to be an integral part of ‘learning’. If one cannot analyse his/her activities, then how will he/she know which path to take. That is what happened with me. I never reflected on my decisions to notice in which direction I was heading. I just did whatever was in front of me, without thinking if it was right or wrong. Art of Living gave me the chance to reflect upon myself, and I started participating in almost every Art of Living course that was offered in the prison.”

Taking a step forward in that direction, when Dinesh was released from prison in 2011, he became an Art of Living teacher and began to introduce meaningful changes in the lives of people. In early 2014, during an Art of Living session he learnt that whatever toxins the body releases through yoga and meditation, are taken in again when a person eats.

He says it is rightly said that a person becomes whatever he/she eats. “Today, our food is the greatest enemy of our physical and mental wellbeing.”

Everybody wants to eat healthy food but nobody wants to grow healthy food, Dinesh laments. Unfortunately, even the farmers have been engulfed in the paradoxical web of the government and corporates which make them believe that organic farming cannot sustain a farmer’s life.

Dinesh’s effort will reach a milestone in 2016, by the end of which he would have promoted organic farming across a thousand acres of land. The impact is already visible around him. Some of his neighbours have given up chemical-based agricultural practices to adopt organic farming.

“The journey is long and difficult, but I’ve always given my 100 per cent to whatever I’ve done, be it crime or this. And this is important for our generation. This will decide the future of our upcoming generations, then why shouldn’t I give my 100 per cent to this?! I’m sure I will achieve the goal I have set for myself,” he says with confidence.