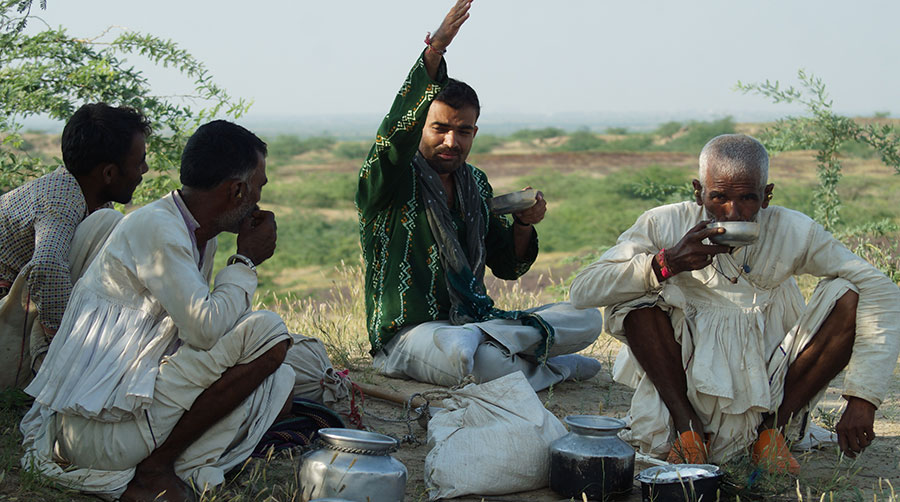 If there is passion, nothing is impossible. But if there is no passion, then even success and achievements cannot give happiness. The world is full of examples of people who have earned great achievements in life but it didn’t give them the same happiness as a small success in pursuing their passion gave them. And so it won’t be wrong to say that to achieve something in life, passion is as important as breathing is for life.

But what is this passion? What gives rise to it?

It stems from a dream. When you have a dream, you put in all your energy to accomplish that dream. This energy, zeal and enthusiasm turns into an ambition, one for which you are willing to put in your heart, mind, soul and body. And this race to reach the ambition doesn’t stop until that dream is accomplished.

Our next ‘parinda’ had immense love for plants, forests and wonders of nature from a very young age. As he grew older, this love turned into his passion. At an age when his friends would play in open fields, he had made the forest his playground.

Brought up amid the Aravali wildlife, Pankaj Joshi spent his youth playing and roaming around in the jungle, thus learning from nature. He then went on to pursue his education in his interest field. After completing his PhD, he joined the Gujarat government and began to carry out research on the conservation of biodiversity in the forests of Kutch. As a scientist, he wrote several research papers on the topic and worked on various projects with the government.

Even though he was working in a field he had always thought of pursuing — and he continued doing that for a decade — he did not feel the same happiness as he felt as a child while playing in the forest. He felt that his research had little meaning if its recommendations were not being put to test. He didn’t want his research to be just a bunch of papers catching dust in the corner of a government office rather than actually being implemented in the conservation and protection of the forests.

With this thought, about five years ago, Pankaj quit his research work for the government and spent the next two months in the forests of Kutch, interacting with the people living there. Having stepped out of the four walls of his office, Pankaj understood the ground reality and started looking for a place from where he could start the conservation process. It was during that period that Pankaj met Sandeep Vurmani, the Trustee of an organisation called Sahjeevan. Sandeep gave him a space to work and Pankaj went on to spend a lot of time with Maldharis — nomadic tribal herdsmen who live in Gujarat — who helped him realise that the ground reality was very different from what he had been told.

While the government had warned that the Maldhari tribe was a threat to the forests and its fauna, Pankaj realised the tribe was actually responsible for protecting the forest life for thousands of years. It was the centuries-old traditional knowledge that these tribals held that had helped conserve the forests till recent times. On the other hand, it was modern science and its consequence of unethical interference that had led to the degradation (and extinction) of various species of forest flora and fauna.

“I realised that if we have to save the forests, we have to follow the knowledge and traditions of the tribals. We have to give it the respect that modern society and education system hasn’t been able to give,” remembers Pankaj.

And so, three years ago, a network called Ramble was formed to take the traditional tribal knowledge to the government and scientists, and to ensure that residents of the forests are a part of any future research or project that the government undertakes.

Pankaj believes that a change can only come if our approach towards it is democratic. “However, we’ve always seen this approach being suppressed at all levels, starting from the school level. Being a part of the system, we have become a part of the oppression as well, which is why I used to believe that my research conclusions were ‘correct’,” he says, adding that he had started believing that the tribals were illiterate people and had to be removed from their habitat in order to protect the forests. But it was later, when he started living and working with them, that Pankaj understood that knowledge comes from experience and not from modern science.

“We talk about living in a democracy but there is hardly any democracy when it comes to these people,” he says. Whatever decisions are taken, are taking by top-level people who live away from the community, confined to the air-conditioned walls of their homes and offices. In a case like this, even though the patient is suffering from fever, he may just be given a medicine for stomach ache.

Until we live with the community and involve them in understanding the ground realities and finding solutions for it, “change” will only remain an illusion.