Towards a more organic lifestle 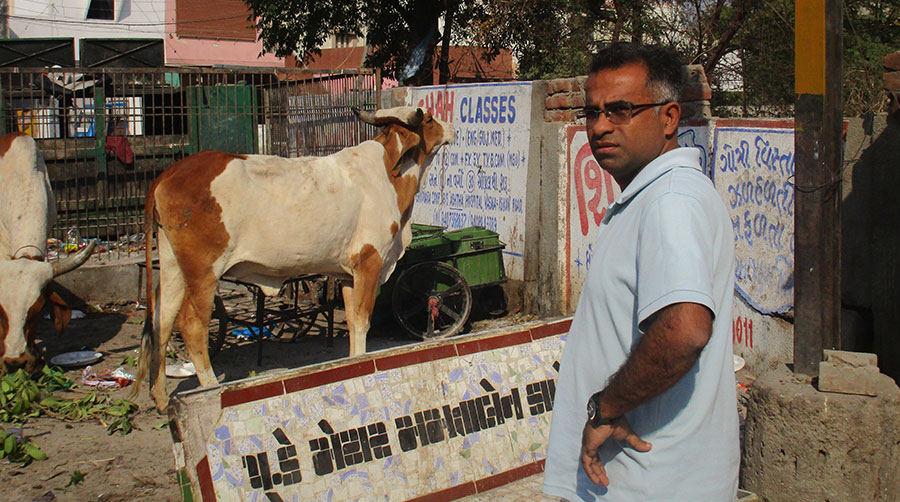 Our relationship with trash in today’s time, can be perfectly summed up in the phrase, ‘Out of sight, out of mind’. No sooner do we clean our houses and the municipality clears out trash from our locality, we forget about its existence and believe that we have completed our responsibility. Does any of us ever think about what happens to the trash that we throw out? Where does it go after leaving our homes? Can that waste be used in any other way?

About 25-30 years ago, when our houses were swept, there would be just dust and dirt. At least, that was the case in my house, I don’t know about big cities. Even during my various trips to different villages, this is what I found. People in villages don’t discard anything until it is completely utilised. So then what changed our habits?

Twenty-five years ago, our economy was opened to the world market. Consequently, our country sat on the horse of the so-called development and sped towards destruction. We saw several changes, even in the lives of middle-class families and their standards of living. I don’t term any of it wrong or bad, however, it taught us the culture of ‘use and throw’ in our daily lives because of which almost every city is sitting on a garbage dump today. This culture is slowing seeping into our village as well.

According to official figures, Vadodara (in Gujarat) alone produces 1,000 tonne of garbage every day. Out of this, 45 per cent is food, yard and agricultural waste. So we can imagine how scary the national figures must be! In a situation like this, if we are able to dispose of this waste properly, we’ll be able to solve many other related problems. We can produce several tonnes of organic manure through biodegradable waste, which can, in turn, reduce our dependence on urea and pesticides. The production of biogas can also be a solution to the problem of fuel. While all of this seems like an idealistic situation, the real question is who will do it in reality? The answer to this question can be found in the story of our next ‘parinda’.

This story starts in 2008. Amit Arora’s life was like any other person’s in a city. A graduate from the Delhi University, Amit went to Meerut to pursue law before he joined the corporate world for a job. He was earning well and had a loving wife, what more does a man want? However, it wasn’t what Amit aimed for.

One day, like any other normal day, Amit was reading the newspaper in the morning when he saw an advertisement for the Teach for India campaign. Amit had always had a lot of ideas and questions surrounding education and the education system but he had never thought of working in the area. After reading the advertisement, he thought we often talk about “bringing about a change” but when it’s time to take a step, we usually step back.

“So if I’m getting an opportunity like this, why not test myself once and see the results?” Amit had thought to himself that day. With this thought in mind, he filled in the application for Teach for India Fellowship. A few months later, he found that he had been selected. He resigned from his job and moved to Pune. Doing something like this is not easy for most people, it wasn’t for Amit either, especially since he was at a time in life when one aims for a secure future for his/her family. But Amit had the support of his wife; she too quit her job and moved to Pune with him.

While working with Teach for India, Amit learnt that, on one hand, there are people who have no shortage of resources. In fact, their resources are simply scattered around their house, with no purpose of use, and eventually land in trash. On the other hand, there are people who don’t even have the basic resources. He wondered how he could use the un-utilised and excesss resources from one house for the benefit of those you didn’t have resources and, in turn, help in the latter’s education.

After Teach for India, Amit joined an organisation in New Delhi to impart digital literacy among children. While working at that organisation, Amit got in touch with a few companies and struck a philanthropic deal to get their old and unused resources for the purpose of education of children.

So far, Amit was only keen on working in the education sector. He felt that if had to truly help the children, he would have to quit his (then) current job and get involved in another way. However, Amit’s responsibilities had also increased in this period. He was now the father of a beautiful daughter. He decided to join the corporate world once again. His plan was to work a few years in the corporate environment, save some money and then return to the education sector.

In his corporate job, Amit got the chance to carry out some research on waste and he realised that what he had seen through the eyes of Teach for India was just a trailer. The extent of garbage being produced and left untreated was much higher and dangerous that he had imagined.

“If nothing is done soon, it could take a ghastly shape, so ghastly that no solution would be effective,” he thought.

Amit then, once again, quit his job and moved to Vadodara with his family, about a year ago. He started his own company in Vadodara where he now works in the area of organic waste management and creates awareness among people about the problems of waste.