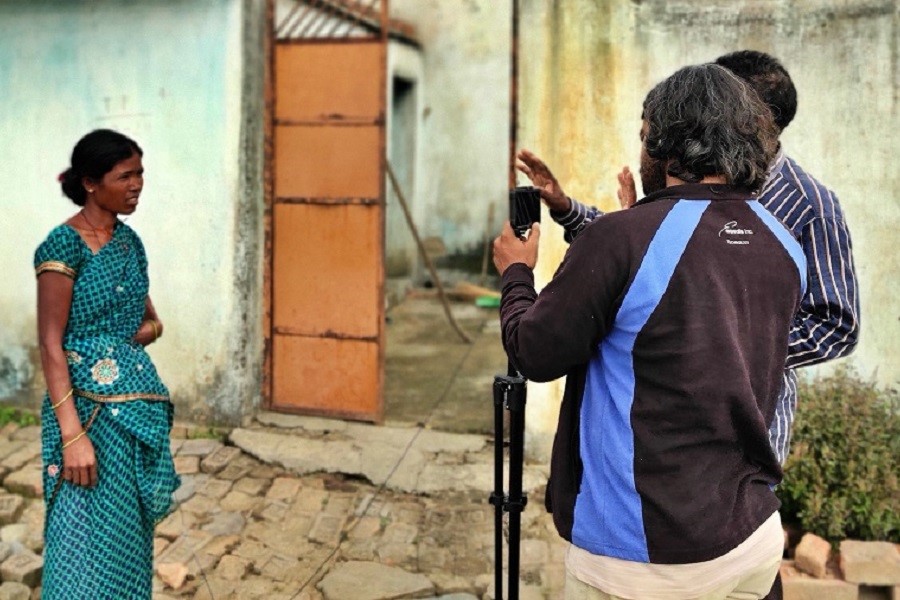 “Why should the tribal people remain silent when they are being brought to their knees in the dark room of helplessness, and their legacy is being uprooted? Why should they alone seek non-violent means of protest?” – Rajaraman Sundaresan

Rajaraman Sundaresan, a 29-year-old freelance journalist, is driven by the sharp-edged questions that he puts forward. While most of the mainstream media, being puppets to the corporates, remain silent on the issues in the tribal regions; Raja takes the voice of tribal people to the outside world, conveying the stories of survival and annihilation which has become a part of their lives. “Every human being has a guise. I sometimes wear a journalist’s mask and sometimes an activist’s,” says Raja. Moreover, he sees all tribal movements as learning centres. Raja believes that a child from a tribal area can gain more knowledge from the movements than they can from school. “I too am learning from every tribal act of dissent.” Raja adds.

Raja in a discussion with people about the consequences of mining (Photo: Amal Dev)

Raja resides in the tribal village of Muniguda in Odisha. Although a Tamilian by birth, he spent most of his life in Bhubaneswar. It was during Raja’s college life that he was drawn towards working for the justice of Adivasi people. His life journey from an engineering student to being part of the lives of tribal people of Muniguda was also in search for answers to many of his questions. Raja’s study and life was always driven by questioning the status quo around him.

In 2012, Raja graduated from the ‘Kalinga Institute of Industrial Technology’ with a degree in Telecommunications. It was during this period of study, from 2008 to 2012, Raja began to learn more about the Adivasis. The ‘Kalinga Institute of Social Sciences’ (KISS) was located near to the college where Raja studied. It is considered as the largest educational institution in the world for indigenous students. There were some tribal students in his class as well. No matter how many times Raja tried to interact with them, he could not establish a friendship with anyone. In 2009, Raja co-created a voluntary service group, ‘Rhythm of Nation’, in the college with the main objective of creating political awareness among the students and supporting the poor. During this time, Raja tried to learn more about the Adivasis from the students in his class as well as from the school.

After completing engineering in 2012 he got a job at Wipro, an IT company. But within a short time of working, Raja realised that his purpose in life is far from what he was doing then. It did not take long for him to realise that he had to stand up for the Adivasi people. The same year, he resigned from Wipro and joined KISS as an Executive Officer. Within a short span of time, Raja started noticing a fear in the eyes of the children. He began to observe them keenly. In order to know more about them, he deliberately befriended the hostel warden and security guard. That is how Raja came to know about the shocking incidents that took place in the hostel. Children are not supposed to use phones in hostels. If at all they find someone using a phone, they would seize and destroy them by throwing it on the wall in front of the students. This instilled a huge fear in the minds of the children. Later, Raja began to pay attention to every change and practice made by the school authorities. Cutting children’s hair, setting up Hanuman temple at school, organising only Hindu festivals, etc.

So, after working for two years, Raja joined Jindal University in Haryana for a postgraduate degree in Public Policy. The struggle for justice was also a major part of his educational journey. Jindal had similar views to that of KISS. Raja figured that Jindal had financial dealings with several mining companies and later organised students to protest strongly against it. Even today, Raja is ashamed of the fact that he was also a part of the educational institutions which were built by eradicating the Adivasis in the name of development. As part of his postgraduate research, Raja chose to study the factory schooling model at KISS, which revealed to him the agenda of the institute. Majority of the country’s mineral reserves are in Odisha and are mostly inhabited by tribal people. There are 62 different tribal communities in Orissa. If one wants to mine the minerals from those areas, the Adivasis have to be evicted. This residential education thus becomes a perfect plan to do so. Students spend most of their lives at school and occasionally visit their homes. When they come home for vacation, the children would have forgotten even their own tribal language. Reforms and regulations to eradicate their tribal identity are being implemented in all of these private residential schools. In addition to it, these schools are financially supported by the biggest mining companies in the country.

After completing his studies in Jindal, Raja began to study this issue intensely. In 2018, he wrote and published an article entitled Achutha Samantha, The Myth of Being a Messiah. The article talked about how the agenda of KISS and other residential schools was to destroy the next generation of indigenous communities of their responsiveness and their faith in their own cultures. He later worked as a journalist for six months. Raja mostly conveys his protest against the exploitation of the Adivasis through his writing. He has published numerous articles in various mainstream online news portals regarding the same. When Raja learns about a problem, he reaches out to the most affected people and engages directly with them to understand the roots of the issue which makes him unique in what he does. 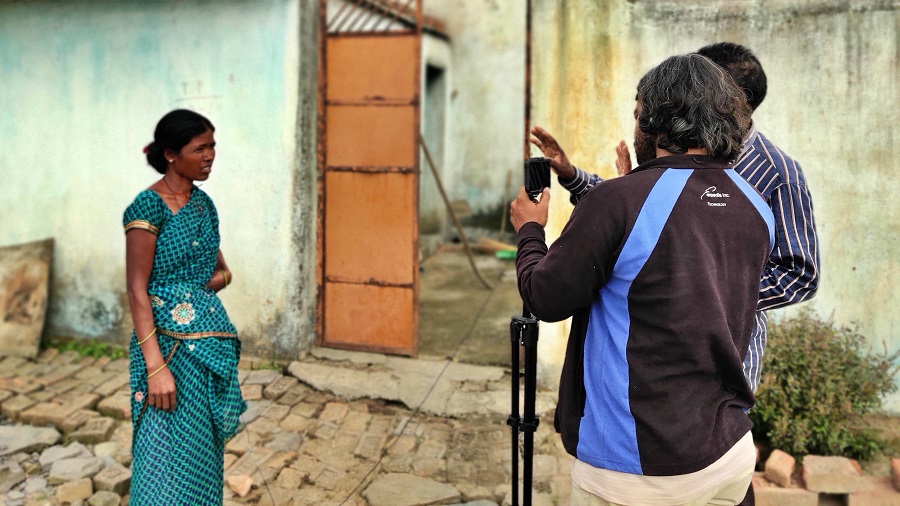 A tribal woman talking about the issues they face due to mining (Photo: Amal Dev)

Although Raja says it is his duty to convey the struggles faced by the Adivasis to the society and make them heard in the socio-political context, the repercussions are also immense. When it was decided to select KISS to host the World Anthropology Conference, Raja was one of the few people who wrote strongly against it from the very beginning and reached out to other people. As a result, more than 200 tribal leaders, academicians, activists, student union representatives and others related to tribal rights movements signed the petition against the selection of KISS. Later, some prominent social activists from around the world, like Boaventura de Sousa Santos, Arturo Escobar, Gustavo Esteva, Virginius Xaxa, Ruby Hembrom, Walter Fernandez, Aninhalli Vasavi, Ashish Kothari and Nandini Sundar were among those who supported the appeal to exclude KISS from co-hosting the World Anthropology Conference in 2023. As a result, the hospitality of the KISS was scrutinised and revoked.

Through his writings, Raja exposes the arrogance and insensitiveness of the State towards Adivasis as well as the hidden agendas of the corporates. Raja asserts that the freedom struggle that took place ahead of 1947 was not the only one, but when Adivasis dissent against the State and the corporates for their land and their rights, that in itself is another freedom struggle.

“Only indigenous (Adivasi) justice can lead us to social justice.” – Rajaraman Sundaresan

Raja believes that social justice is not just about providing basic amenities, health and education to all. It also embodies the tribal vision of restoring the dignity of all life forms and the land we live in. Throughout Raja’s life journey, he has succeeded in communicating the emerging questions on justice to the people around him, and they reflect in his writings as well.

Rajaraman Sundaresan can be reached out at: osr.usocial@gmail.com

Teaser / SEO description: Rajaraman Sundaresan, a freelance journalist who brings the stories of tribal survival and annihilation to the outside world.