Rivers, veins of the nation 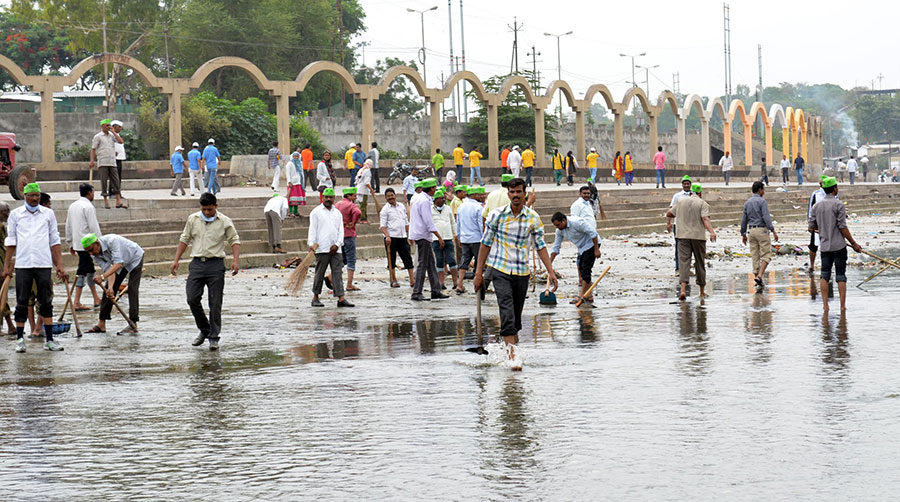 India is lucky that it is home to seven major rivers and their thousands of tributaries that perform their role in the same manners as the numerous veins in a human body that assist in blood circulation. Spread across India’s geographical area of 329 million hectares, the rivers in India are an integral part of the country’s natural richness.

Carrying the weight of India’s cultural, economic, geographic, religious and spiritual development, these rivers have been flowing uninterrupted on earth for thousands of years. These rivers are not just the source of water but are an important part of our ecosystem that protects the environment and the biodiversity. This is the reason that human civilisations have come up one after another on the banks of these rivers, with the civilisations’ existence depending on these rivers.

Rivers have always held a lot of importance in the Indian culture. However, as humans slowly started moving away from nature, our ancestors began to associate rivers with religious, just to ensure its protection and force some kind of a bond between humans and nature. Unfortunately, in the last few years, especially since the rise of the “modern civilization”, the situation has become such that the water in some rivers has not only become unsuitable for drinking and bathing but even farmers can’t use it for the purpose of irrigation. Most of the Indian rivers have either already been sacrificed in the name of development or are on the verge of being sacrificed.

We often hear that if one takes a dip in the river, one is cleansed of his/her sins or any filth that exists in the human body. However, rivers, these days, are only carrying the scum of modern civilisation. On the banks of which we built the pillars of growth, the rivers are writing the stories of their death.

The reason we’re hearing so much about global warming these days is because we’ve killed our rivers. Consequently, the biodiversity and the ecosystem that these rivers were protecting around them, have also been destroyed. So many jungles have been razed to ground, thousands of species of flora and fauna are extinct, and soon even we may become extinct because now the nature has waged a war against humans.

When my next parinda got the impression of this terrible war, he became a warrior dedicated to bringing humans closer to nature once again and reinstating the respect that our rivers deserve by encouraging people to revive the rivers around them.

Rajesh Pandit is a common man. He has a family and a job to sustain his family. On account of his work, he often has to travel to different parts of the country. During these trips, he was able to carefully notice modern development, and understand its impact across different parts of India. Every time he would come across a disastrous impact, he’d feel extremely disappointed. However, as he had a lot of family responsibilities, he shied away from taking any step.

Things changed for Rajesh a few years ago when the government ordered indiscriminate felling of thousand-year-old trees for the construction of a Mumbai to Agra highway just outside Nashik. This was unbearable for him and he launched an agitation against the same. He filed a petition against the Maharashtra state government in the Mumbai High Court. Eventually, he was successful in protecting the trees in the disputed region.

Around the same time, his attention was grabbed by the pollution in river Godavari. He realised that the river, that once formed the basis of existence for the city of Nashik was now struggling to save its own existence. Rajesh decided to involve youth and children, and launched a movement. However, as usually happens in this nation, things were not moving forward beyond mere assurances from authorities. He realised that, once again, he was not left with any option but to approach the judiciary. He filed a petition against Nashik city’s municipal corporation, the state government and the Centre. When the judges reprimanded the administration, some work finally started for the restoration of the Godavari.

It was a time when the citizens of Nashik had become reckless towards its river. So, besides asking the government to take some necessary steps, it was equally important to create awareness about the importance of a clean and healthy river, and involve the local community in the protection of the Godavari. For this purpose, he launched a mass awareness campaign through which 12 lakh children, in a day, pledged to protect the river. On another day, 6,28,000 trees were planted. Some years later, on a World Environment Day ahead of the Kumbh Mela, Rajesh motivated 22,000 individuals from various sections of the society to come together to launch a community cleaning operation.

Rajesh didn’t stop at these successes, he went on to request the government to build a close relation between the Kumbh Mela and the nature in an effort towards bringing people closer to the needs of their environment. He also began to call the festival the Green Kumbh. However, things could not move as smoothly as he had wished. The powerful people of the city and administration put a lot of pressure on him. Rajesh was labeled a Green Terrorist and an ‘enemy of development’ but he could not be stopped.

Today, the Godavari has managed to earn back its due respect and healthy existence in some parts of Nashik but there’s a long road ahead.

Rajesh believes, “An enemy of the Godavari is an enemy of ours.”