Turning all eyes on our farmers 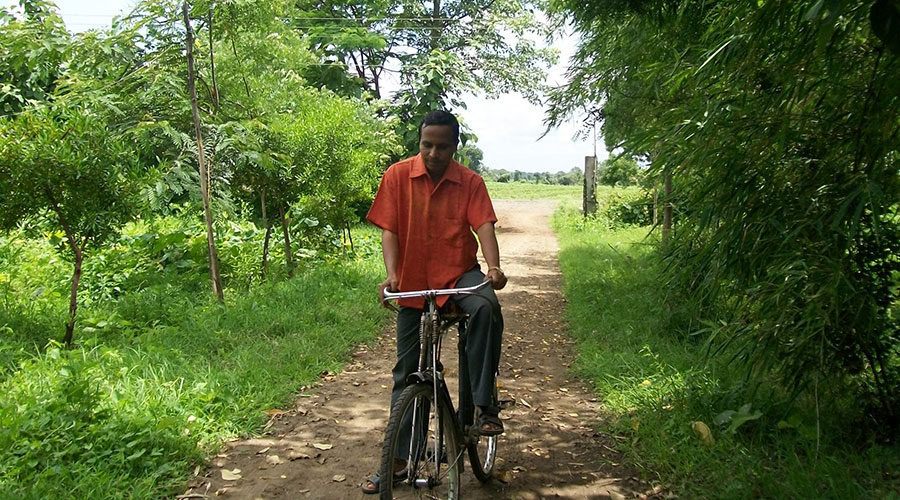 If Yavatmal district in Maharashtra is known for anything in India, it is for farmer suicides. This region has a forest cover of 2,24,000 hectares with sufficient amount of rainfall, then what is the reason that so many farmers kill themselves every day here?

Our next ‘parinda’ tells me about some of the reasons that have forced farmers to take such a drastic step. He says, a lot of farmers are trapped in the clutches of moneylenders. The interest on such loans is extremely high. Despite the rainfall, there isn’t enough water for irrigation because there is no water left underground as a result of excessive digging for bore-wells. The situation of water is so bad in the region that it is distributed to people through a tanker under police supervision. Arguments and fights over water are common here. The water level in the well has gone so low that a number of women have lost their lives while trying to pull water out of it. Our next ‘parinda’ grew up under such circumstances. Like many others, he saw his maternal aunt fall into the well while trying to retrieve water.

Born in a cattle rearing family, Madhukar Dhas grew up helping his parents rear the cattle. When he was a little older, he moved to Pune. To support the fee for his education, he used to clean toilets in people’s houses. For this job, he used to earn Rs. 16 per day. This money helped him support his stay and his education in Pune. Previous to that, he used to work at a construction site where he earned Rs. 8 every day. Years passed, and he managed to finish schooling. After he passed out of Class XII, he joined a local organisation which helped raised public issues through demonstrations, protests and marches. Simultaneously, he continued to pursue higher education and graduated with an MA degree and excellent grades.

One of his professors noticed his hardworking nature and recommended his name for a teaching job. When Madhukar went for an interview, he was asked to cough up two lakh rupees as a bribe to get the post. At that time, Madhukar didn’t even have Rs. 200 to go back to his village let alone Rs. 2,00,000. Disappointed with what had happened at the interview, Madhukar decided that he didn’t want to do a job but wanted to do something through which he could help people like him live a sustainable life.

With this thought in mind, Madhukar registered an organisation called ‘Dilasa’ (meaning encouragement or comfort) in Yavatmal. In his initial days, he was supported by a Fellowship that was granted to him by activist Medha Patkar and actor-cum-activist Nana Patekar. This helped him lead demonstrations on various public issues. However, he was soon tired of this work, especially since he could not see any change among people or in situations. It was during this period that he got the opportunity to work with Vilas Rao Salunkhe, who was popularly known as ‘Pani Baba’.

When Madhukar started working with Pani Baba in 1998, the death of his aunt was still fresh in his mind. Around that time, he met Mansoor Khorasi who was a civil engineer by profession. Mansoor was looking for a partner with whom he could work in the region to solve the water crisis.

Today, with their efforts, the crisis hasn’t completely been resolved but the situation is much better than it was earlier. Together, they developed or employed various innovative techniques to collect rainwater and increase the ground water level. Additionally, they used a number of traditional water conservation techniques that had been long lost or forgotten. These techniques were implemented in around 1,200 villages across nine districts of Maharashtra.

Madhukar also advocated growing multiple crops rather than cash crops to ensure round the year sustenance. Besides this, he formed 9,000 self-help groups through which loans — for small industries and farmers — amounting up to Rs. 50 crore have been distributed, reducing their dependence on private moneylenders.

Through his efforts, Madhukar has been able to facilitate direct employment to 200 youth. This youth power has consequently led to positive changes in the lives of at least one lakh other families.

Madhukar says that he has done a lot of work in the sector in the last 20 years but the situation is still quite scary. “We’ve prevented a number of farmers from committing suicide but we still lose thousands of farmers every year. Every government turns a blind eye towards the agriculture sector. However, now that the water level is finally rising here once again and a so-called rebirth of rivers is taking place, the government has all of a sudden become interested in ‘developing’ the region. Soon, several industries will be set up here; and they will snatch away the rightful water of the farmers. The farmers who’ve just begun to enter a better place, will be left in a worse situation.”