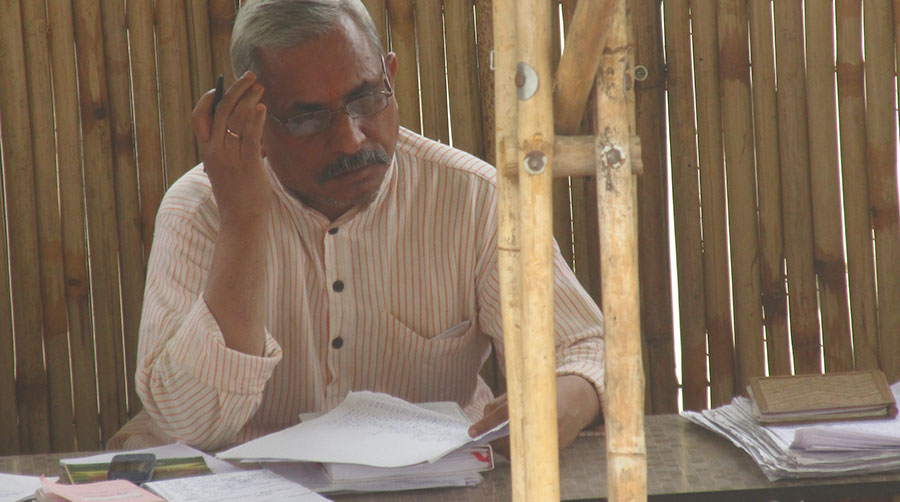 All forest dwellers around the world have learnt to live with nature, with all its heterogenous and complex situations. They live in those areas which are rich in biodiversity. In India alone, 68 lakh families are associated with at least 227 tribes. Most of them live in or around their local forests, and have been involved for centuries in the protection and conservation of these forests. Thus, naturally, tribals have extensive knowledge about the biodiversity around them. Tribals have a close bond with natural resources. This relationship is spiritual, cultural, practical and supportive. Till the time the villages were under the control of tribes, the latter faced no difficulty in fulfilling their needs. In fact, the complexities of the forest life had become a part of their life-saving system. However, in the last 60 years, especially during the “development” phase — when mining activities and industries were growing exponentially, besides the increasing use of power and forest resources —  their cultural and age-old traditional knowledge has been facing a coordinated attack. This is the reason, they’re going through an inferiority complex and have lost faith in themselves. Buzzing city life and the urban style of living is pulling the tribals away from their roots.

When our next ‘parinda’ explained this to me, he also told me about his efforts in saving the traditional forest-based knowledge of tribals and their culture.

Sunil Deshpande, at a very young age, was told that his father would only be able to support his education till Class X. And if Sunil wanted to pursue further education, he would have to find a way on his own. When Sunil was in Class VII, he decided to fund his own education. He started making idols and bamboo kites to support his education. Soon after Sunil finished school, the mill where his father worked was shut down. Their family’s financial condition become worse. Now Sunil did not only have to support his education but also contribute towards the household expenses. Fortunately for him, a scholarship supported his college education while his job at a furniture store helped him look after his family needs.

However, after finishing college, Sunil realised there wasn’t much use of the textual knowledge he had gained in the last few years. Most of what he had learnt in school and college seemed like a waste to him, and he started wondering what really was education.

“If a students spends 20 precious years of his/her life in gaining knowledge and yet has to struggle later to support his/her living, then what is the significance of such an education?” Sunil would often wonder.

It was in college days that Sunil had become involved in student politics. He would often be part of student groups advocating for “adequate education” but he soon realised such campaigns would not really be helpful.

“Campaigns should be aimed at bringing about a change in the nature of education and not to improve the education system,” he realised, and started a Sunday School with some of his friends to impart practical and alternative knowledge to village children and poor city kids.

It was during this period that that an educator asked Sunil to meet a Venu Kale. “He is working on something, and you might be able to help him,” the teacher told Sunil.

When Sunil reached Venu’s house, he saw that a group of tribals were sitting and working with bamboo. After spending a day there, when Venu asked him if he wanted to work with him, Sunil immediately said yes. Sunil first learnt bamboo craftwork, and then got the opportunity to travel the country because of his work. Later, he started a bamboo department in a university in Chitrakoot. However, when the university came under the UGC, it became like any other government institution, forcing Sunil to quit. By then, Sunil had understood the nature of government education and its little value in a student’s life. That’s when he quit his job at the government-recognised university and moved to Nagpur.

In Nagpur, he once again met his childhood friend Nirupama. Time passed, and the two of them decided to work together. Some more time passed, and they decided to become life partners as well. By then they knew that they wanted to live in a village and work for the people of the village.

Sunil and Nirupama got married on May 2, and they moved to Lawada village, in Amravati district of Maharashtra, on June 16 that year. In Lawada, they began to teach the locals bamboo craft and art. During this period, Sunil saw some incidents that made him realise that he did not want to work “for the villagers but with them”. He also realised that though urban dwellers think of tribals as uneducated and uncivilised people, they actually hold vast amount of knowledge and judgement.

“Once, in the month of March, an old tribal man came to me to sell mangoes. When I asked where did he get mangoes from (considering it was an off season for the fruit), the man said that the mangoes had fallen from a tree the previous day after a strong wind. I asked him why he wasn’t eating the mangoes himself, and the man told me that he eats the fruit only after ‘akha teej (or Akshaya Tritiya – a holy day for Hindus and Jains)’. ‘But you city dwellers eat anything at any time!’ the man had said,” Sunil recalls. “I had heard of Hinduism, Islam, Jainism, Christianity and Buddhism. But I wondered what faith did these people follow,” Sunil adds.

With this curiosity, Sunil approached his guru who told him that there is science behind what the old tribal man had said. The guru explained that the seeds of a mango only mature after akha teej. And the tribals believe that if you eat a mango before its seed is mature, you’re killing a tree even before its birth.

Sunil realised that this kind of knowledge was extremely important and practical, yet city dwellers had not clue about it. Instead, it were the villagers and tribals — or the so-called uneducated and uncivilised population — who held this knowledge.

“We can debate about environment issues and write research or academic papers about it but it’s the indigenous population that lives (with) the environment. If their knowledge is not preserved, it will become extinct,” Sunil believes.

And so, he and his wife established a village knowledge centre where students are taught traditional and cultural knowledge to ensure that they live a successful practical life in co-existence with the environment. No student is awarded a degree or a certificate in this institution, they are only imparted knowledge and for free — our culture doesn’t believe in the tradition of selling knowledge.