Saving wildlife to save mankind 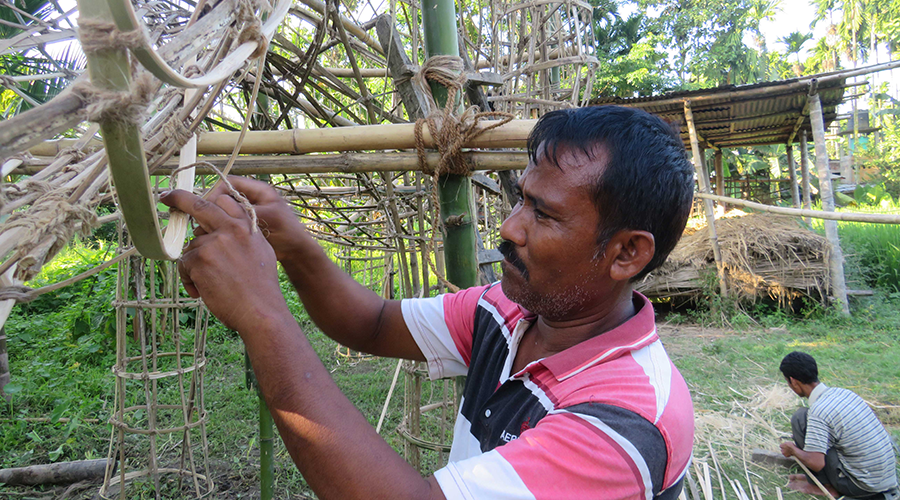 In a recent study, researchers from the World Wildlife Fund and the Zoological Society of London have stated that two-thirds of Earth’s wildlife will be lost by 2020.

Our mountains, forests, rivers, oceans, elephants, rhinoceroses, whales and thousands of other flora and fauna are in danger today. The research further states that this extinction of species and damage to the natural surroundings will gravely affect the balance of nature, which will eventually lead to the end of mankind too.

Humans of this life-sustaining planet must understand that the world population is not the same as it was some decades ago. We’re so many today that the Earth has become small for us. As the world is getting smaller for us, we’re getting more and more selfish — we want more and more. It seems like we all live in our own worlds (read bubbles); and this world has no place for wildlife. Even if there is a scope or space for wildlife, it’s only for our selfish reasons, for the purpose of our entertainment or for our own benefit.

However, mankind wasn’t always like this. Our ancestors respected nature and wildlife; and lived in harmony with them. Our ancestors knew their boundaries and respected them. They were also aware of the boundaries of wildlife. For centuries, they lived together without interfering in each other’s lives.

Unfortunately, people — because of our growing population and selfish reasons — are now crossing their boundaries. And this is the reason our love and respect for wildlife is diminishing.

Our next parinda, Bhagwan Senapati, has initiated a unique campaign to revive the love and respect that communities held for wildlife. By profession, Senapati is a craftsman who works with bamboo, wood and other natural resources to produce beautiful artifacts, which are then sold at various fairs and exhibitions.

Senapati says, “I find the inspiration for my art in nature. I have spent my life around forests, amid nature and watching birds and animals in their natural habitats. However, in the last few years, I have seen a rapid decline in the numbers of these birds and animals. Conflicts between man and wildlife, too, have become extremely common. Often, elephants and rhinocerous stray into farmers’ fields and destroy their crops. Incidents like these, which used to be rare in the past, have become an everyday affair today.”

When Senapati sat down to think about this a couple of years ago, he understood that the reasons for this were simple. Humans had not only taken over the homes of wildlife but their sources of food as well. Forests (habitats for wildlife) are shrinking by the day while our colonies are getting bigger and bigger. This is the reason these animals are forced to enter the fields and villages in search of food. Subsequently, we end up labeling them as our enemies, thus widening the gap between humans and wildlife even more. Our love and respect for wildlife has almost vanished; and now humans are just pushing the wildlife towards death. Worried about the situation and the consequences that human life would face eventually, Senapati decided he had to do something to conserve wildlife. And so he came up with a unique initiative.

Assam is known world over for its annual Bihu festival. During this festival of harvest season, several artists display life-size installations made in bamboo and rice — known as bhelaghar. For the last two years, Senapati has been putting up installations, at these festivals, through which he presents the link between humans and wildlife.

Senapati actually starts working a month before the Bihu festival of harvest. He travels across the state, raising awareness among the crowds about the need to conserve wildlife, and the coexistence between humans and wildlife. For his efforts like these, the Assam government even felicitated him last year. This year, Senapati plans to set up an installation of a 30-feet rhinocerous and a girl.

“This is not my fight alone. I’m just an artist who creates artifacts and installations. But I am able to do this only because of the massive support I receive from my fellow villagers who share the cost of the installation. Every household contributes Rs. 50-100. Even village children actively participate in this campaign. And this is the kind of effort that we must see across all villages in the country, with people coming together for the cause of nature,” says Senapati.

“I am focusing on villages rather than cities because the latter have no direct contact with wildlife. The real struggle is for us villagers. For city dwellers, wildlife is just a source of entertainment during their occasional visits to a zoo or a forest reserve. They don’t have to live ‘with’ wildlife. They are already too distanced from nature. Yet, when they are looking for ‘calmness’ and ‘peace’, they come running towards nature for a ‘holiday’. It is us, who live in villages, who have a direct contact and connection with nature. If we won’t love and respect nature, the struggle will be inevitable,” he adds.

Today, mankind has access to various modern tools and techniques to destroy nature. This makes people think they are more powerful than nature. But what they don’t realise is that the death of villages and forests actually means the death of mankind too.