The man who speaks with his heart 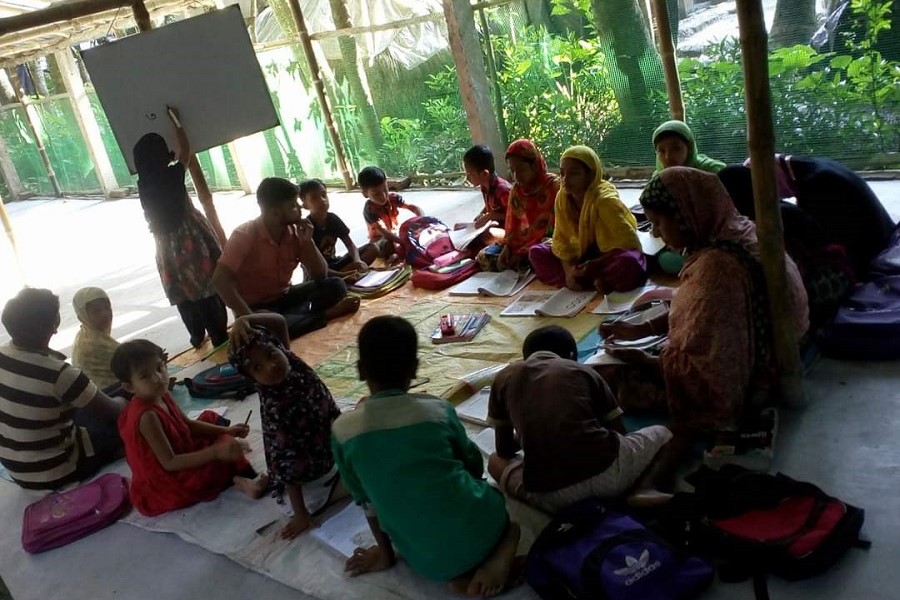 “My main objective is not community development; that is my happiness. Social work is its by-product.” – Nazar Bandhu

Different people find their happiness in life in different ways. Abdul Nazar, a young man from Muvattupuzha, finds his happiness in living as the Bandhu of Chakla, a small village in West Bengal. In Bengali, ‘Bandhu’ means a friend.

Nazar resides near the Loknath Baba Temple, which is considered as the heart of Chakla. Whoever goes to Chakla and asks, will be shown the way to Bandhu’s house with a smile on their face and even more joy. Everyone in the village, regardless of their age, calls him “Bandhu”.

Nazar hails from Muvattupuzha in Ernakulam district of Kerala. He spent his school life at different places in Ernakulam. He then graduated with a degree in Sociology from Islamia College, Thalikulam. He later pursued his postgraduate studies in Social Work from Sri Sankaracharya University.

The beginning of a revolution at Chakla was marked when the metamorphosis of Abdul Nazar to Nazar Bandhu took place. We could even classify the Chakla as before and after Bandhu. Nazar first came to Chakla in 2011 as a project coordinator for the Human Care Foundation. He later remained there as part of the work for five long years. It was during this period that Nazar began to learn more about the village. Chakla is a village located in North-24 Parganas, the most populous district in India. The nearest government hospital is 18 kms from the village. There are eight doctor’s clinics in Chakla. Most of them are doctors with educational qualifications below SSLC. Government schools that run for just the namesake of it, students dropping out halfway through their studies, financial exploitation by landlords against farmers; these are a few of many problems that are being faced by the villagers of Chakla. Despite the closure of his project, Nazar decided not to leave Chakla as he witnessed and endured all these problems for those five years. 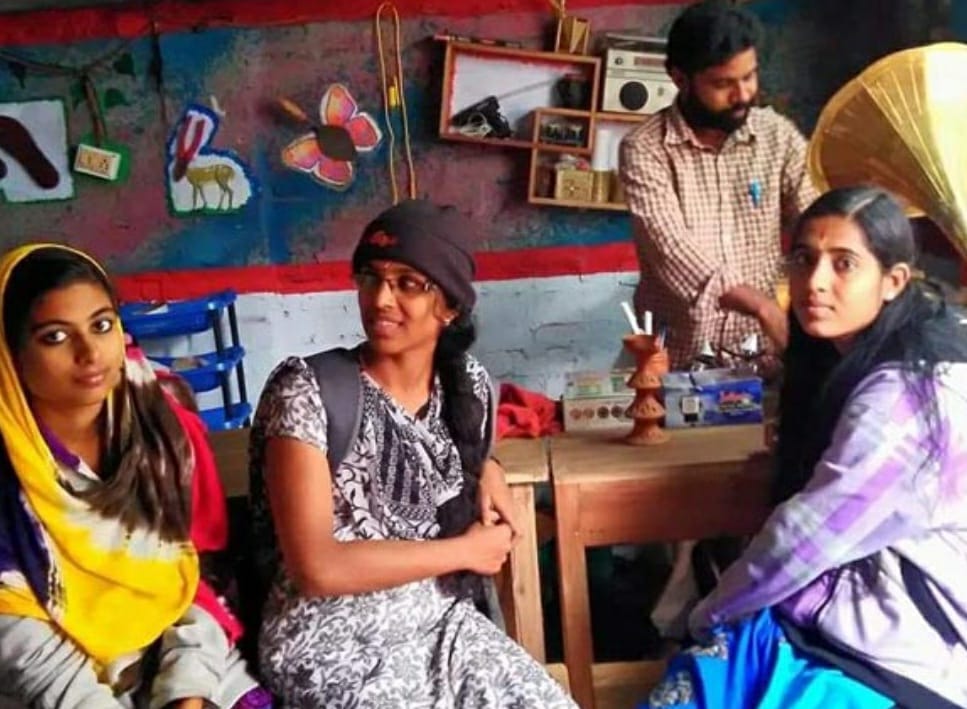 In 2016, Nazar founded his own venture, the Zero Foundation, a Non-Governmental Organization in Chakla. In the beginning, he faced many crises like financial hardship. He would carry out the organization’s activities by borrowing money on interest, with the help of friends, and spending his own life’s savings. Most of the villagers made their living by farming and Nazar chose the same path. Chakla’s landscape is rich with jute, mustard fields and paddy cultivation. In addition to these, nurseries are another form of farming in which people are engaged. Nazar started a nursery on a leased plot of land and also provided employment to a few farmers. Although he was relieved of his financial difficulties, he found it very difficult to go down at a deeper level to understand the problems they were facing. In order to overcome that, Nazar settled in Chakla. To learn more about the villagers, he first started a tea shop there. The perception of tea shops as a place where people talk about the village and the local issues gave rise to this idea. He named his tea shop “Bandhu‟. The tea shop later played a significant role in making him a Bandhu of the entire people of that village. 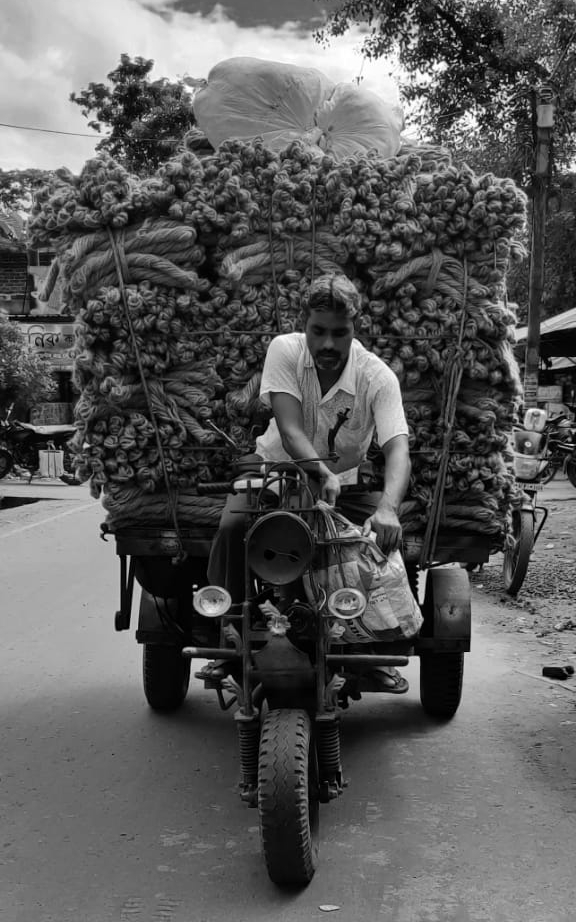 A farmer taking jute to other cities for export (Photo: Amal Dev)

“During my time with Daya Bai I learnt that when working in a community, only by being a part of that community, as one among them, can one understand and recognize their problems,” Nazar adds. Traveling was a major part of Bandhu’s life. His time with Daya Bai pertaining to his internship at MSW and his stay with Buddhist monks in Himachal Pradesh as part of the Dalai Lama Fellowship gave immense strength to his life’s journey. 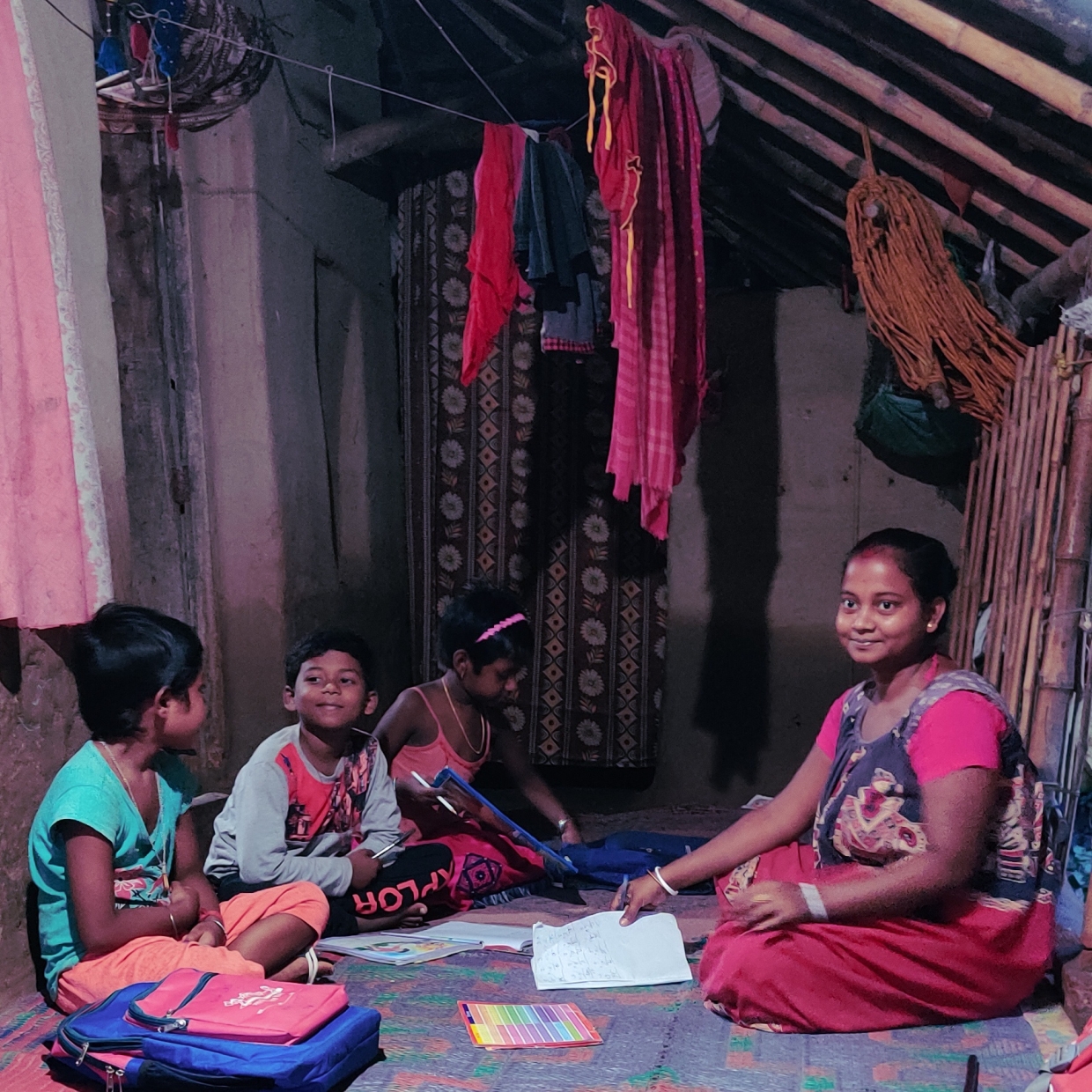 A woman taking tuition for children at her home as the schools were closed due to Covid outbreak (Photo: Amal Dev)

Through Zero Foundation, Nazar Bandhu aims at rural development by means of decentralisation. Rural development is being pursued through the areas of women empowerment, education, agriculture, housing plans and health. The first project implemented by Nazar with the help of Human Care Foundation was to build and furnish toilets. The project was completed successfully, but the toilets were not kept clean and caused further health complications. The first thing Nazar then did to learn about the village was to conduct a detailed survey. Each of the projects were later implemented based on that survey. With reference to the data received from the survey, houses worth rupees 1.5 lakhs were constructed for the 25 poorest families in the village. Nazar sought to implement women’s empowerment in Chakla by linking education, agriculture and self-help groups. He was able to succeed to some extent, but it wasn’t easy at all in the beginning. Nazar was mistaken as one of the scammers by the victims of the money laundering scams that took place in the village earlier. Yet he was not ready to give up. Due to his constant interaction with the villagers, individual self-help groups began to form. After its formation, Nazar’s first aim was to provide primary education for all the women in these groups. Later, the women of these groups took loans from the co-operative banks and started farming. Today, there are 43 SHGs operating under the Zero Foundation. Currently, at least one new self-help group is formed every week in Chakla. Nazar and the women often meet on the veranda of the Chakla Mandir to form a group. 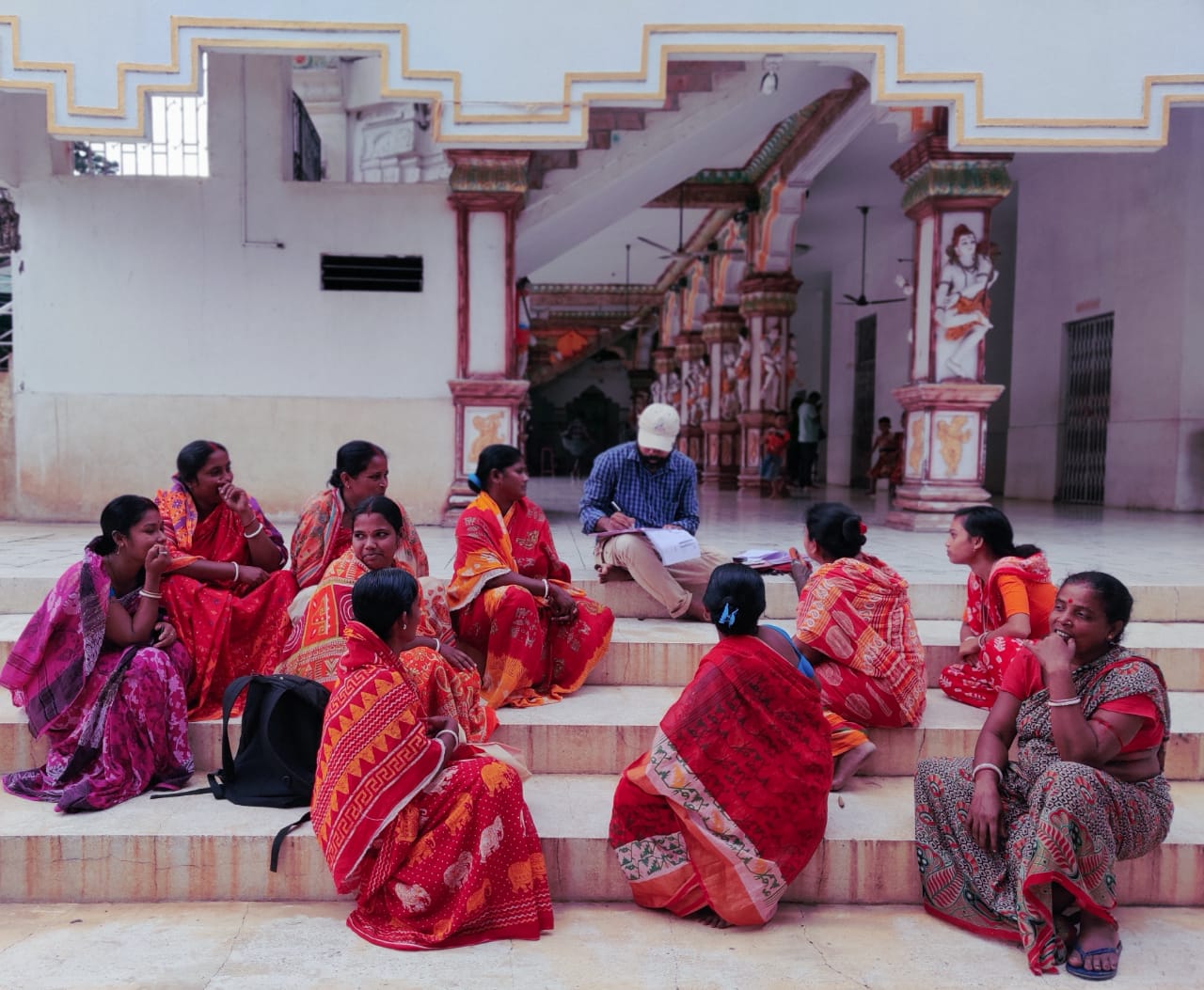 Government schools in and around Chakla were operational for the sake of its name. In addition to that, the standard of education is below average. It was also common for children to drop out of school and go for paid jobs. Nazar then began to take tuition in the evenings for a few children, thinking he could do something regarding the same.

“The current Ideal Learning Centre is not a school; it is a space for lovingly reminding students of school subjects, giving them pens, pencils, books and bags with games and laughter. It started in a small room, and gradually more children joined the classes. Then a new building was built. Building in the sense, it is a shed in length. As the number of children increased, so did the number of teachers. Started with one, then two, three, four and now it has reached five,” says Nazar Bandhu. 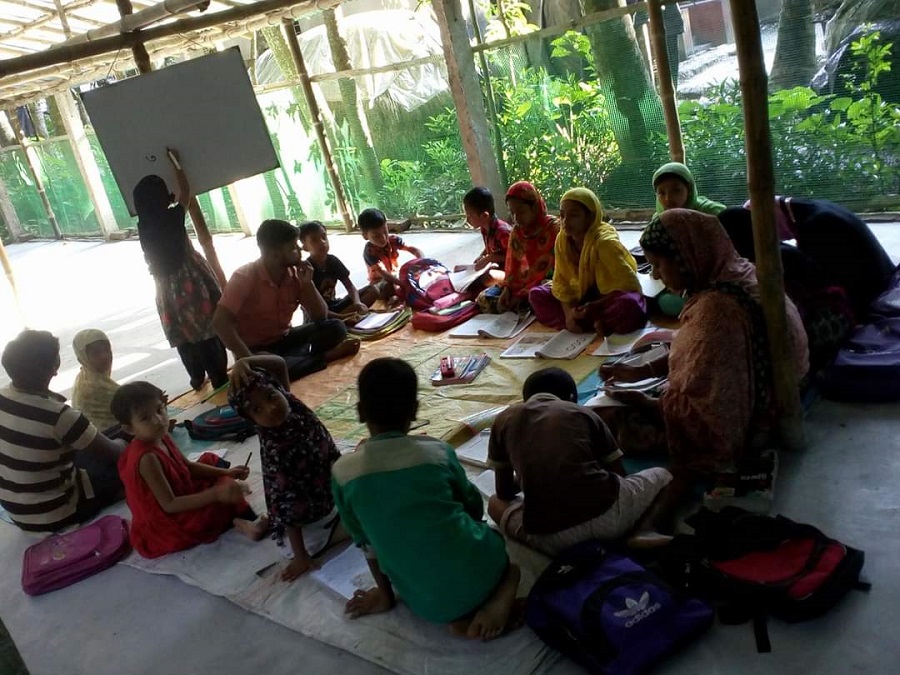 ‘Bengal Yatra’ has been a part of Zero Foundation since 2017. It is held in the month of December every year. It is a 10 days travel through the villages of Bengal. Only 25 people are provided the opportunity to be part of the travel. “If asked why, the true answer is that the purpose of the travel is to travel. To see, to experience and so on…” Nazar adds. Beyond the answer that the journey is for the sake of the journey, the impact of the Bengal Yatra on its participants is not small. Anuradha Sarang, an IT worker who took part in the Yatra the previous year, is currently working with Nazar on a new educational project in Chakla. Muneer Hussain, a young man who traveled to Bengal in 2019, wrote and published the book ‘Bengal Diary Kurippukal‘ (Bengal Diary Notes). These are among the finest examples of how huge changes are created in human thinking through travelling.

Nazar has no worries, dreams or complaints about the Zero Foundation’s future projects or prospects. Nazar believes that everything happened as part of his happiness. While many young people find happiness in making money and gaining fame, Nazar finds his happiness in the smiles that come from the hearts of the people of Chakla. The life he created for himself, as a Bandhu to an entire village and its people in a country ruled by caste colonies, and the joy he experiences by being a part of their lives, is beyond words.

Nazar Bandhu can be reached at: contact@zerofoundation.in

Teaser/SEO description: Nazar Bandhu, a native of Muvattupuzha, who leads the village of Chakla in West Bengal to self-sufficiency through Zero Foundation.