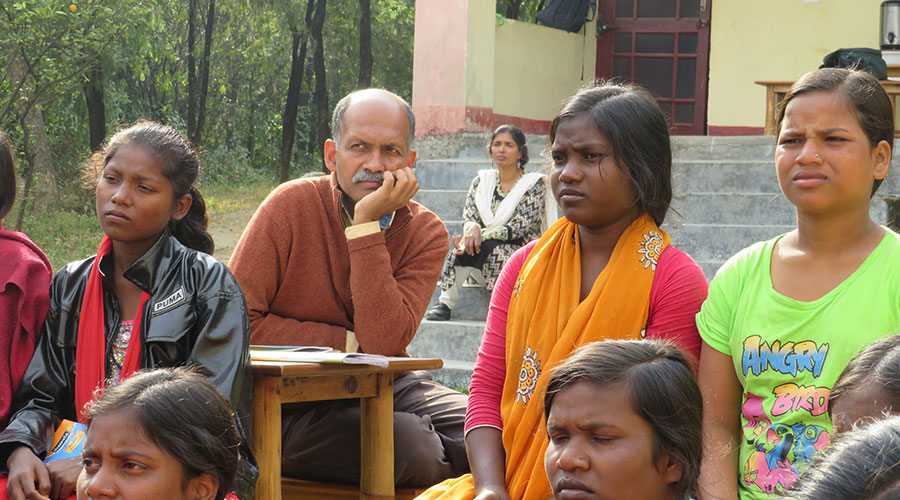 The journey of 52 Parindey has so far revolved around vocations and individuals that protect the environment. However, this story has no direct relation to environment. In fact, there is a special reason for selecting this story as one of the 52 stories. And you’ll know about it later when you see the video. No matter how much we discuss an issue, we can’t find a solution for a problem unless we completely understand it or experience it. To find a solution for any problem, it is important to first find answers to questions surrounding the problem and understand its various aspects in depth. Each of these questions and understanding must be seen as a piece of a larger puzzle. Once you are able to connect all the pieces of the puzzle, only then will you be able to reach to the root cause of the problem and, eventually, solve it. That is what science is all about too.

Our latest parindey from Palampur, Sarit Sharma and Sandhya Gupta, use science and mathematics to gradually develop the thinking of posterity. Through this, they want to prepare the future generation to have the ability to identify between right and wrong; to stand in the society without fear; to be able to raise questions; and find answers on their own.

Sarit and Sandhya are engineers by profession and soul. They enjoy using science and maths for their experiments. After the two completed their education in India, they worked in the country for a few years. When they had earned enough money, they went to the US for their further studies and continued to work there for a decade. Though they had decided that they would not work in the US for more than 10 years, they were not sure what they would do post that. By that time, their daughter was also a little older; and the couple wanted their daughter to know more about her country of origin and its culture. And so, the family decided to return to India. They didn’t know what they would do in India, but they had simply picked a location on the map of India and decided to move to that town — Palampur. Their reason to choose this town was that its weather was nice and it was away from the fast-paced life of a city.

When the couple arrived in Palampur, they too were concerned about their daughter’s education just like any other parents. However, Sarit believed that a school wasn’t necessary to receive education; one could gain knowledge anywhere. Sandhya, on the other hand, wanted to send her daughter to a school. So she visited and surveyed a lot of schools in the region and finally reached the conclusion that government schools cause the least damage to a student’s life. So, Sarit and Sandhya enrolled their daughter in a nearby government school; and took up teaching jobs there as well.

Now that the two were directly connected to an institution, they found several gaps in the education system. So tackle these barriers, the two devised several innovative techniques and incorporated them in their teaching methods. This way, they engaged the students more enthusiastically in topics of science and maths.

Soon after, they established Avishkaar, a platform through which they engaged with students from various parts of the country; and used the medium of science and maths to help youngsters build the power to think, understand and question. Sarit and Sandhya wanted to make these children independent and capable of doing something good for their society.

“Besides giving lessons, we also organise science fairs in various parts of the country. Though we interact with any and every student, we try to focus on those who come from disadvantaged backgrounds. The reason for this is that we want them to become so capable and independent that they are able to create their own strong individual identities. We want them to be able to represent their society, questions their problems, find solutions for them, and eventually erase the words ‘backward’ or ‘disadvantaged’ from their dictionaries,” says Sarit.

“Maths and science teach us to question things. They force us to think. And when a person is forced to think, he/she begins to raise questions. You can’t find an answer unless you question. And you can only find the right answers if you’ve asked the right questions at every stage,” he adds.

That’s how science works. It makes children observe and question so that they are capable to find the right and wrong on their own. And Sarit and Sandhya enable the children to make this informed decision.